We caught up with Crilly from Ashestoangels before the Swansea date of The Last Sunrise tour. 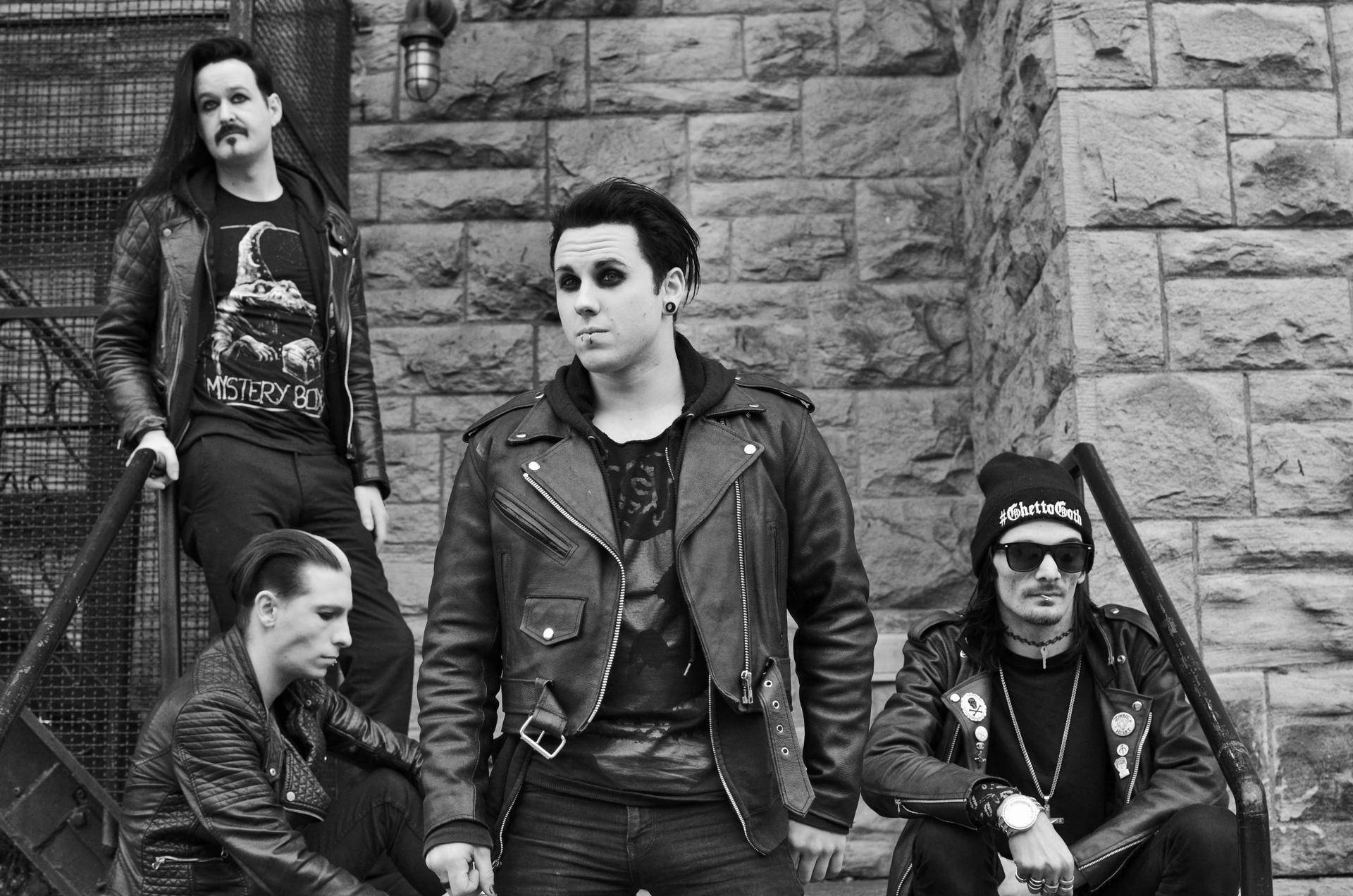 We caught up with Crilly from Ashestoangels before the Swansea date of The Last Sunrise tour.

You recorded album number four out in Seattle. That must have been an incredible experience…

Yeah it was very cool. Where Nirvana are from. It was just really cool. It was nice working in someone’s home studio, it is a real studio but it’s in his home so. About the same time constrictions and can basically do whatever you want. Which is cool.

Is there a title for the record yet?

Yeah, it’s called How to Bleed.

What can we expect from the new record? How has it evolved from Horror Cult?
It’s better and our guitar player Adam (Falkor) only has one eye now, so that’s cool (laughs). I don’t know if that has any relevance to the sound. Evolution, maybe, progression definitely. I don’t know, it’s a different record. It’s newer, it’s better.

You toured America for the first time on a couple of shows with Black Veil Brides and then on the American leg of The Last Sunrise tour. How was that for you?
That was pretty, pretty good. I would not say no to doing it all again.

How did the fans react towards you?
Really, really well which was good. I was worried and then I wasn’t worried cause it was fine.

How has the UK leg gone so far?
It is great. Although I do miss not being in charge. On this one, I booked the tour and all of that shit, so it all falls on my shoulders. I’m not really worried, it’s good to be out and playing.

You provided guest vocals on one of the tracks on the self-titled Aiden release, what was that like and how did it come about?
It was good, it was fun. My voice was wrecked from the British Horror Story tour but he just called me up and was like “you can either record it here or fly out for a couple of days vacation”. So I flew to Seattle literally for like four days, which made me feel pretty cool.

You’ve been marked by media outlets as being some of the front runners in the “New Grave” scene. What’s your opinion on the genre and how does it make you feel?
I’m not sure if it’s a genre really, I think it’s like a banner really. It might be the name of my army that I’m in charge of. I don’t worry too much, it’s cool. I like it, it’s way better than the fucking horrible things people call us.

We always end the interviews with a few random questions. You could have written any song in history, which would it be?
I don’t know, can I have a different one? It’s a hard one.

What would your chosen topic be on Mastermind?
(have to explain what mastermind is) oh my specialist subject: 2006 emo bands.

If you had to pick one song that made you want to be a musician, what would it be?
Ziggy Stardust.

What would your zombie apocalypse survival plan be?
There is this ski lodge and I think that no matter what kind of zombies you have, they’re dead so frozen tissue is gonna slow them down. The weather there is so inclement plus you got high ground, plus there’s a couple of places along the way we can get the appropriate guns and supplies. You can live off the land and also you can close the snow gates. It’s a solid plan.