An introduction to Only Sun

Following the release of their new music video, ‘Vice’, we caught up with High-Wycombe’s indie-rock five-piece, ‘Only Sun’. 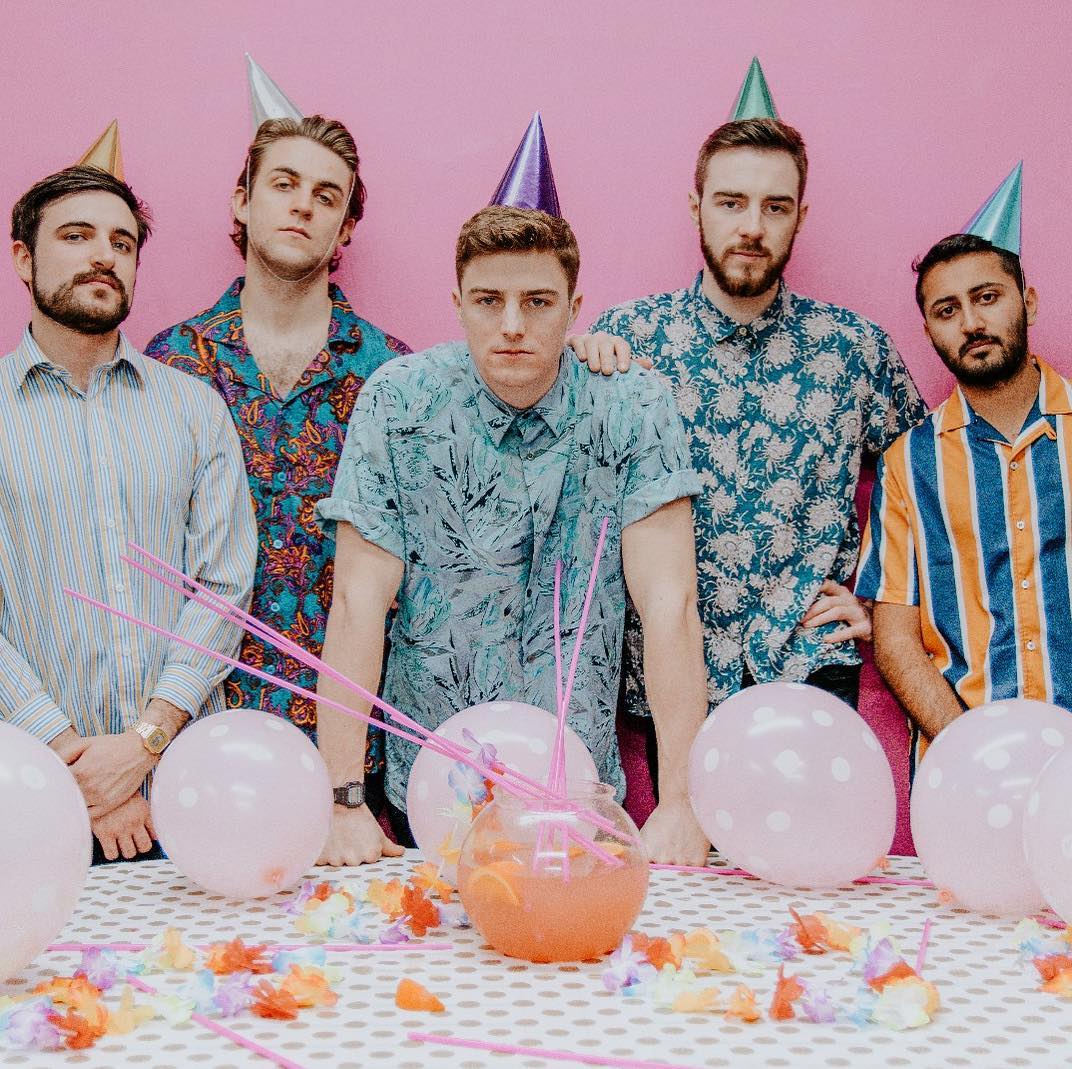 First things first, how would you describe ‘Only Sun’ in three words to someone who has never heard you guys before?

How did you come up with the name ‘Only Sun’?

The name ‘Only Sun‘ stems from our first band meeting three years ago where the original four of us realised that we were the only sons in each of our four families. However, when Darragh joined the band this went out the window as he has two brothers and now the name means nothing.

Who are your main influences?

Mainly late noughties indie rock. Bands like The Maccabees, Bombay Bicycle Club and Peace were what got us started. Since then we’ve drawn in from countless other places including artists like Chic, Jain and Taylor Swift.

Have you been enjoying the sun and nice weather recently?

Absolutely loving it. The sun makes us all better people, you know.

You guys recently supported Marsicans on tour and got a great reception at the gigs, how was that for you?

That was such a good experience for us, we’ve wanted to play a show with the Marsicans guys for a while now so that was great! On top of that meeting Abbie McCarthy and playing discovering Childcare and Lucia was great. We wish we could have done a longer stint!

What has been your favourite song to play live?

My (Ed – Rhythm Guitarist) favourite currently is ‘Lives‘. It’s quite early in the set and it’s the one that really gets me pumped up and going. It’s got a really good energy to it.
As a band it’s probably ‘Does It Matter?’ because we are so comfortable playing it live that we just go a bit crazy on stage and have fun with it. ‘NHS70‘ has gone down unbelievably so that’s always one to look forward to as well.

How accurate is the ‘Vice’ music video to what the music industry is actually like?

To be honest, most professional music videos are nothing like that. However, here at Only Sun Inc that utter chaos and carnage is more commonplace. Every video that we do ourselves begins with us suggesting nonsensical ideas before we come up with something that we could stretch to 3 minutes worth of footage. We really wanted to show that with this video.

Was that music video as fun to film as it was to watch?

Absolutely! There’s always stuff that we come up with on the fly during filming and there are always loads of laughs during the process. It all gets a little bit ridiculous.

Do you have any plans to release new music soon?

Keep an ear out is all I’m gonna say.

Where can people see you play this summer?

We only have our May shows announced for the minute but we’ll be about at a couple of festivals later on in the summer. Watch this space!

And finally, is there any festival you’re not already playing that you’d love to?

It’s our collective dream to play at Reading and Leeds. We grew up with that being our local festival so from a young age that has been a dream to do.
Other than that we’d love to do Glasto because that’s the biggest and probably best in the world. No one does festivals quite like us Brits!
‘Vice‘ is available to buy and stream now, and you can see them live here.