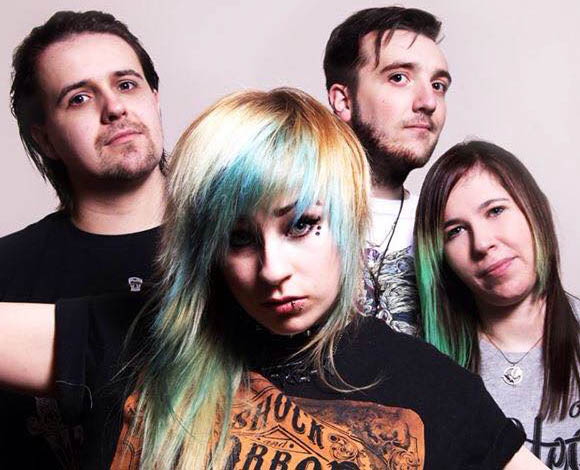 The band formed in 2010 and have played venues up and down the country including sharing the stage supporting the likes of We Are The In Crowd and The Wonder Years. Last year the band launched their second EP Stop and Live and they’re finally ready to release their debut full length album later this year. There debut album was Recorded in Cardiff’s famous Longwave Studios, and was produced by Romesh Dodangoda who has worked with the likes of Twin Atlantic, Bullet For My Valentine, The Blackout, Funeral For A Friend. Altered Sky are Ana Nowosielska, Amy Blair, Richard Passe and Ross Archibald.

The lyrical video for Bury it All from the forth coming debut album is available to watch here This video features sketches by the fans of the band. The single will be available on 20th July 2015 and below their answer the A-Z interview!

Everything on Blink-182 – Enema of the State! Still the best album of all time!

A cello (or double bass?) in the dressing room! Also the time we played in Ireland and we were put up in a wedding guesthouse – that was sweet!

“But if you could see me now, you know I’d never leave you. I will make you proud, cos you know I believe you’ll fly…”

Say It Again – once Ana had the initial idea, the whole song came together in one night.

Where I Belong – it’s a proper party song and great fun for us to jump around to on stage.

Having to keep secrets! We have SOOOO much cool stuff in the works that we just can’t tell you about yet!

Have a story in your head that you want to tell. If you have a powerful idea, the lyrics and melody will come from there.

Edinburgh to Swansea overnight for our first ever show outside of Scotland.

Dave Grohl – as well as being lovely, it seems he’s indestructable too.

Out tour buddies Speaking In Shadows! Can’t wait to hit the road with them!

Playing at The Warped Tour in the US would be incredible!

South America or the Far East would be incredible! There’s a huge appitite for music there, and the fans all seem crazy!

“Don’t stop, never give up. Hold your head high and reach the top” ~Gandhi

Bury It All is about putting your differences with someone behind you and remembering what made you friends in the first place.

Bury It All Tour 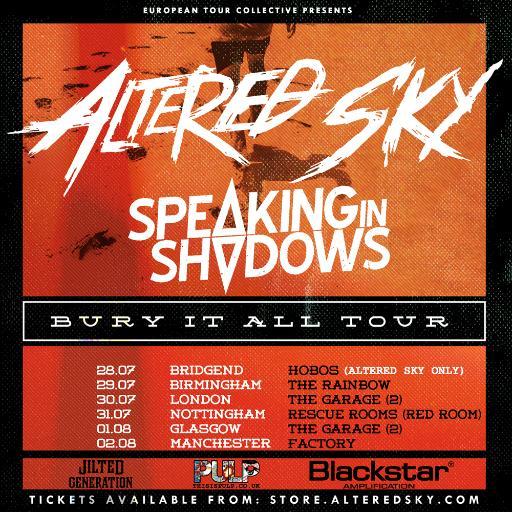 Nope! Right now is an amazing time to be a band – it’s easier than ever to reach people all over the world.

Ana sometimes makes phone cases and necklaces – you need to ask her nicely for one.

If we get bored at rehearsals, sometimes we do swing versions of our songs… they’re NEVER getting released though!

Everything. We’d not be a band at all if it wasn’t for them.

None – we’ve been really lucky so far!

We’ve never been late for a show! But if we were, it would probably be because Ana got distracted chasing seagulls.

LION! Although they really shouldn’t be in zoos.