With the EP ‘Birth’ released two years ago, they are at the point now where they are currently working on a new album entitled ‘In The Middle Of The Seas’. We had a little chat with the band to find out a bit more about them and the origins of their sound. 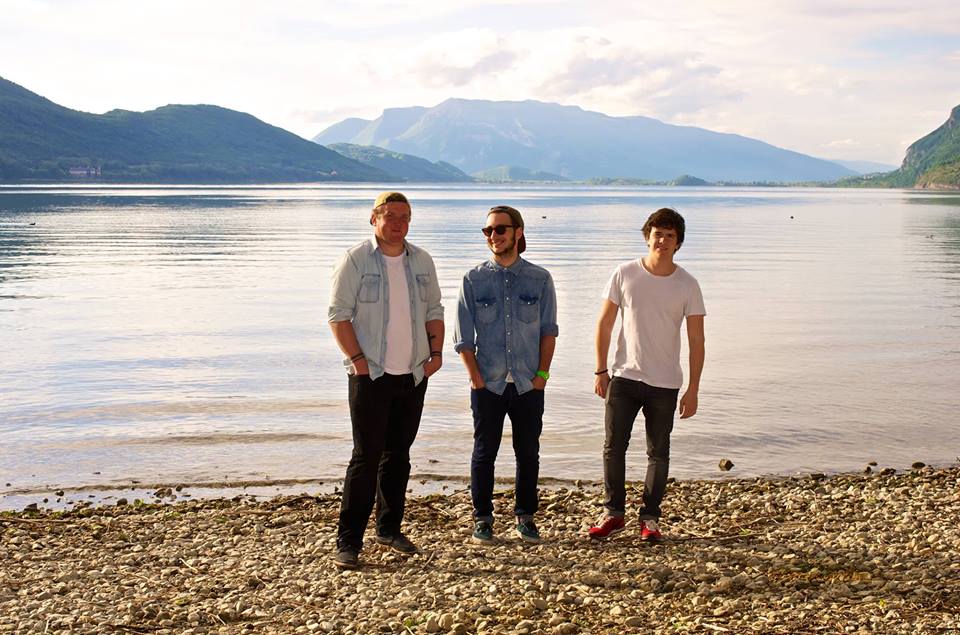 Happening are a french three-piece who fuse their countless influences to create a unique and fresh take on Post-Hardcore whilst maintaining a Punk Rock energy. With the EP ‘Birth’ released two years ago, they are at the point now where they are currently working on a new album entitled ‘In The Middle Of The Seas’. We had a little chat with the band to find out a bit more about them and the origins of their sound.

Hello Happening! How are you today?

Hi ! Everything’s fine thank you. (Funny to start a written interview like that!)

For those who don’t know who you are, who are happening and why ‘Happening’?

Happening is a french trio. We don’t really want to put a genre on what we’re doing, part of this choice is because we don’t really know in which case we fit in. We don’t think it’s really important, if people are curious they’ll listen “Galilée” and the album when it’ll be released. When we wrote the first EP, we didn’t think about a name for the project, we just wanted to write songs and go out there to play some shows. But in the end, we had to think about putting a name on it. The three of us were more or less in a bad shape at that moment in our lives, and this band was the only “hobby” we had. We liked the fact of being together between friends playing the music we like, the essence of a band. So we came to the point where we thought this project was our “Happening”. It’s short, simple and catchy.

You are a band who fuse many influences, what are the four bands that have inspired your style and sound?

Let’s say we are all listening to different kind of music, and we also like the same things. We refuse to put a barrier when we’re writing. Whatever the style of the track, if we like then we keep it. I think it’s impossible to categorize ourselves with only 4 bands, but let’s try !

Thrice / Stray From The Path / Norma Jean / Lower Than Atlantis

It was the first time we went in a studio with this band. But we already knew the guys who we worked with. The recording of this EP was quite easy and relaxed. We partied a lot, it went really quick, and the happiness at this moment made us totally into it. We knew it was the first songs people would hear from us so we were impatient.

We never had a bad feedback about “Birth”. Very few CD report are saying “bad” things about it. People are talking about the voice, the fact it sounds fragile, and i accept it. I only think it’s a part of the band’s identity, and it’s not something i’m willing to change. It’s much more assumed on the album to come, but you’ll be able to find again this fragility. Some will like it, others won’t. We don’t want to become the guys the listeners want us to be even if we’re opened to the feedback whatever it says. We’ll continue to create things that are pleasant to us, hoping it will also be pleasant to the guys that are following us.

How has your music been recieved in the UK? and Have you ever played a show in the UK?

We don’t really know. The EP didn’t really cross the borders, but we’d really like the English people to know us with the album coming. We never played in the UK, but it’s like a childhood dream to go there to play our music, we’ll do everything we can to make this happen quickly.

What is the next step for Happening?

The release of our first album “IN THE MIDDLE OF THE SEAS”.

Listen To ‘Galilée’ From “IN THE MIDDLE OF THE SEAS” Below:

The french music scene is something I’m not aware of too well, what are some other french bands who are worth checking out?

Take a look at the bands Above The North, The Amsterdam Redlight District, The Prestige, Birds In Row or Novelists which are all really great.

How have you changed your sound since forming?

I think it’s something that comes by itself. We’re growing, evolving, we don’t really ask ourselves this question. We just wanted to put more means in the production of the album, to have the sound we wanted.

Whats the ultimate goal for ‘Happening’?

Have a featuring with the Spice Girls, and know how to dance like M.Jackson. Our real aim is to play all year long, and write more albums than Franck Zappa.