Hi Gareth here, I managed to catch up with Area 11 at the Garage G2 in Glasgow on their winter tou 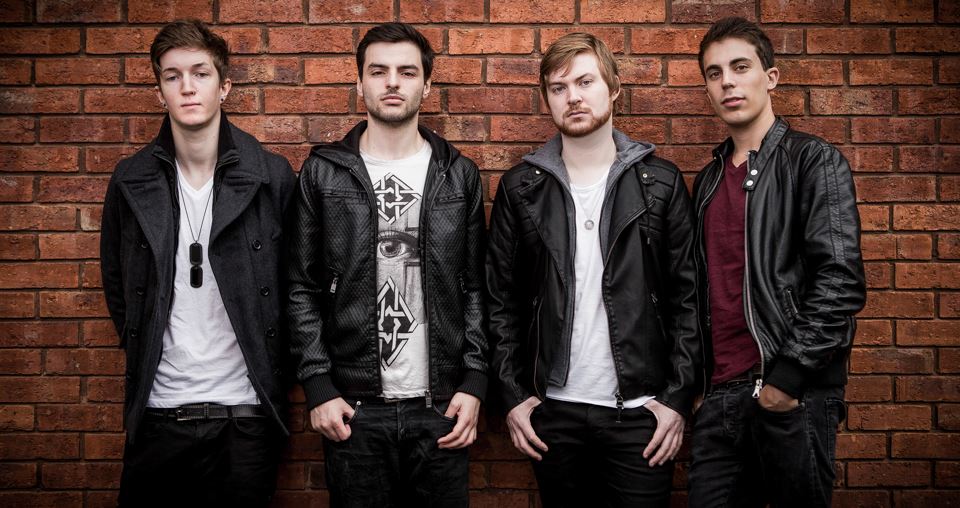 Hi Gareth here, I managed to catch up with Area 11 at the Garage G2 in Glasgow on their winter tour.

So how are you guys? How has the tour been going so far?

Kogie: It’s been going really good thank you. It’s been alot of fun.

Sparkles*: Yeah, this is the fifth gig, we are well into it now. We are into our stride, the tour has become really simple, really fun. The crew knows what their doing, we now what we are doing. Rolling into a new city every day and trying to play the best we can and this tour has been really good.

Your latest release was ‘Verses’. Is there a story behind the name?

Sparkles*: It’s a song about conflict, in it’s simplest form. That is what the name represents. We actually spent a very long time coming up with a name for this song. Although it isn’t particular inventive, we wanted something that was quite concise that would describe everything the song represented. We had a number name before.

Kogie: Original the song was call ‘siege engine’ because of the almost war machine feel of the intros. The almost marching rhythm of them. We ended up having a big debate and landed on Verses.

Kogie: There assume your staying the when you are not.

Sparkles*: And then you can go in, hang around in the hotel bar. Get a glasses of water and a coffee between the four of you and just sit.

Kogie: Until they kick you out.

Sparkles*: This one hotel had a library in it. We were getting old books down.

Sparkles*: Books about castle and things, trying to get names. Look at warfare terminology.

On the new single there is a little screamo. Is this something we can expect from the new album?

Sparkles*: To a point. It has always something that, even in previous bands I have been in all the way back to even when I first started making music. I have always thought of trying to incorporate different kinds vocals. We haven’t done a lot in Area 11 but, there are moments of screamy vocals. Even on Atlits there are a couple of moments and it is something we are trying to use. It does represent a few other songs on the album but its not in every song and it’s not defining the album.

Kogie: The plenty of more slow and melodic song with chilled out vocals with lots of different harmonies. It act as a nice punctuation.

Sparkles*: We are expanding  what we can do by saying this is what we can do, but we are not abandoning the previous style. We are adding to it.

For the album you guys went to Italy. Is there a special reason behind that?

Kogie: The main reason was that a friend of my dads has a guest holiday villa / chalet.

Sparkles*: Villa sounds quite posh it was more like an apartment.

Kogie: It was a few apartments in a remote town called San Giovanni. He does use them in the winter so he kindly let us stay there for a couple of months. We effectively found ourselves in this very quaint and very remote isolated small town with no English speakers.

Sparkles*: How many times did you have to go into town to get stamps, before you got stamps.

Kogie: It took a week to send a post card. And I am still awaiting for it to arrive.

Sparkles*: That was like the fastest communication. I am not even joking. No phone reception barely, no internet and we didn’t even have a car.

Kogie: Have you seen the shining? That’s kind of how it was. After spending a few months we came back with what we think, hope are really good songs.

Sparkles*: It was something we discuss at the end of last year 2014. We were in Tokyo at the time as a business / pleasure trip thing. And we were talking about and it was a bit of a joke about how we should maybe isolate ourselves from everything. And were thinking we should go somewhere like Scotland, in a country house or a cottage or something and lock ourselves away. And it’s all kind of funny and then we ended up doing it. Quite a lot of things in this band that start off as joke and then we take them too far.

Kogie: And that is why we have an album about Anime.

As an independent band, do you struggle to get your music out there to the masses?

Sparkles*: No. And the reason we don’t is that we kind of utilize social media and make it work for us I think it a way. We are not doing anything that is particularly unique but, maybe we are doing some things that other haven’t done before. Bands like the Arctic Monkey and Enter Shikari were the Myspace generation. They generated a huge following on there and were able to promote gigs and then get signed and take on. We are like the Facebook generation or the twitter generation or whatever the new thing is and the difference is in myspace early days there were a few bands then they got big. Now now there is a huge over saturation of bands online. And what bands should be doing is looking for niches and that what we did. We found a niche we all found enjoyable and could be a rider for our creativity and our music that we were creating anyway which we were all excite about.

Kogie: We build up a local fan base from that.

Sparkles*: Yeah, we essentially built up a fan base for people who were both into rock music and Japanese culture. We push those things together, and used that as a way to identify ourselves in a crowd of a lot of people and we were the probably the only ones doing that. So those people with those shared interest all came towards it. This then grew us to a point where we had enough of a following to try other things. When you say getting out to mass market, there are restrictions.

Kogie: We have had a fair amount of local radio play (GR: Bristol), but we have never really had any more than that. Hopefully as things keep on growing we will end up getting that.

Sparkles*: Well this is it. Up to a few months ago we had never really been in any press.

Kogie: Yeah, only this month have we had any magazine features.

Sparkles*: We were in Rock Sound and Kerrang! which is huge. But, that has come from the fact that we have singed to a management.

Sparkles*: It has open things up. As far as getting things out the tho, there are independent platforms like Tunecore which can get your music onto every iTunes store in the world. Get it to people has always been fine. Getting promoted in different territories is really something we are not doing yet, not even now. But by ignore that, it has allowed us to grow in a much more organic way.

On top of that, with bands like Crossfaith and Coldrain now making waves in the UK scene. Do you feel your music will be more acceptable to a large audience?

Kogie: It is safe to say we have drawn some influence from Crossfaith. (taking to Sparkles*) I know you have been in for a long time. And I guess there is a kind of wave of Japanese bands. It’s been happening over the last couple of years there are a few Japanese bands that have got really popular over here. The stand story is you make your music over here, take it to Japan and get really big, but no it is kind of being reversed. Bands like One Ok Rock, and these are bands we enjoy and have see live gigging. So there is more of a market for Japanese music however, the last album isn’t necessary focused like the last one. I guess this album is less of a niche.

I like to end the interview with a few either or questions. So which do you prefer. Moshpit, circle pits, crowd surfing or Wall of death?

Kogie: In terms of doing I would say crowd surfing. I guess it’s the most fun. You are lifted up on a pedestal. And I like getting tough in general so, any excuse.

Sparkles*: Kogie has be crowd surfing on this tour. I like circle pits tho.

Sparkles*: We had a circle pit in the Underworld in Camden. It was around this huge pillar in the middle and it was the most beautiful thing.

Kogie: There is this movie, Midnight express I think, where he in prison and he is walking around a pillar and it reminded me of that.

Sparkles*: Drum solo’s are kind of boring but, I don’t like guitar solo’s either.

And last but not least. Taylor Swift or Miley Cyrus?