Following a quiet period, Allusinlove are back with a rebrand and a new album in the pipeline! They tell us all about it in this sit down chat with Elizabeth Birt… 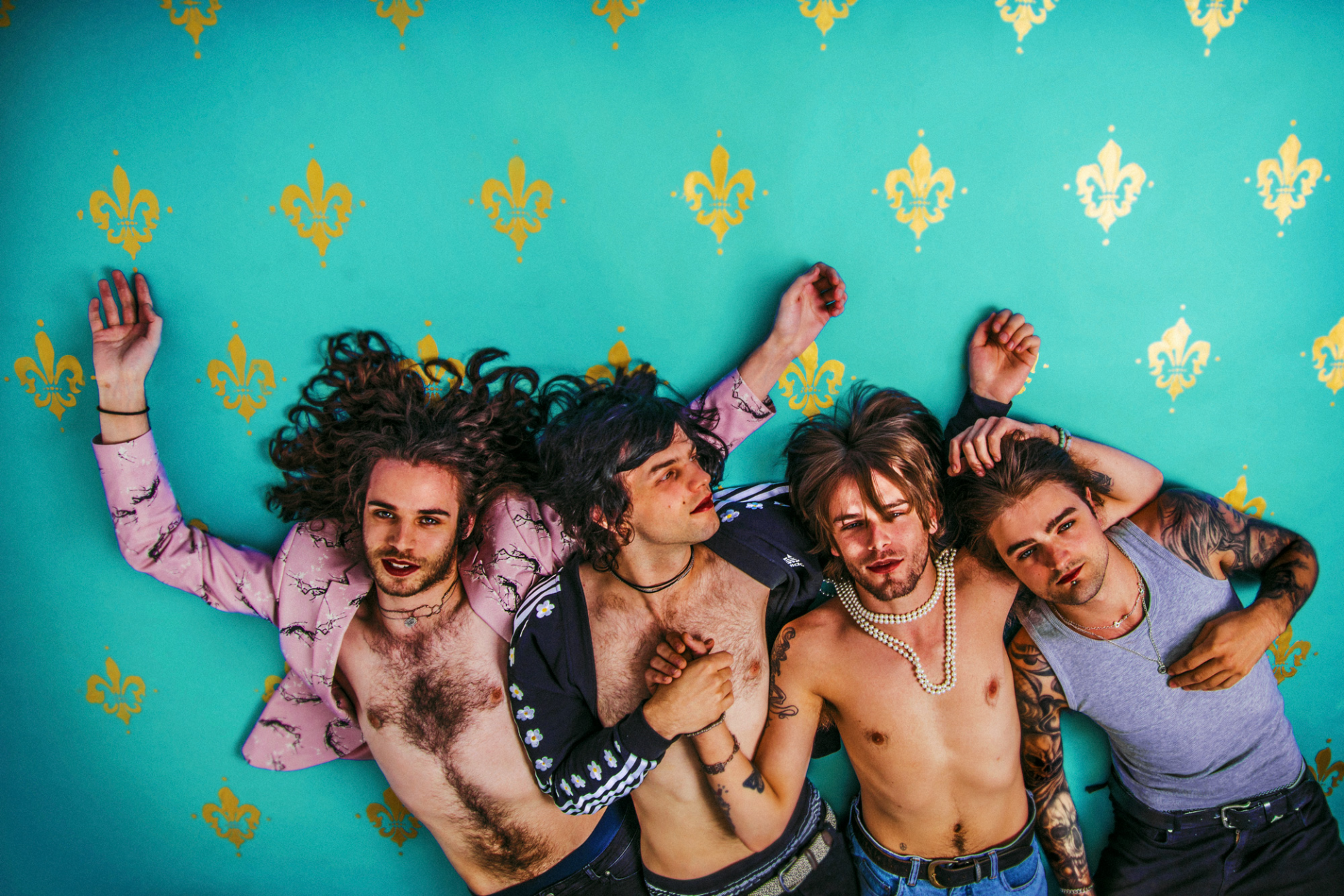 Allusinlove are back with a rebrand! What spurred the idea for rebranding from Allusondrugs?

We wanted to go all the way with Love under our belts. We wouldn’t have been able to do that under the previous moniker. Allusinlove is just a much better name. It’s cleaner, and it allows us for a better first impression with new fans. It was quite a seamless transition as well because Allusinlove was a word we’d been using as our little community hashtag for a few years prior. There’s still a lot of stigma attached to the word Drugs so the world just wasn’t ready for it! We’re still the same band – just a much better version of ourselves – one that you can show your parents and they won’t look down on you.

You released ‘All Good People’ at the end of 2018, is this the kind of sound we can expect from you going forward?

Not strictly no – we want to be able to explore all kinds of genres and showcase our songwriting ability through a range of different styles. Doesn’t matter if the topic is love, sex, heartbreak, paranoia, defeat or we make a heavy energetic song that doesn’t really mean anything just for the hell of it. Regardless, there’s always gonna be key elements in each of our songs that you will be able to pin down as our core sound, but the vibe of each song we do is going to be very different. It all depends what’s going through our minds at the time. Good People sounds the way it does because that’s how we wanted to portray the message musically at the time. 12 Bar Blues and a bopping chorus felt appropriate to deliver the vibe of that song. It’s very catchy and a bit tongue in cheek but we’re always gonna hold it dear to us – it’s the song that essentially got us a record deal!

You kicked off 2019 with a UK run of shows, how were they for you and what was it like getting back on the road?

Very refreshing. The last tour was simply amazing. We sold out our hometown shows in Leeds and Sheffield and the other cities we visited were busier than we’d ever had them before. Best of all we found ourselves united as musicians and brothers on stage. Being away for so long can sometimes go either way – it’s been over a year and a half since we last toured so the feeling of performing live and being in the touring routine hit us hard, but like a ray of sunshine. The stage is where we belong. We’re a much better live band now and we’re better at improvising around the songs and within the set. 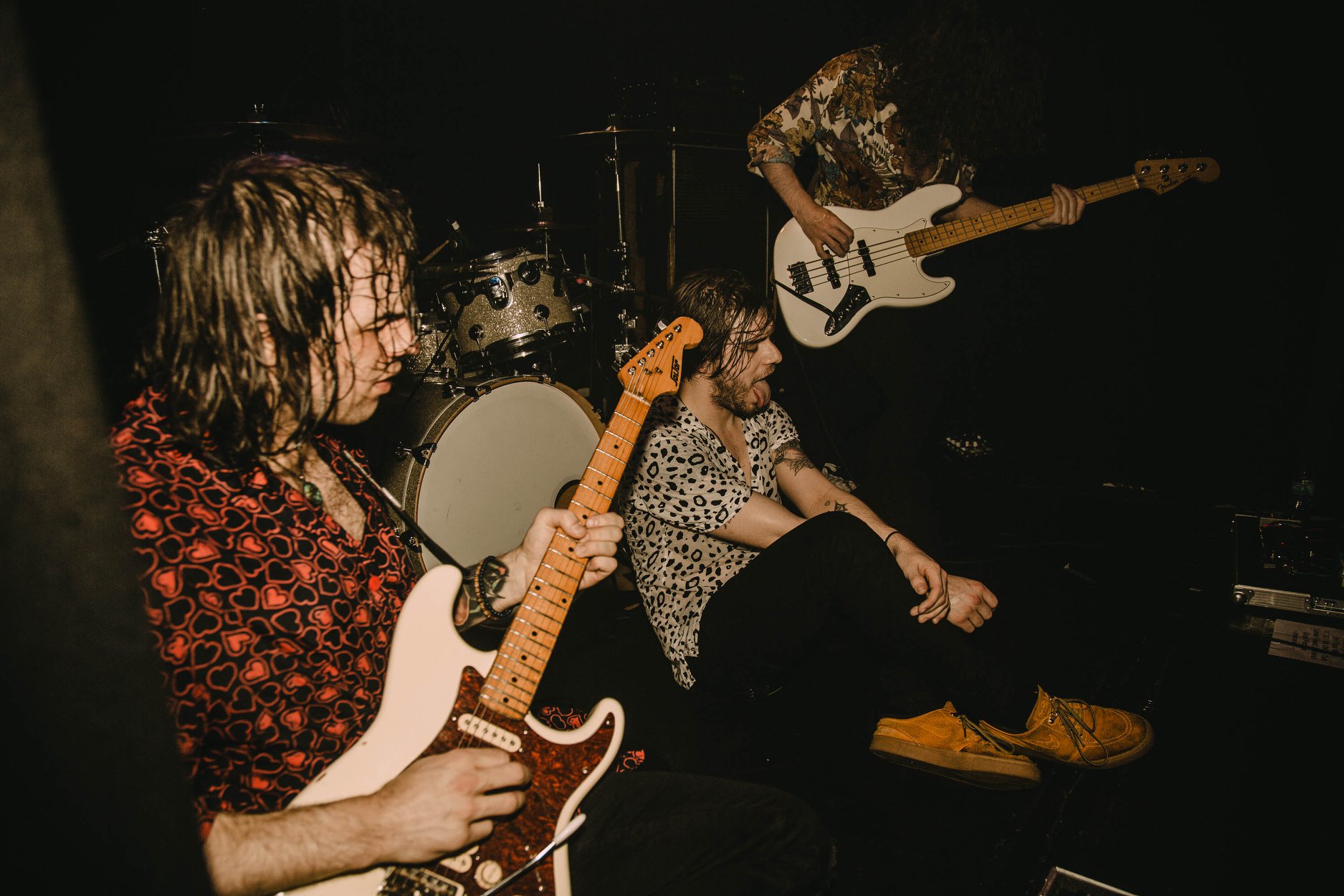 You’ve been announced for Download and 2000trees Festivals, are you looking forward to them?

Oh yeah – Download is incredible, as is 2000 Trees! I remember our last show at Download and I hold it high as a personal highlight and milestone for the band. Walking out on stage to chants of ‘Castleford, Castleford, Castleford’ (our Yorkshire village that no one knows or cares about) was pretty amazing. We played one of the best shows of our lives and then watched Slipknot in the pouring rain. I fully expect more amazing memories to be made at our next Download show. 2000 Trees is brilliant for the community vibe – it’s not a huge festival, but the spirit of it is. No one ever has a bad word to say about 2000 Trees, we’re thrilled to be asked back, so this one is guaranteed to be good!

What can we expect from Allusinlove in 2019?

World Domination. We wanna be the biggest band in the world. We’re in this for the whole thing. 2019 is just another year for us to roll full steam ahead and move closer to where we wanna be. We have shows in Europe coming up round the corner, another UK tour in May, then festival season this summer, but most importantly we’re releasing our debut album ‘It’s OK To Talk‘ on June 7th!

We always end with some random questions: you could travel back in time to view any event in history, which would you go to?

I’d travel to the moment some moron taught Subway employees to overlap triangular cheese instead of tessellating them so that the cheese surface is even, I’d kidnap said moron, lock them in a cupboard and teach the Subway masses the importance of tessellation. There are far more important events in time but most of them end in sadness and are too big for me to affect, at least this way I can bring some joy.

If you could be any Disney character for a day, who would you be and why?

My favourite character is Goofy because despite his stupidity he is happy in his blissful ignorance BUT I would choose to be The Genie. He has the ability to literally do anything and now he’s free of his three wishes and lamp etc it’s like a day of being all powerful.

What Avenger would you be?

As for which Avenger, that’s pretty difficult. I mean, they are all flawed in some way except maybe Thor, he sort of doesn’t have any flaws. The man uses a HAMMER to fly by the way, yeah a hammer – think about that – and he’s handsome too. I think I’d just be Thor, God of Thunder seems like a fitting title really anyways.