A Chat With The Scribes

We caught up with Shaun Amos and Jonny Steele from the Scribes for a chat about the origins of their sound, their plans for 2015 and where the ideas for their music stem from. 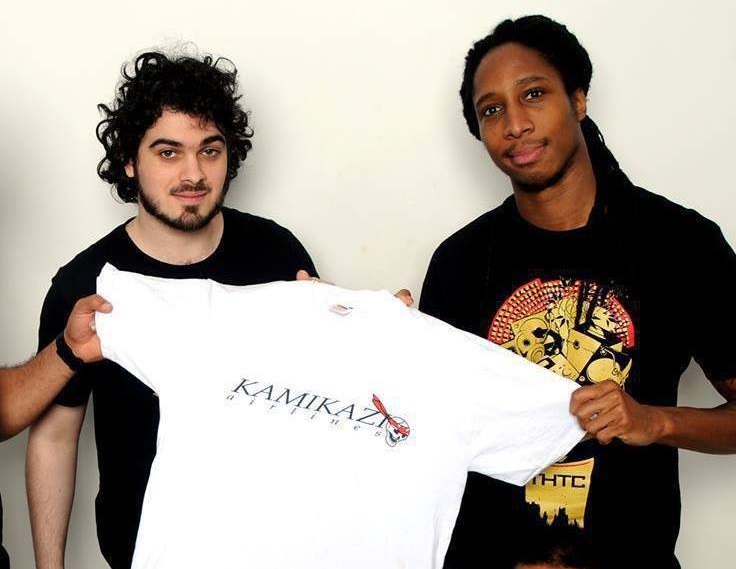 On the back of reviewing their album ‘A Story All About How’ here. We caught up with Shaun Amos and Jonny Steele from the Scribes for a chat about the origins of their sound, their plans for 2015 and where the ideas for their music stem from.

Hello The Scribes how are you? Let’s talk your music, it is for me anyway, a really refreshing and dare I say new concept on Hip Hop… someone like me who is predominantly into rock music really enjoys your music, is this something you try and do? Appeal to lots of different people?

J: We don’t go out of our way to try and be different, we just enjoy playing with concepts and we’re fortunate enough that people seem to enjoy it! I think once you try to start making a particular sound to appease people, you forget why they liked you in the first place. As long as we enjoy the music we make, nothing else really matters.

S: Like Jonny said, I think the key thing is making music you enjoy yourself, it not only makes it more fun to do but it means a lot more to you then and I think that shows when it comes to performing and things. Really glad you think it’s a new concept, I certainly hope we sound like ourselves rather than an imitation of things that came before. We’ve got different musical tastes as individuals and different things inspire us so I think that helps when it comes to making our own music, it’s not something we make a conscious effort to do but as a result of our differences the music we end up making as a group and enjoying as a group is definitely a bit different to most. It also helps a lot that we don’t really sample, it’s all live instrumentation or at the very least our own compositions, so that allows us a lot more freedom to explore news sounds and styles than traditional hip hop would. I think it basically boils down to just being ourselves without worrying about what’s expected of us or sticking to the rules of a particular scene or genre.

When writing your lyrics, where do the ideas come from?

S: Everywhere and anywhere! Books, news, society, talking with friends, inanimate objects, comics, almost anything can be inspirational! I think the hardest thing is, if a particular thing or a particular moment speaks to you in some way, be it just emotive or more specific, capturing that feeling or that point and expressing it to other people through your chosen medium. Ideas are easy to come by, it’s the expression that’s the hard part! It’s nice working as a group as well, pulling in all our different points of view.

J: Totally, inspiration is everywhere! From day jobs to newspapers and social groups. The travel distance between us (though only a couple of hours away) becomes useful when gaining a different perspective on events.

Are they personal situations that you write about or are they more of an overview of problems in the world today?

S: I’d say a bit of both. Some of the tracks on the new record are inspired by personal things, some are more general, and some are a combination of both. If you’re writing about a topic it’s hard not to involve your personal experience in some way.

J: There are definitely undercurrents of personal experiences that underline every track. Metaphors are a great tool, but the lyrics still need to relate with the listener at the end of the day.

The Scribes have 3 members who all offer various talents, how did you guys form?

J: Me and Ill Literate grew up in Bristol together and went to the same primary school. We made music together in our teens, and he moved to Plymouth for uni. We rocked some open mic nights, and he met Lacey beat boxing at a hip hop night. We’ve had a host of DJ’s play with us but we’ve remained the core group through out.

S: We had our first proper record out shortly after meeting Lacey, with DJ SpinZ, and we’ve just gone on from there. It’s been a growing experience for all of us but the nice thing is we really are all best buddies outside of music as well, so when we’re on the road we really do have a lot of fun together and again, hopefully that shows on stage.

Why are you called ‘The Scribes’ does it have a meaning to you?

J: It comes from our love of writing and wordplay really. By the time we hit our teens, hip hip had such a wide spectrum of music from Rawkus records to Def Jux. For people listening to lyrics, there were so many different styles and intelligent structures we learned to respect the techniques involved.

S: It’s served us well though! I remember right at the two of us sitting down with a list of possible names, some of which I’m sure where preposterous, but I think we chose well. It’s not too over the top cool as a name, and I think that suits us down to the ground. I don’t think we’d get away with being called “Mega Fresh Awesome Crew Assassins” or anything too badass!

For someone new to your music, how would you describe it?

S: Indescribable. Which, as descriptions go is, well, not one! Lots of in-words really. Incredible, incomparable, intelligent, incandescent, insane, inventive, innovative, interesting, incompetent….wait, no, not that last one. It’s electro-alt-rock-hop-rap, but not like any electro-alt-rock-hop-rap you’ve ever heard before. Hope that’s cleared things up.

J: A healthy dose of energetic lyricism over drums and stuff.

S: Or that. More concise.

What are you guys listening to at the moment?

J: Still on ‘Black Messiah’ by D’Angelo at the mo, before that was all about Souls of Mischief ‘There is only now’.

S: I’m awful at listening to music, I never really hear much that’s not us to be honest, which is a gift and a curse. Mostly a curse. I did realise that I have Spotify recently though so I’ve been listening to us on their lately for a bit of a change, and going through the “Experimental hip hop” section, which is a bit hit and miss but quite interesting. I mainly listen to my old Blur CDs, though Macklemore has been creeping in lately as well.

If you could tour with any artist who would it be?

S: Damon Albarn, definitely. I have an unhealthy love for Blur and Gorillaz. I’m secretly hoping that if I mention this in enough interviews he’ll stumble across one and get in touch and we can be bestest buddies forever.

J: Collaborations and and releases aplenty!

S: Indeed! We’ve got a collaboration EP with Moriaty coming, very excited about that, a new Scribes’ album project that’s a bit more traditional hip hop, sort of a homage to our roots, and a new Ill Literature EP and music video. All that plus our normal hectic schedule of gigs and festivals, it’s going to be a big year! Stay up to date by joining us at http://www.facebook.com/scribesmusic and twitter @thescribes, there will be the odd freebie going up on those as well.