A Chat With Foes About Their Latest Album, Touring and Future Plans | Interview 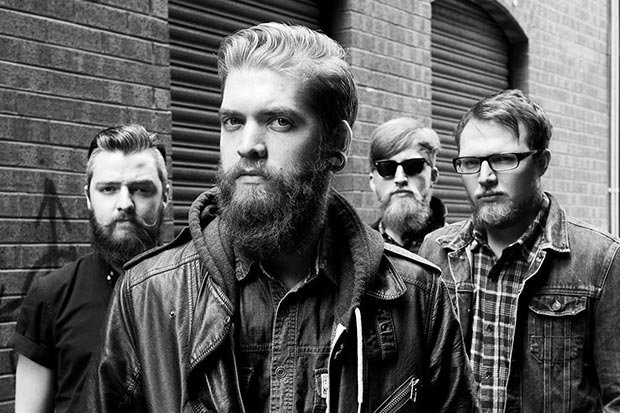 Hey! How are you all doing on this spooky October season?

How did the recent “The Summit Lies Skyward” tour go? Was it better than any other tour you’ve done?

It went very well. We had some great responses, particularly in Glasgow, London and Liverpool, and it was humbling to see people show a real anticipation to hear some of the album tracks live for the first time. Siamese are a good bunch of guys to tour alongside also!

Which was your favourite song to perform live off of the album?

‘Orchestrator’ definitely carries a certain energy for us. It’s hard not to get into that track in a live setting. We’d never written anything quite so heavy before, so it’s an opportunity for us to cut loose!

Where are your favourite places to play live and what makes touring so great for the band?

Glasgow and London are usually our favourite cities to include on a tour. Glasgow has been consistent from the start in that there’s a great scene for what we’re doing there – most likely because there’s so many like-minded musicians and a mutual respect among them. London has been a grower for us, but we’re slowly starting to pick up a crowd there, and we’ve been lucky enough to work with some very loyal promoters and have played some really cool venues down those ways also

You recently bought out your new album for 2016, how would you compare ‘The Summit Lies Skyward’ to the older records, such as “Ophir” and “Antecedence”?

It’s more of a cohesive body of work. Whilst the two EPs were more of a “best of” with tracks we were writing at those points in time, TSLS was very much written with the structure and dynamics of a full length album in mind. Each track has its place on the record, and we’re very proud of the end result

What are your plans for the future? A new album, upcoming tours?

We’re looking to hit plenty of festivals up next year, and we’ll be making our way over to mainland Europe for the first time in 2017 also. There’ll also be another single due in the near future, and a short documentary we’re working on with our friend and videographer Mya Tweg is on its way.

Finally, any last words for the fans?