A chat with COVE about their New EP! | Interview

“The whole process of recording the EP is a bit of a blur now, some of the days were very long, approaching around the 10+ hour mark, after spending that long in one room concentrating on what you’re doing, by the end of the day your brain can feel a bit like mush” 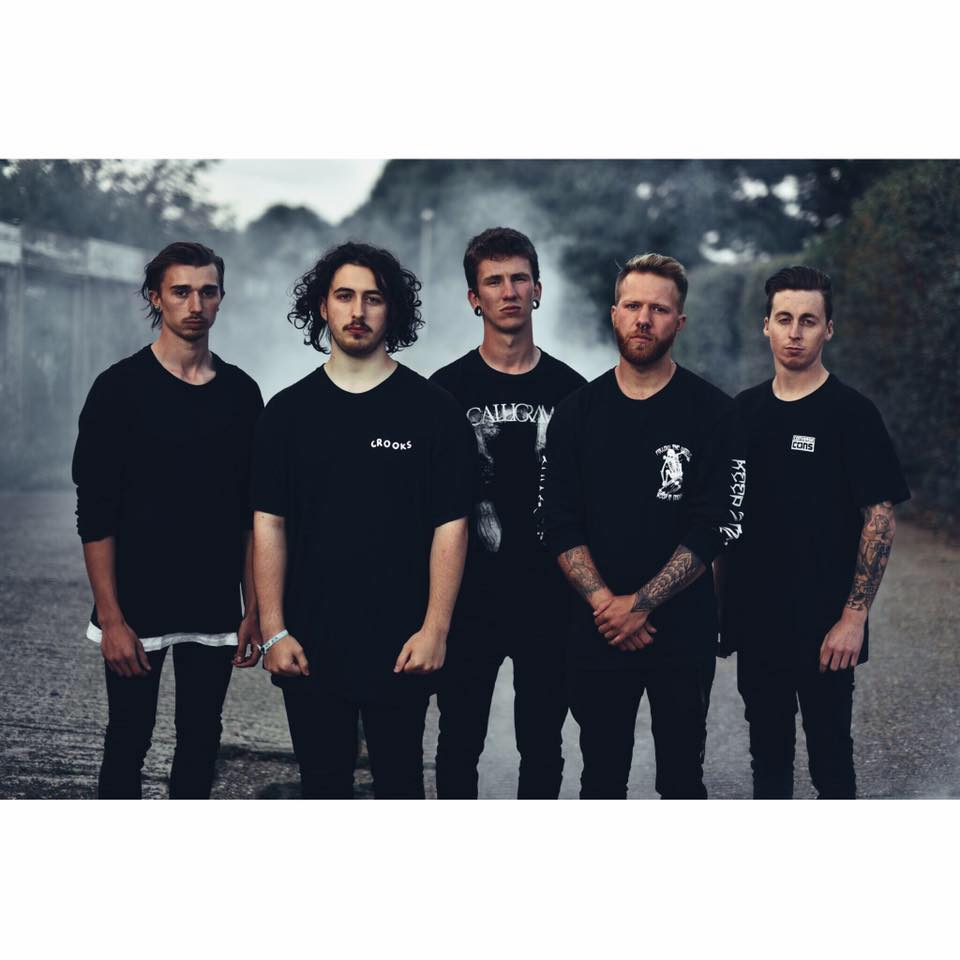 Hi guys, thanks for letting me do this interview it’s An Honour.

Thank you, I hope that “An Honour” pun was intentional!

So to start off I’d just like to ask, obviously you guys have been a band for a while now, how’s it been for each of you personally? What have been your favourite memories over the past couple of years?

It feels a lot longer than it actually has been! We’ve been a full band with the full line up since the end of 2015, so Cove is approaching around a year old at this time. It’s been a lot of hard work and sacrifice both emotionally and finically but it’s been a labour of love for us all. My personal highlight so far was when we played a show and our good friends from Feed the Rhino came down and really enjoyed our set, meant a lot to me having a band I’d seen as a fan over the years come to a show of ours and really enjoy it.

Secondly, you’ve recently come out with your new EP, We Once Were Lost, what was it like to record it? Which songs from the EP are your favourite individually?

The whole process of recording the EP is a bit of a blur now, some of the days were very long, approaching around the 10+ hour mark, after spending that long in one room concentrating on what you’re doing, by the end of the day your brain can feel a bit like mush! But it was great none the less, recording is always stressful, especially when you’re working within tight time frames, but it was a fun and relaxed environment. I think all of us really like the song “An Honour”, which was our first single, the song was written so easily and has a strong chorus, but I’d say other than that my personal favourite is either “Found at Last” or “Dead Sea”, both songs have some riffs that I’m really proud of and some soaring vocals!

My personal favourite from WOWL is Sonder, how did you all get the inspiration for this particular song?

We all listen to a variety of different types of music, as we’ve got older our tastes have expanded from just listening to the heaviest music possible. We’ve touched on gentler sections in some of our songs, such as “No Place” and really enjoy having different dynamics in our song, and our live set. Musically the inspiration was taken from melodic hardcore bands such as More Than Life, where we wanted to take a simple chord progression and build on it with layers and intensity. Vocally the song is very personal to our singer Sam. It always makes for a good dynamic break in our live set.

Who/What are your inspirations for the music you make and is there anyone you would hope to play a show with in the future?

Initially the bands that inspired us were the “scuzzier” kind of hardcore/metalcore bands, guitar-wise we’ve always enjoyed bands that have creative approaches to writing riffs. Stray from the Path have always been a band we’ve looked up to, the energy but the groove of the band is something I’ve always personally enjoyed! Not only that but they know how to make the craziest noises. We’d love to play with bands such as Polar and Palm Reader.

I also heard you guys are playing at Legacy Fest 4 on the 6th November in Cardiff at the Full Moon, are you looking forward to it? Also, will this be part of a tour or a one off show?

This is a one off but was originally meant to be part of a small weekender that fell through due to circumstances out of our control, but we’d committed to the show so we decided to stick it out. We can’t wait to play it! There are a lot of cool up and coming bands playing the show, so we’re going to enjoy checking out the bands before heading home to get ready for the 9-5 on the Monday!

Hi, I'm Bethany. I'm a mad welsh woman who's absolutely in love with photography. I prefer to do live music photography because it mixes my love of music and love of photography together and it's so fun! I started photography about a year ago and I'll be the first to say I've improved so much! However I started loving live music and gigs after my first gig in 2014, since then I've been to too many gigs to count, including local and small bands as well as famous and well known bands. I'm enlisted as a Photographer with AltCorner but I'm also working towards being enlisted as an Interviewer as well! Although i prefer heavier bands, i also love mt fair share of rap or pop and acoustic, basically I can go from listening to Metallica (as always) to Limp Bizkit or even Tom Jones! Oh and I also watch wrestling and play too many video games!