A chat with CKY

I had a chat with CKY before their show in Portsmouth. We chatted about new music, the difference 20 years makes as a band and some early warped tour memories. All three members are present in this interview: Jess Margera (J) Chad Ginsburg (C) and Matt Deis (M). You’ve just released your first new music since […] 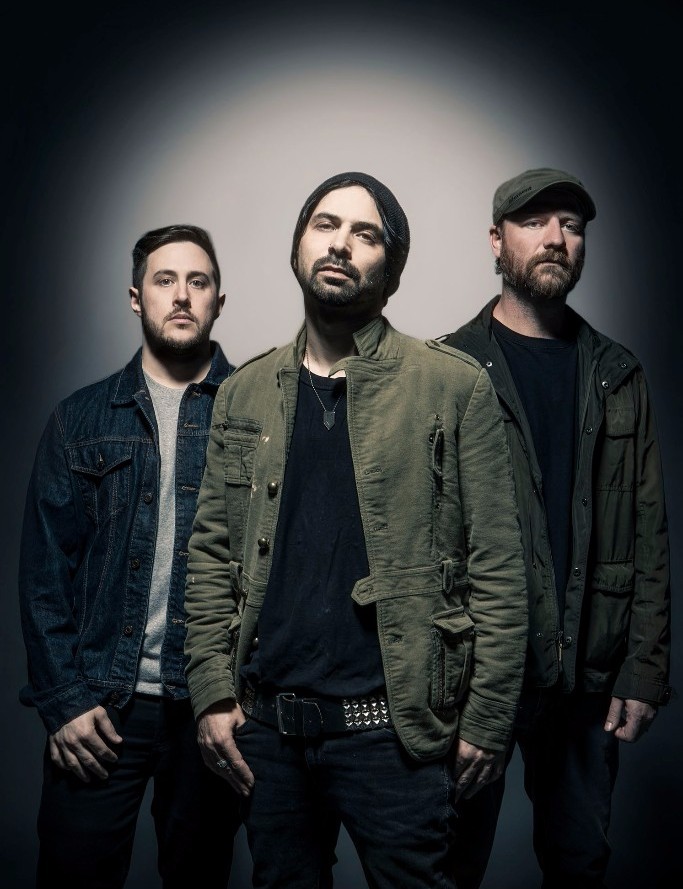 I had a chat with CKY before their show in Portsmouth. We chatted about new music, the difference 20 years makes as a band and some early warped tour memories.

You’ve just released your first new music since 2009, you’ve got an album out next month. What was it like getting back in the studio after 8 years?

M: We’re like mad we didn’t do it sooner. We’re just so grateful to be doing it again. The time in between felt so long.

J: But it was kinda cool to take our time as well.

Did that help with the creative process a bit?

C: I have answers but let these guys go (Points to Matt and Jesse as they think about an answer)

J: We were all pretty anxious to start working on stuff and then we started jamming and it all gelled together.

C: Creatively there was a ton of ideas. We were working with a guy named Daniel Davies, who is an awesome dude, who sang for the band for a bit. We did a few festival tours with him, wrote a bunch of tunes with him, that were all really great. About a year and a half ago he decided that he’s gonna go and tour with his step-father John Carpenter, and he wouldn’t be able to play with us anymore. And he said “hey man, hey Chad, do you think you can sing, you wanna do it”. And I said “no I really don’t” (cue laugh from room). Then it took like 20 minutes to reconsider and I was like fuck it I’ll do it. Then it just started from there.

C: I had done a solo record in between. So I had already kinda gotten over the gap. I had a bunch of ideas but we started from scratch either way with CKY. We started from full scratch, wrote a ton of fucking shit. Picked a batch of songs and went into Rancho De La Luna which is a great studio in Joshua Tree California (The Sonic Highways episode on this studio is great if you want more info on this). We just laid those few songs we picked. We have a bunch of stuff but the record has eight songs on it.

J: We focused on those eight.

As you said the album is 8 songs which is relatively short for an album. What was the reasoning behind that?

J: For the ADD generation.

J: Well even my favourite bands when it’s a twelve song, thirteen song record. I’m like oh god I’ve gotta find time to listen to all this.

M: There’s some lull between tracks 6 and 10 and you like uuggghh.

Brent Hinds featured on the most recent single ‘Days of self-destruction’. What was it like working with him?

(Jesse and Matt point to Chad)

C: I was hanging out at Rancho in the desert, expanding my mind a little bit. It seems that Brent was at the time as well. He just popped up out of the desert and we were friendly with Brent from soundwave, we did a tour with them.

C: And we had a lot of fun with Brent. He’s one of the sweetest guys in rock ‘n’ roll. Like one of the greatest out there. I just had the idea, since Brent was in Rancho, why not have Brent play on this and Brent was totally into doing it. So why not you know. So I went down to where Mastodon cut their new record and we got Brent to play a solo on the end of Days of Self Destruction.

Any other guests on the album, or is it just Brent?

C: Just Brent, we had one other guy but he was a little flaky, so he didn’t do it. But Brent’s totally fucking good enough for us.

What can we expect musically from the upcoming album, is it similar to ‘Days of Self Destruction’?

C: No it’s totally varied, very CKY. Since we’ve always made our records ourselves, it’s still produced and mixed by us.

J: Tt’s kinda got a little bit of everything, it’s heavy, it’s got grooves.

J: Everything we’ve done before mashed into one.

C: But it’s a real record. This record has all real sounds. There’s no samples no autotuning, no grids, no fake drums.

J: The only way to do it at Rancho. If you were like “can you snap this to a grid”. They’d be like yeah fuck you.

I’m going to make you feel a bit old here but it’s been almost twenty years since you’ve been a band. What’s it like now compared to when first started and those first couple of albums?

C: We weren’t as smart back then, we are just getting older and learning from our mistakes. Trying to overcome our mistakes that damned us. At this point we are just grateful to be doing what we’re doing and have anybody give a shit still. So we’re gonna hold on to that and use that as inspiration for the future.

J: I think when we were younger and dumber if you will. You kinda think you deserve it and all this shit. And you realise as you get older you are lucky to still be doing this. I know amazing bands that are playing pubs. It doesn’t mean anything and you gotta get lucky.

C: We also drank a lot and had a lot of other problems. And ego issues internally. We kinda just got over all that and we have as much respect for anybody doing this nowadays. We don’t have any problems with other bands anymore, or anything. We’re just self-contained and happy making music.

You’re back on Warped Tour this summer for the first time in 17 years. What’s it going to be like going back?

C: When we did that tour (referring to 2000 warped tour) we were driving around in my Chevy Astro van and we would sneak into the tour every day. We weren’t really on the tour. We snuck in it was very punk rock tour. We had a friend who had a stage.

J: We kinda had an empty invitation to play this tent stage.

C: We would drive in and we would have to get there before any of the staging got there and we would get there before and they would build the whole Warped Tour around us while we were asleep. We would wake up in the middle of the festival already locked in kinda and we only had one pass between us all. We eventually got thrown off the tour and asked back the next year, which we also got thrown off again. So this year we actually asked to be on the tour and we’re on the mainstage.

J: The owner of the tour (referring to Kevin Lyman) held a pretty big grudge for a lot of years. And then he had a tour going to Japan with In Flames. And the In Flames guys were like we’ll do the tour if CKY’s on it. And he (Kevin Lyman) was like “I fucking hate those guys”. And In Flames were like we’re not doing it unless CKY gets on it. So we went along on our best behaviour. I guess the owner of the tour was then like “they’re cool now,  they grew up a bit”.