The AltCorner Team Chat with Annisokay, the amazing German 5 piece Metal/Rock Band who are set to release their debut album, Devil May Care on 11th of November. We caught up with the band to discuss the work so far on the brand new album… 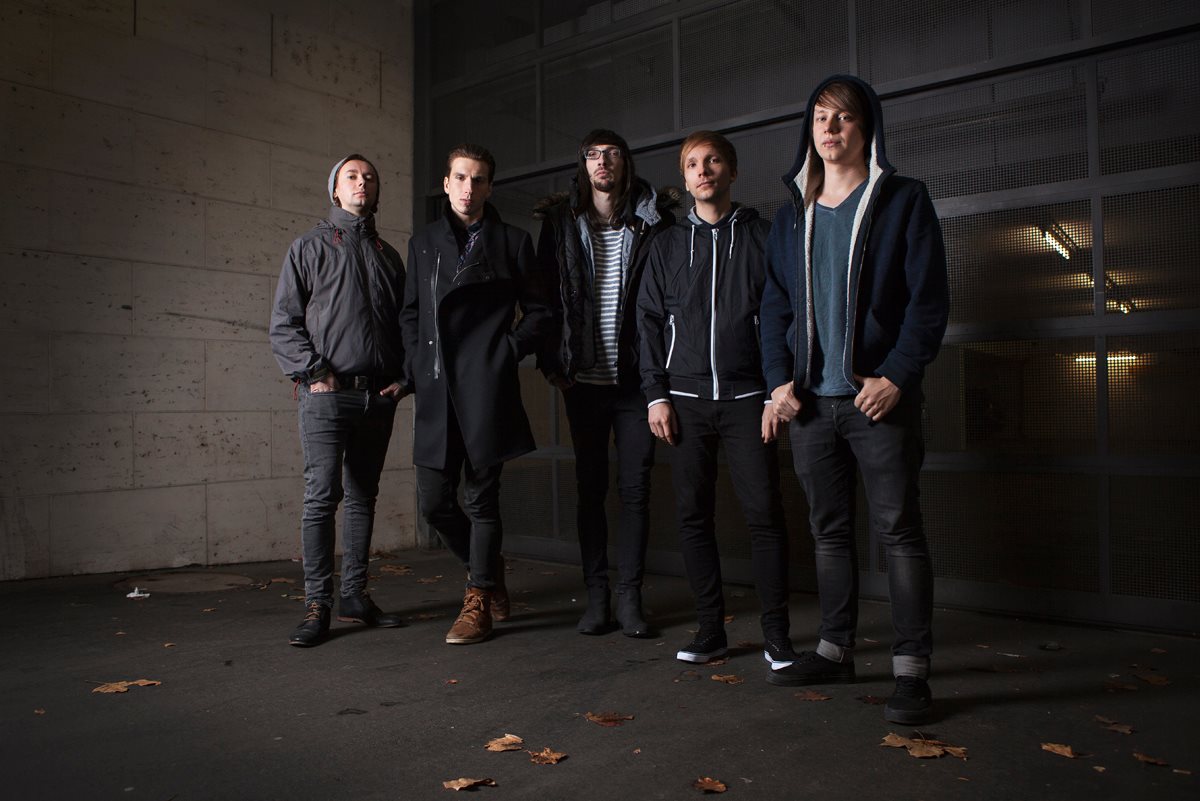 Amazing German 5 piece, Annisokay are set release their debut album, Devil May Care on 11th of November. We caught up A chat with Annisokay to discuss the work so far on the brand new album…

How would you describe the process on the creation of the album? Was it hard work?

Yes it was hard work. Especially because we were pinched for time to manage the release date on the 11th of November.

You had guest vocalists on the album including Northlane’s Marcus Bridge and Christoph von Freydorf of Emil Bulls, what was it like working with them?

Marcus lives in Australia so we sent him the song and he killed it right away. Christoph von Freydorf came for three days to us in the studio and wrote with our Christoph like songs like soul-mates. The connection and musical inspiration was amazing.

We’re not able to name one band. Maybe because the band who inspired us the most is ourselves. We had really short time to write this records and maybe best thing was that we just didn’t had the time to look at other bands or up-to-date trends. We just did our own thing.

How would you compare the new album to past works, such as Enigmatic Smile?

We try to develop without repeating ourselves. With “Enigmatic Smile” we found our own signature style. With our third record we know what music we’re able and want to do.

Out of all the tracks, which one would you say was your favourite and why?

We all have our own favourite songs on the new record “Devil May Care”. But one special song is the first single “What’s Wrong” because it was the beginning of a new era. We wrote this song long ago before the rest of the record and it’s our first song with social-critical lyrics. For a long time we tried to avoid being a political band and we’re still not one. But if you write songs about yourself and the things in life we all experienced you can’t just write about love and loss. Politics is not just some business of the government, it’s our daily life.

Do you have any plans to tour the record?

Yes! Right after the release on the 11th of November we gonna support Eskimo Callboy on their Europe Tour 2016. In early 2017 we will go on our own headline tour through Europe. So stay tuned for the dates!

You recently released a brilliant cover EP of Michael Jackson songs, what was the reasoning behind the idea?

Covers can be fascinating! It’s thrilling if a musician is transforming a well-known song in his own style. We already did covers of two latest pop hits by female artists. “Telephone” by Lady Gaga and “Wrecking Ball” by Miley Cyrus. As some of you already noticed our band name is inspired by Michael Jackson’s “Smooth Criminal”. So we had to honour this truly musically genius. But one song wasn’t enough even he wrote tones of pop hits. We choose 4 tracks that some mas didn’t expect. One of the most valuable experience was how relevant and up-to-date the strong social-critical lyrics by Michael Jackson are. This crazy world repeats the same mistakes over and over again and we should listen closely to what Michael had to say 20 years ago to make this world a better place.

Lastly, anything you would like to say to the fans?

Thank you for your attention! The supports of our fans are simply the main reason we are able to do music. So we try our best to realize the music in our heads and we hope to see you at our shows!