A Catch Up With 48Hours!

At Camden Rocks Festival this year, Robert Brennan caught up with the band 48hours! 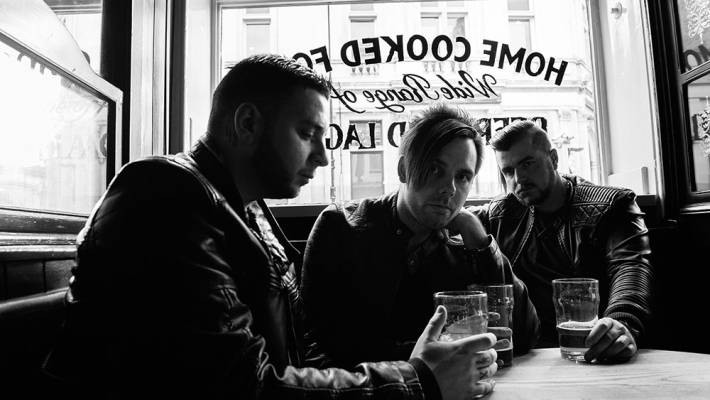 At Camden Rocks Festival this year, Robert Brennan caught up with the band 48hours! Read their chat below the video.

So have you guys played Camden Rocks before?

Nah, we haven’t played this before, we played the barfly around a million times, and the one that which has changed its name to BlocBar.

How did you get invited to this one?

We got asked to play the showcase after that, they asked us if we wanted to do this, so yeah we would love to it’s a great festival to be at.

Can you tell us all a little about 48Hours?

Adam: Yeah sure, I (Adam Jerome) and the drummer (Matt Savini) have been playing in bands together for ages and ages, we just started jamming and we thought, its working, so maybe we should start taking it seriously and Gary (Bassist Gary Broughton) recorded our first demo.

Gary: I was producing music at the time

Adam: Your wife just said – Join their fucking band…We said do you wanna play bass for us and he was arrgh I’m not sure and all that

Gary – We had all played in old bands before, they all felt apart and we then got together around 2012. Our sound is very American Hard rock with catchy pop hooks with our main influences are Bullet for My Valentine, Papa roach and all that kind of stuff. We have played a lot around the UK and may be doing something in December.
We are a three piece but out Drummer is still in bed….I think!

When did the album come out?

It came out first of April, I had to try and remember that, that is pretty bad. We’d like to start playing bigger venues and tour outside the UK which would be great. We love what we do and pushing for it to be more and at the same time you gotta enjoy it. It’s a hard industry to break in to, if you don’t know the right people. If you know the right people, then it helps a lot. Luckily we are still doing it for the love of it. It is hard working especially preparing for the album, loads of stress, now the album is out we can sort of relax a bit more. Being worried what the reaction will be like and all that, but the reaction has been pretty cool and now we can just chill.

Where on Social Media can you be found?

We are playing Wildfire Festival and we have been very lucky to get on that! we could have been on later, but I’ve got to get on holiday the next day!