7 Minutes In Heaven take on the A-Z challenge!

7 Minutes In Heaven have had a busy time of late. The alternative group are best known for their monster 2015 album Side Effects, signed to Rude Records and recently released a cover of TwentyOne Pilots’ smash hit Heathens which you can see as our track of the day from last week here. We challenged guitarist/vocalist […] 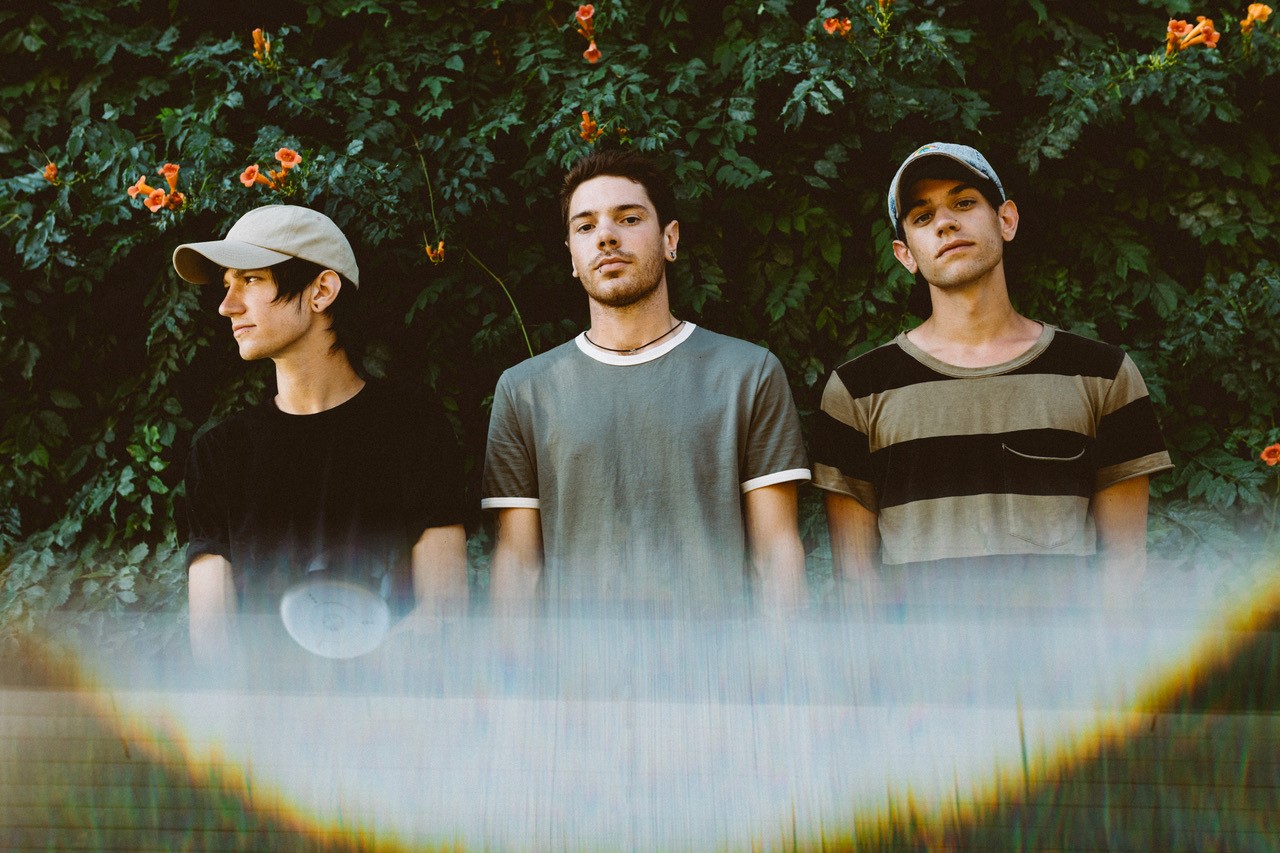 7 Minutes In Heaven have had a busy time of late. The alternative group are best known for their monster 2015 album Side Effects, signed to Rude Records and recently released a cover of TwentyOne Pilots’ smash hit Heathens which you can see as our track of the day from last week here. We challenged guitarist/vocalist Timmy to take on our A-Z challenge.

T: I don’t know the exact song, but in the first grade the first CD I’d ever purchased was Linkin Park “Hybrid Theory” and my older brother and I would pretend we were a LP cover band, myself being Chester. It took a couple years from that point to get my first guitar but I taught myself generally on blink-182, Green Day, RHCP, etc..

T: That sure is a tough one.. I think ‘White Noise‘ by PVRIS is a masterpiece. The tone of it is so raw and haunting. I’m very excited for new music from them and to see what they do next.

T: In January of 2016, we were supposed to play an acoustic show at the Outland Ballroom in Springfield, MO but there had been an ice storm, somehow we made it into town. It was broad daylight and cars were sliding / struggling to get traction at a four-way stop out front, it was bad. Anyways, the show was canceled for obvious reasons and we decided to get a head start to our next destination in Iowa. We were staying with a friend in Kansas City that night so we started making the trek. About twenty minutes out we were merging back onto the highway and didn’t stop. I was all the way in the back but I watched as we spun a 180 through the ditch towards the guardrail as a semi-truck on the opposite sides headlights were blaring into our van as it passed. Thankfully that guard rail was there and no one was physically hurt. Somehow we just whipped right out of the ditch and made it to where we were going and finished out the tour.

T: Most people probably don’t know this because I’ve only told a few but I wrote the first verse of ‘Ways I Shouldn’t Be‘ the day after the memorial of 9/11/14 as a third perspective to “Elevator” by Box Car Racer.

T: I wrote “F.U.K.” musically and lyrically in less than an hour. Alex had the first line, except it was “messed up kids’. The craziest thing is that it was originally started as a more chilled out, darker vibe musically but took a turn for better or for worse.

T: The Roxy, for sure. It was a rollercoaster of emotions let me tell you! The fact we were playing there I was on cloud 9, then to add to it I find out that ex-crush (she who will not be named) was coming so I was lowkey having a heart attack, THEN come to find out that the one and only, Matthew Perry is just casually on a hot date at the Coffee Bean down the road so of course a group of us went. The show itself was surreal. We were just support but the crowd went off for us and that’s something being so far from home, at a venue I’d listen to bootlegs in school of my favorite bands playing at that can never be replaced.

T: I am determined to do a duet with John O’Callaghan from The Maine at some point in my life before I roll over. Sooner than later ideally.

T: Those shows we play where everyone is so submerged in the music, singing at the top of their lungs and having a good time. I vibe off that hard.

T: Alex (bass/vocals) was an Eagle Scout in Boy Scout’s. I’ve never seen proof but the way he makes a bonfire is convincing enough.

T: We used to play a game called “Bear” for a while. It’s basically a less violent, more humiliating version of “Safety / Doorknob”. If you fart you have to call “no bear” before someone calls “bear”. If it gets called before the fart-er is safe, they have to drop on all fours where ever it is and growl loudly like a bear. We currently play the “circle game” sporadically but we don’t punch each other. We also play “stump” on tour but you’ll have to come out to a show to learn, or be clever enough to find it on YouTube.

T: We’ve been opening with “Fireworks” since Side Effects came out and it sets such a great pace. We try to keep things moving pretty quick and the momentum going at all times.

T: Without stops, thirty hours. Around two years ago we started a tour at Strummer’s out in Fresno, CA. Thankfully we have family in Colorado we could stay with on the way, but that was the furthest we’d traveled to play a show.

T: Ollie from Broadside is a class act. After touring with them last year and seeing the passion and hustle firsthand, he’s extremely talented but his attitude was what inspires me the most.

T: Everybody should listen to ‘Grayscale‘, I will support this band til the day I die.

T: I reallllly want to go to Maine because I’m convinced it’s a different dimension, Nova Scotia would be awesome because I love the Trailer Park Boys. United Kingdom has always been a dream, Sweden to find my future wife, Italy, Japan, Australia, and Amsterdam of course. I want to see the world.

T: The theme of ‘Side Effects’ was started by Alex (vocals/bass). We wanted to capture the process of a point in time; the ups, downs, and side effects of love and loss from the lifestyle we chose to live

T: We don’t have any touring locked in at the moment, so I guess that means you gotta keep up on us for when we announce shows!!

The Old Days Of Music Were Better Than Those Current,  do you agree:

T: Not necessarily. Yes, radio wasn’t so brainwashing when growing up and I truly miss hearing drums but man, do we have it good as far as accessibility. Word of mouth will always hold most value to me for music recommendations, but we have the internet and the internet is the future whether you want to accept it or not.

I received a 24KT Gold Plated 7″ record of “Rock ‘N Roll All Nite” by KISS for Christmas in I want to say 7th grade. Makes me feel like a baller.

T: I’ve really been wanting to do a stripped acoustic version of “I Melt With You“.

T: We had the opportunity to play Fashion Meets Music Festival in Columbus, OH last year and DJ Khaled was headlining. I don’t know much about his music catalog, or really anything about him except he is “the key to success” and the hype was real. Needless to say, I was very upset to find out he doesn’t do anything but continuously yell a handful of phrases and pause his song every three seconds to hype himself. It was bizarre, or maybe I’m just arrogant.

T: One time I got trolled by a ghost on tour in Kentucky and sliced my right index finger (fret hand) open on a toilet lid and got liquid stitches and a tetanus shot. On Thanksgiving of 2013,  I fractured my left thumb (strum hand) running into a pole trying to catch a football on tour and it still hasn’t fully healed.

T: ‘Your Love‘ by The Outfield is a great song.

T: I don’t know if zoos have Sloths, but if they do we would be a sloth.

Check out 7 Minutes In Heaven on their socials below;