Let’s Talk About… The Faim!

Let’s Talk About… is a series where we choose an artist (big or small) and delve into their history, musical journey and many more!
In the first instalment, we discuss The Faim’s rapid rise and connection with their loyal fan base. 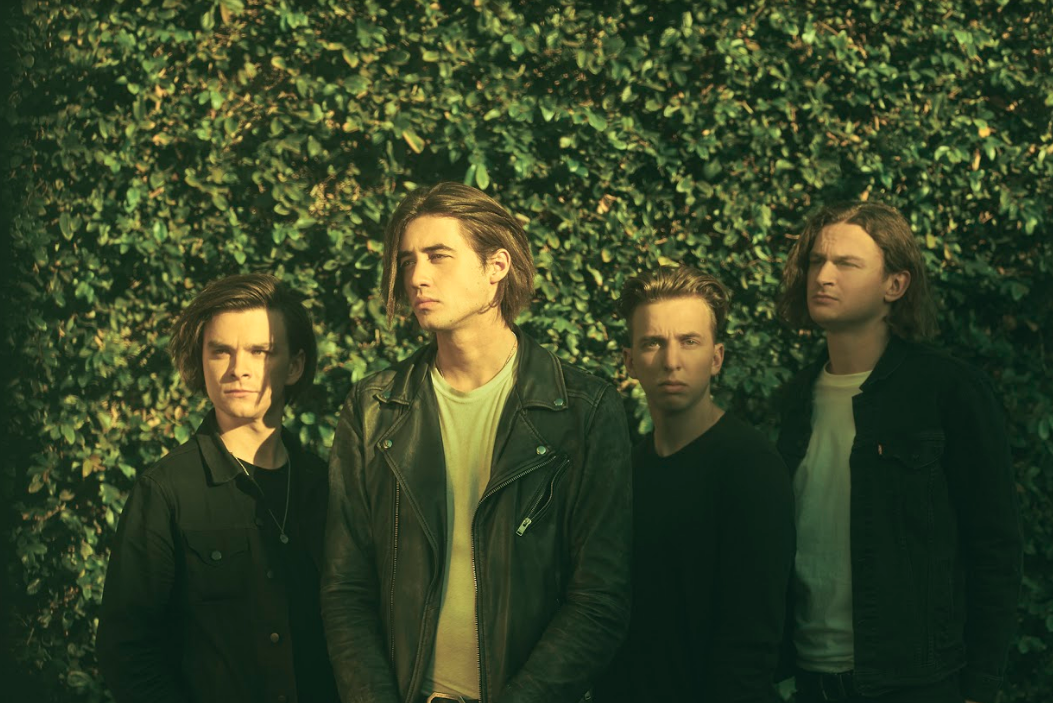 2018 saw the emergence of four young lads from Perth, Western Australia, who burst onto the scene and created a worldwide family (sorry we mean faimily). Here we take a look at the rise of the quartet and what is next.

Back in 2014, four young lads; vocalist Josh Raven, guitarist Michael Bono, keyboardist/bassist Stephen Beerkens and drummer Sean Tighe, were delighting supporters with their covers of well known songs and their own, on brand pop punk as Small Town Heroes (seriously look them up for the nostalgia of great noughties pop punk).

Fast forward to 2017 and the four hop on a plane to Los Angeles where they team up with the legendary producer John Feldmann and some special guests including Twenty-One Pilots’ Josh Dun and fellow Aussie Ashton Irwin of 5 Seconds Of Summer. During this period, the band were encouraged by Feldmann to think outside the box and move far away from their comfort zones (see the interview in full here). The end product? A change of direction and a new band name: The Faim!

Our first taste of The Faim came on February 5th 2018 when their debut single Saints Of The Sinners premiered on Daniel P. Carter’s BBC Radio Rock Show, a mean feat for a then unknown band in the UK! The edgy pop rock was a hit track and kickstarted The Faim’s 2018!

News broke shortly after that the quartet would be heading out on their first ever tour, a combined 17 weeks kicking off as support for Lower Than Atlantis here in the UK. Another huge feat in their first tour being across the other side of the world as prior to this, there had been no shows outside of their home state of Perth!

The Lower Than Atlantis run showed the band’s promise in a live setting as they would kick each show off with possibly about two or three people already familiar with them, but at the end of each show, social media would be awash with fans ravishing praise on the Australians. Halfway through the tour, a break revealed itself as they headed home alongside their touring buddies to perform a short run in support of US giants Sleeping With Sirens! This gave their faithful home nations crowds the chance to reconnect and celebrate how far the band have come in a short space of time. All too soon though, it was time to uproot and return to the UK to complete the second half of the tour!

Usually once a tour has finished, the artists head home for some well deserved rest, but that wasn’t the case as for the workhorses that are The Faim, when one tour finishes, another begins (to paraphrase a popular saying) as they then feature as the only support to US pop punks PVMNTS on their debut tour (which also happens to be in the UK). Some headline shows are peppered in prior to and following their appearance at the Slam Dunk Festival before heading to Download to wow the crowds! Sadly this saw the end of the UK dates, however, that would not be for long!

August saw the band feature a new guitarist in Samuel Tye and perform at Reading & Leeds festivals to a chock block The Pit/Lock Up stage tent! Early September is the first chance for a record with their debut EP Summer Is A Curse, named after their smash single of the Summer, a catchy light hearted instrumental with lyrics delving into being away from home, particularly inspired by their time in LA. Another UK/European tour follows in the same month as support for Against The Current! They close out 2018 with an American run of dates as support for fellow Australians Hands Like Houses!

As we kick in to 2019, there’s no rest for the wicked as The Faim, armed with a new lineup of Josh, Stephen, Samuel Tye and new drummer Linden Marissen, kick off a world headline tour in their home country before jumping on a long-haul flight to return to their second home in the UK!

Now the journey so far may seem like one we have heard plenty of times, however, one thing sets The Faim apart from the rest: their connection with their fans! There are a lot of artists who may spend a few minutes with their fans after shows, but The Faim go the extra mile, spending hours on end just talking to fans, taking selfies and getting to know the people who are helping them along the way. There is a genuine care for their supporters, whether it’s via sharing some artwork on social media that was created by a talented fan, replying to DMs, comments and tags or just posting some inspirational messages (Josh we’re looking at you!) Watching The Faim interacting with their fans in person is something else though! You can see the delight in their expressions and body language as they talk to their many supporters, taking a genuine interest in what they have to say and even recollecting things from previous conversations or times they have met the particular fan in question!

Another example comes from this most recent headline tour where we attended both Cardiff and Bristol, at the Cardiff show, we joined the band and some of their supporters in the Faimily Reunion VIP pre-show. Now while I am not a fan of paid meet and greets because you usually pay an extortionate price to stand next to the artist for 5 seconds, this was different. Not only was there a meet and greet, there was a Q&A, exclusive merch and an acoustic set. Things like this make paying for a VIP package more appealing, so again they have taken their fans into consideration. But at the Cardiff show itself, it was clear the dedication as frontman Josh barely had a voice yet instead of cancelling the acoustic (which would have been completely understandable), he still came out and gave a song a go as to not disappoint anyone. Alongside this, rather than disappearing after the VIP session ended (as they had every right to), they remained in the room with the fans to chat individually, adding an extra special experience on top.

We aren’t going to go deeply into the band’s music and live performances in this article (if you want to find out about that, we have an entire collection of live and record reviews on the site, just head to the search bar to find them), but another part of the connection to the fans is the open and raw honesty contained in the lyrics to each song. Even the more upbeat ones like second single Midland Line delve just as deep into the emotional chambers of both the heart and mind as ballads including Make Believe and Where The River Runs.

The Faim are a band that have captured the hearts of thousands across the world as they put their hearts and souls into every piece of work they provide. They may be young, however, they run their brand like a well oiled machine, supported by knowledgable management and aides. With their debut album slated for release this year, the future is as bright for The Faim as the sunshine in their native of Perth!