In this Slam Dunk special edition of our Let’s Talk About series, we discuss alternative pop starlet Lights who is gearing up for her debut appearance at the festival. 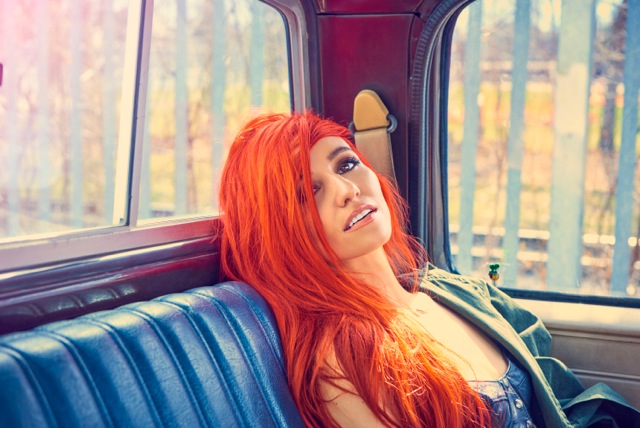 Canadian multi-directional artist Lights (she sings, writes her own songs and songs for other people, designs comic books… and is mum to the coolest kid on Instagram: Rocket Bokan, is there anything this woman cannot do?) is very well known in her homeland of Canada and neighbouring United States with her popularity growing rapidly across Europe every day!

With a look fit for a rock princess and a voice that slots right in among today’s pop superstars, Lights brings the best of both worlds (think Katy Perry but a thousand times cooler and you have an idea where we’re going). “Sad bops meets boss pops” is the response we received on asking Lights to describe her sound.

Back in high school, Lights (or Valerie as she was known then) kicked off her musical career as a guitarist and vocalist in a metal band called Shovel Face and began writing for Sony/ATV Music Publishing.

In 2008, she released two singles including Drive My Soul which reached #18 in the Canadian Hot 100. Around the same time she began touring Canada and the US and signed to Warner Bros and Doghouse Records in America and Underground Operations in Canada.

Lights spent the summer of 2009 on the VANS Warped Tour and her debut album The Listening was released through her own Lights Music Inc label later that year.

Her first appearances across the pond in Europe came in early 2010 as support for Owl City and then followed by a two week UK headline tour.

In the years that followed, Lights took part in a whole host of tours and released multiple singles and one more record, each standing out more than their predecessor. 2014 saw Lights part ways with longtime manager Jian Ghomeshi to spearhead her own career and a new record followed soon after.

April 2017, Lights announced her fourth studio album. Skin & Earth would be released with a comic book series designed by the singer and was released the following year.

Lights’ talent has been recognised by many from all corners of the entertainment industry. She has collaborated with the likes of Deadmau5, Owl City, The Secret Handshake, Ten Second Epic, Silverstein and our previous Let’s Talk About feature band Bring Me The Horizon.

In 2009’s Canadian Music Week awards, Lights won the Favourite Solo Artist and Favourite Single Indie awards, Best New Artist Awards in the Hot AC and CHR categories and the 2009 Juno Award for New Artist of the Year. She also won the Juno Award for Pop Album of the Year in 2015 and 2018 for Little Machines and Skin & Earth respectively.

We asked Lights if she was looking forward to Slam Dunk and she replied: “Heck yes! I haven’t played in the UK for four years and my slot at the fest is a good one, so I’m pumped to bring Skin & Earth to the UK for the first time, both the music and the comic. It’s not often you get to play a fest alongside some bands you grew up loving.”

When asked about her opinion on the festival and its diverse lineup, Lights ponders: “Maybe a controversial opinion but I don’t think these days many festivals can survive without variety. People have such a wide taste in music and to get a bit of all your favs in one place is awesome. It only makes the lineup stronger if you ask me.”

We fully agree with Lights and you can catch her amazing performance as main support to iDKHOW on the Key Club Stage at Slam Dunk.