Let’s Talk About,… is a feature where we discuss anything and everything about an artist. In this installment, we discuss US protest punks Fever 333’s activism and lyrical themes! 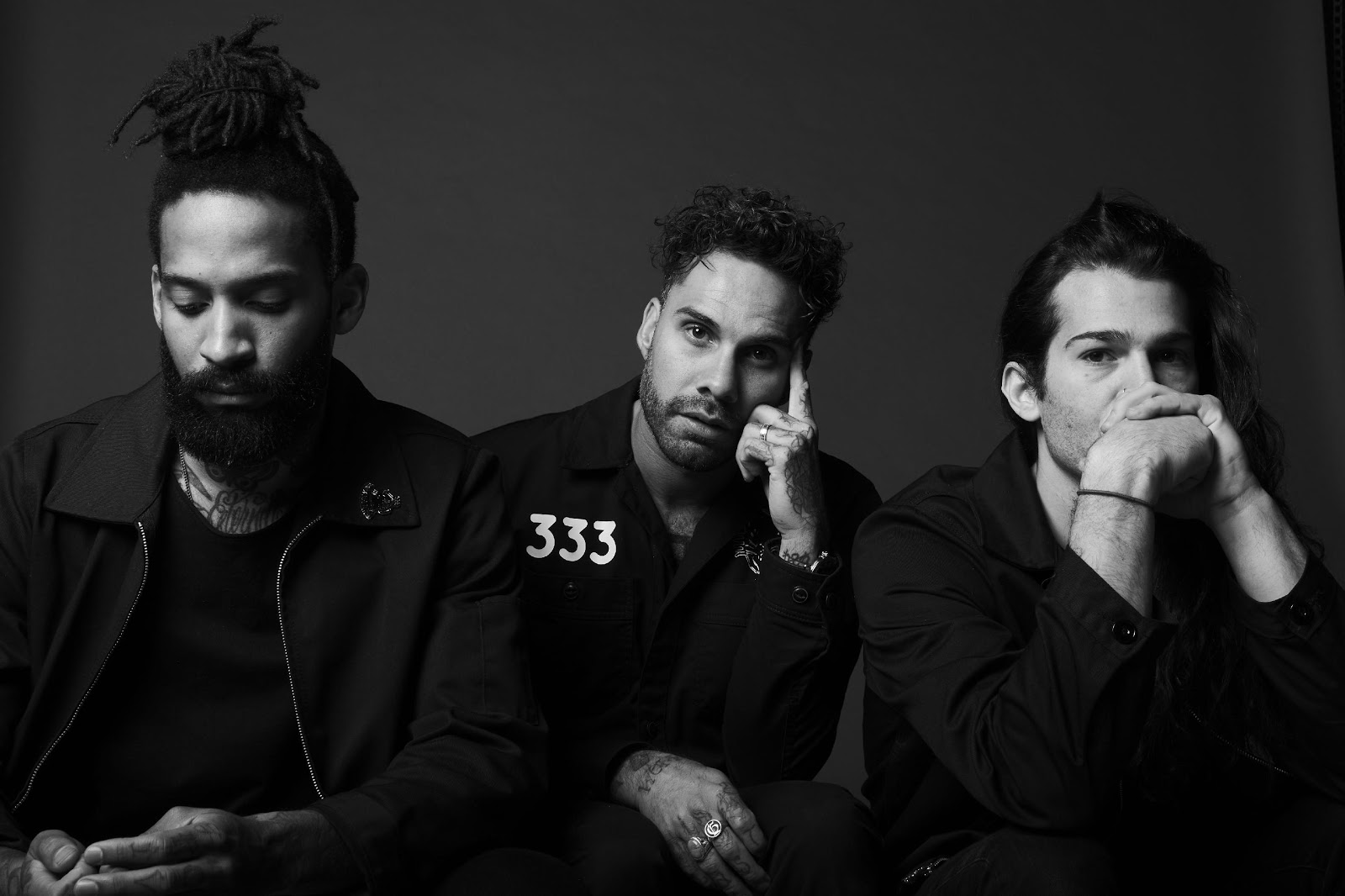 “There’s a mother fucking fever coming!” broadcasts Fever 333‘s frontman Jason Aalon Butler at the end of …, the opening broadcast on the band’s debut album Strength In Numbers and he is not even remotely wrong as Fever 333 have gripped the musical world in a short space of time.

Following the demise of revered act Letlive, many were anticipating Butler’s next project but very few would have guessed it would be in the form of Fever 333. Butler teamed up with former The Chariot guitarist Stephen Harrison and Night Verses‘ drummer Aric Improta for a riotous punk act with a difference. The trio have solidified a sturdy brand of protest punk as they take aim at the wrongs in the world but particularly in their homeland of America, not through violence but through angst-filled lyrics.

Butler explains “The movement is much greater than the music. The art is only a contingent piece. We want to make sure we’re just as involved in the activism and the actual activation.” He continues “We make it ostensibly clear that everything we do is in an active effort for change. It’s about bringing back that socio-political mindfulness. We’re trying to write the soundtrack to the revolution that we know is about to happen.”

The lyrics in all of Fever 333‘s tracks have a relevance to the many issues faced by those in the United States. One particular song that has a very important and relevant message is early single Trigger, a tirade at the stringent gun laws and subsequent slaughters across the country using the weapon The gun law debate in the US divides the country due to the constitutional implications and views. In a lengthy statement to accompany Trigger, Butler says that “I am not here to tilt anyone towards my side of a complicated and ideological argument with biases. I’m not here to add more fuel to the fire that burns between those divided on this issue. I’m not even here to talk about where I stand. I’m just here to ask our country to be honest with ourselves and understand it would be remiss, ignorant and blatantly irresponsible if we didn’t acknowledge that we have developed a problem when it comes to gun violence in America. This statement alone seems to upset some, but please know that I am not saying I want to take away your rights granted in constitution and I’m not saying anything about any individual that bears a firearm as I don’t venture to know each and every one of you. But I do know we are leading the planet in gun related deaths and now we are seeing a disturbing frequency in what they call mass shootings.

We have children taking the lives of other children with these weapons. We have people using weapons designed to efficiently kill as many people as possible to do just that. We are the only country in the world facing this issue the way we do. I understand there are a collection of factors at play when dealing with shooters; mental health, education, misinformation to name a few and I am not mitigating or pushing these aside, but today, RIGHT NOW, I’m talking about the acquisition of firearms. I’m talking about the protocol by which we obtain firearms and the statistical problem we are fostering every day we do not ask for some sort of reform, solution or acknowledgement regarding this matter.

I understand how we got here, rebellion got us here and rebellion will keep us here, but when the things we want to protect ourselves with are killing us, we need to have that conversation and it needs to happen now.” Now while this is a lengthy statement, I feel that I would not be doing Butler any justice by only including parts of it as the entire passage screams diplomacy at it’s finest b(the country’s senators and president could learn a thing or two from Butler when it comes to addressing sensitive situations). Trigger itself begins with a broadcast about the number of gun deaths in the USA before a punk track that, while not following the theme of lyrical depth, it is straight to the point.

A lyric in Trigger that stands out in relation to another prominent theme that Fever 333 raise attention to is “yes I am from the hood and yes I am anti-gun.” Racism is an issue that is rapidly arising, not just in America but throughout our planet. It is also featured multiple times across the band’s tracks, understandably as two of the three members are of ethnic origins. The form of racism Fever choose to focus on is police brutality towards black and minority ethnicities, something that has caused countless unnecessary losses of innocent lives and outrage throughout America and the world. Burn It is a straight out, no holds barred punk assault on the way the BME are treated by law enforcement.

Some noticeable lyrics relating to this include “We point our fingers while they point their guns”, “cop cars, true killers, and they still at large” (Made An America), “We hear them sirens come and then the people run”, “We’re living hand to mouth and dying by the gun”, “Somebody tell me how we trust the boys in blue” (We’re Coming In). One of the more poignant and direct lyrics in relation to police brutality comes from Prey For Me/3 with the line “If you meet the one with the badge and gun, just know the bullet is faster than you can run”. Inglewood/3 talks about growing up in the location and how violence (both from police and in general) was prevalent with standout lyrics “Then my brother came home bloody, he was trying to keep the peace, now I hear a whole new meaning when they scream ‘fuck the police'” and “When the cops come, they still beat me. La Cienega and Hill, yeah that’s where my homeboy got killed in the alley where they tried to shoot my moms, damn, first time I ever thought to grab a gun, shit. See when y’all were learning violin, see I was learning violence.” That last line alone suggests that most people of BME origins needed to equip themselves with the knowledge of violent activity to survive but did not really want to use it.

I would be here all day if I analysed and mentioned every lyric that focuses on the topic so I’m going to end it with one final lyric from The Innocent which directly mentions a name that is known worldwide as one of the most notorious cases of police brutality; “You think that they’d know not to shoot a man while he on the floor. That’s why these youngins they run before talkin’ to police cause they know the deal. See young Trayvon Martin had just left the market with candy and got himself killed. The Innocent itself is a call to arms to stand against the brutality just based on the colour of skin and not an actual crime.

There are a lot more topics covered by Fever 333 in their music. With their hard hitting lyrical themes and activism, the band attend demonstrations and use their music videos to further push their viewpoints on topics. They are more than just another outspoken band, they are true protest punks who will unite through their music and inspire their allies to come together and be the change. As Butler opened the Strength In Numb333rs album announcement; “333. The 3 C’s. The foundation upon which this project stands. A representation of COMMUNITY, CHARITY and CHANGE. Our efforts as allies to the movement have been informed by this idea.” He ends the announcement with the apt “We, the people, possess a power like none other when united. A sense of strength that cannot be matched when working together. Take back your power and know there is Strength In Numb333rs.”

A very true quote that I feel fittingly ends this article. The Fever is well and truly here and as more people become allies to the trio from Inglewood every day, it will not be long before Fever 333 become a force to be reckoned with outside of music. And if Butler ever wants a new job, I’m sure he’ll easily trump (pun intended) the opposition in the presidential campaign. Forget Kanye West for president, Jason Aalon Butler will be the man for the job!