It’s not really a debate that last Christmas I has some amazing presents. I got some coloured Judas Priest vinyl, some Rise Against, Nikki Sixx’s photography book and lots of chocolate. But one thing I hadn’t realised was that this year I would have a late present. Wake Up Hate officially became a band and released their debut single ‘The Cycle’ on Christmas Eve, but I’d been too caught up in the festivities to hear it. When I did hear it, it changed a lot of things, namely my perception of debut singles. These guys hadn’t just hashed out a first song to get there name out there. They were shooting for the stars from the get go. 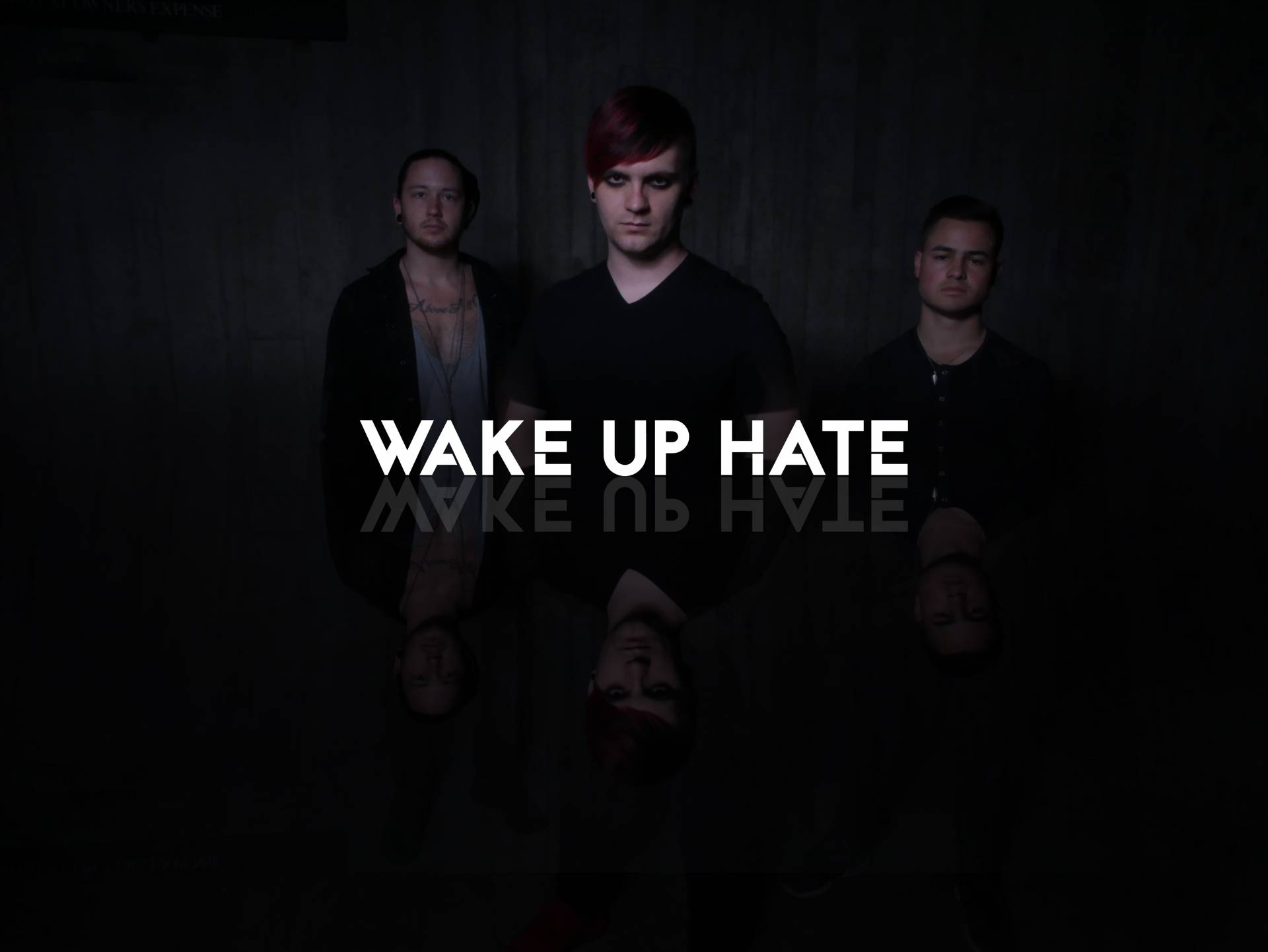 Formed by Jake Adkins (vocals) and Matt Browning (guitars), and later adding Triston Blaize (drums) to the line-up, they solidified themselves as serious ones to watch as they barrelled on, smashing out two more songs (‘Over The Edge‘ and ‘A New Way To Hate‘), both with more power and aggression than the song before. But they never forget to be hook heavy and infectious, and that’s what makes them so damn good. They hark back to late 90’s and early 2000’s radio rock, bands like Three Days Grace, Breaking Benjamin and even Green Day. In Jake’s own words, “We want to break down the barriers and push the limits of rock music. From heavy riffs to ambient cleans, mixed with powerful vocal hooks, we are aiming to bring listeners worldwide something new and fresh.”

But that’s what’s so damn good. They are fresh, but they’re also tastefully reminiscent of all the bands that made rock the greatest genre in the world, the rock that dominated the radio. And I know that’s something that’s been missing for the past few years, so much music tries to be different but ends up being the same. That’s not the case with Wake Up Hate. They’re not forcing this sound, or striving for a particular outcome. They’re just writing what they’re inspired to write, what comes to mind, and it feels free. Bands that shaped them come from hugely different musical backgrounds, Bring Me The Horizon and Motionless In White being two very notable examples, along with Korn and Adam Gontier-era Three Days Grace.

So I’m really bloody excited to tell you right now that this band dropped a new music video for a song called ‘Love Me Like A Hurricane‘, and are aiming to release a full EP in April or May, the release date and title yet to be confirmed. While we wait, however, there are three songs out there on whichever streaming service you may use. I suggest you check them all out.

In my humble opinion, these guys are a huge one to watch. An Instagram post not long after their formation stated that 2019 will be “flooded with new music”. I for one hope that is true.

An article I read recently said that Bring Me The Horizon‘s new album ‘amo‘ is the future of rock and metal. But there isn’t a chance in hell of that happening with bands as good as Wake Up Hate out there.

I’ll stand by that statement.