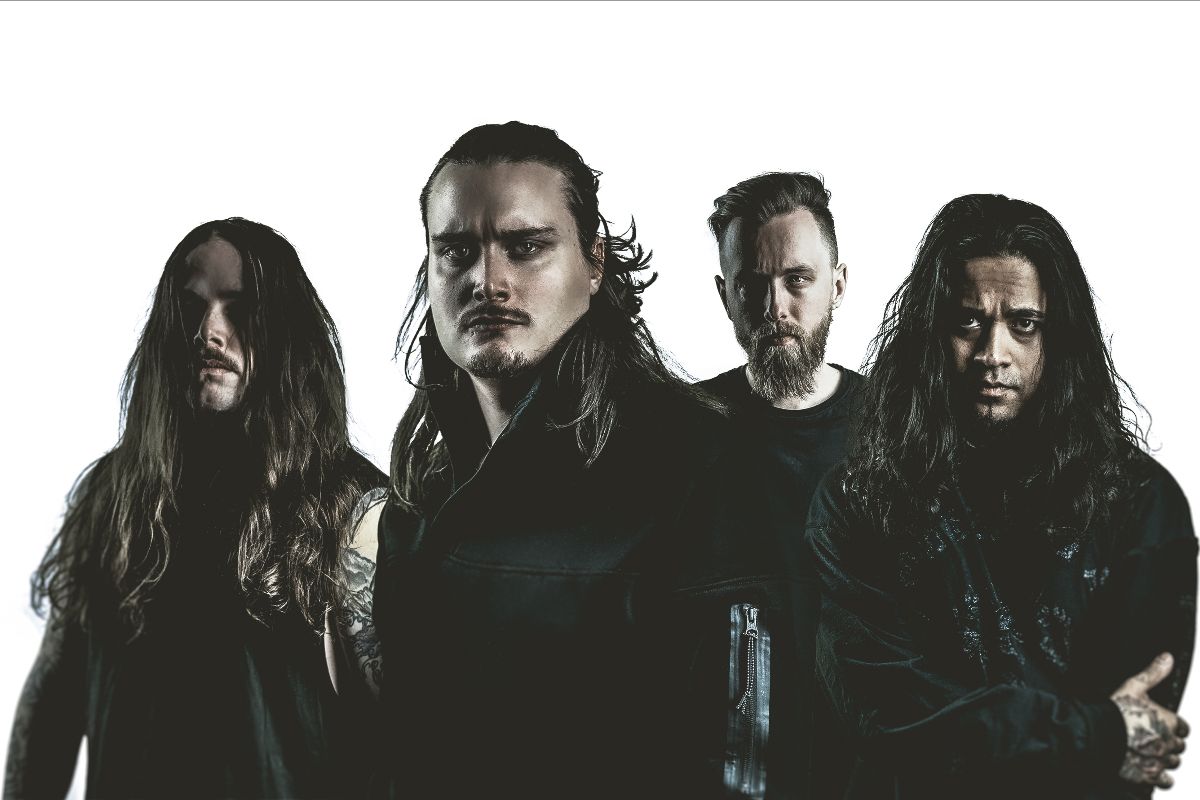 It’s me, Niklas Karlsson, I play the guitar and do vocals in the band with Richard Hansson on lead guitar, Fredrik Lennartsson on bass guitar and finally there’s Christopher Wallerstedt who plays the drums.

Drawing so much inspiration from the greatest of the greats, there are a lot of familiar elements in our music that people have certainly heard before, but what I think makes our sound become Orbit Culture is basically the mashup of all those bands, crossing genres, experimenting with different vocal styles and through that it somehow becomes ours – and hopefully pretty unique for our fans and first time listeners.

I believe one of our latest singles ‘The Shadowing’ from our upcoming album ‘Nija’ would be a good choice. It has this tractor engine-sounding main riff, it has growls, it has raspy vocals, it has a clean melancholy part which then breaks out to this orchestra and wall of sound. I think this song represents where we are now as a band and I’d say that you get all the stuff you’d expect from an Orbit Culture song in this one.

With the Coronavirus still torturing the world, like many other peoples’ plans ours have either been cancelled and/or postponed. That means we’ll not be able to play this year at all and that is devastating of course, but we’ll use the free time to work on even more new music and we’ll also try our best to keep up with the online content. Safety first of course!

Ah, gosh! There’s so many! I really believe that when it comes to the majority of songs in this world, if it had not been the original writer/writers who wrote it and/or played it, it would not feel exactly the same, I guess. However, that said, I’d love to have written the riffs on ‘Master of Puppets’ by Metallica. It’s kind of a weird build-up of riffs If you think about it, but man, does it work? Absolutely, it is one of the best heavy metal songs that’s ever been written.

Metallica without a doubt. The fire and that energy during those 80’s shows are the absolute peak of metal for me. I wished I could’ve been there, but YouTube helps a lot, haha.

Secondly, Gojira. The accuracy on stage along with their complete, atmospheric soul-touching sound coming out of the speakers, whether it’s live or on an album is just astounding. One of the best if not the best metal band for me for the last 15-20 years.

Thirdly, there are quite a handful of bands who share this place for me. Static-X, Rammstein, Behemoth, Humanity’s Last Breath and more. I’m always on the hunt for new inspiration, it does not have to be metal, but the bands mentioned in this list are the one’s that I always seem to come back to, whether it’s for writing, guitar tones, live show-inspiration and more. I’m sure all of these bands combined in this question more or less helped create and shape Orbit Culture.

Head over to our YouTube channel Orbit Culture Official or our label Seek and Strike’s YouTube channel to get all the latest videos and stuff. We’re working on a live performance video so that people can check us out from home during these Corona-times.

Haha, that’s a tough question. Without getting to cheesy, I have to say a wolf, or more like a pack of wolves. Alone we can be fragile but we can still both take and inflict some harm, but together with the band and fans, we’ll roam this world stronger than ever before.