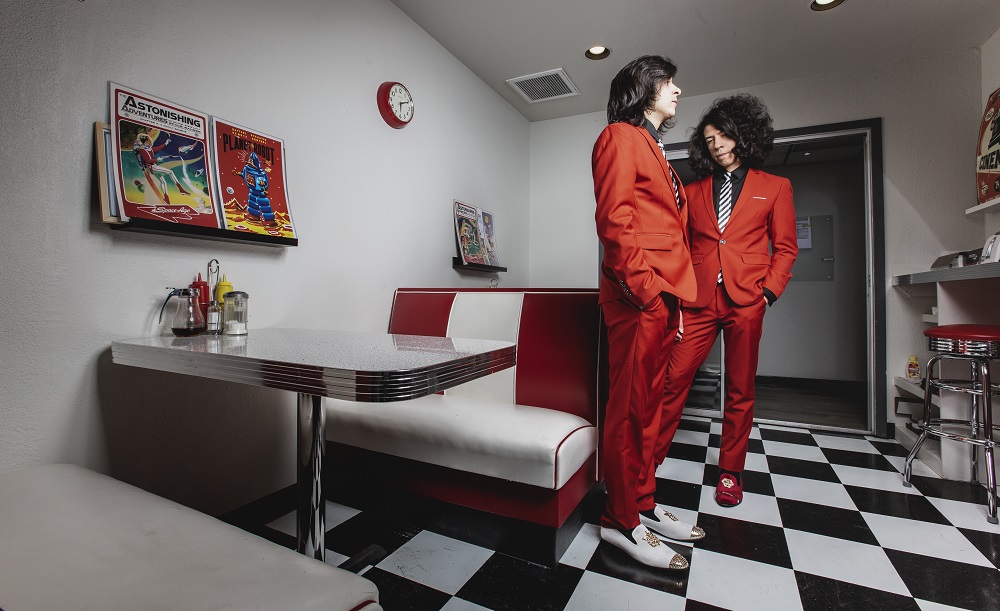 Donovan: A hybrid of a lot of bands that have influenced us in recent times. Progressive pop music.

Sergio: It’s hard to have my own take on the sound I help produce. I tend to really only be able to get that perspective after the record has been out a year or two. As of now, I would maybe say it’s an attempt to showcase our natural musical writing instincts, which tend to be a little more chaotic in our other/previous bands, and calm it down so it’s not so chaotic and a little bit more controlled. Or to be a little bit more visual. sometimes our music feels like a Kandinsky painting, while our other bands feel like a Jackson Pollock.

Sergio: Gemini or Hoxton, since those feel like they’re encapsulating of our overall sound, at least for now.

Donovan: Not a song, but lots of Oscar Wilde quotes.

Donovan – All the normal streaming sites.

Sergio: All the normal and abnormal streaming sites.

Donovan: We are animals.

Sergio: I think I would be a Red Panda, and Donny would be a Pteropus, which is a genus of megabats, which are among the largest in the world.  Nova Charisma live shows would consist of a zookeeper attempting to contain us, but unsuccessfully doing so, quitting on stage with a mic in hand, laughing at his own misery and the absurdity of this all.