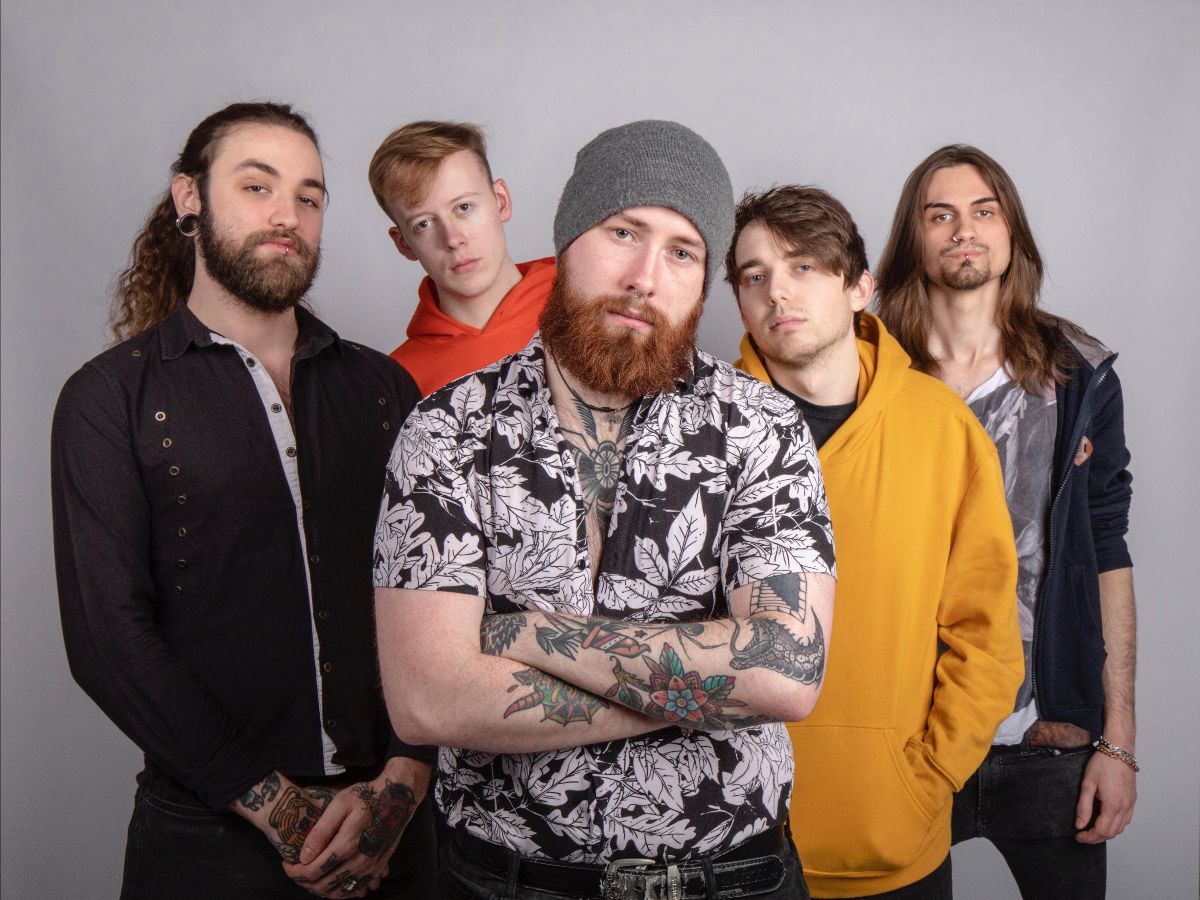 Jet Fuel Chemistry is me (Lorcan Macken) on bass, Danny Bochkov and Ed Orr on guitar, Dan Cusack on vocals and Ross McDermott on sticks.

2. How would you describe your sound?

The whole idea is to utilise all the harsh aggressive guitar playing prevalent in the melodic metalcore tunes we grew up on when arranging what are otherwise pretty accessible contemporary rock songs. Most of the demos start with me faffing about on guitar at home and I’m always thinking “Foo Fighters with some djent candy sprinkled in there somewhere”. I can’t say if that’s what we end up with, but it’s where I start from, roughly speaking.

3. If someone was going to listen to your music for the first time, what one song would you point them towards?

I’d tell them to listen to ‘War’. It’s got this really bouncy groove that I think is kinda timeless. It really strikes the balance between heavy and hooky well and the lyrics really set the tone for the rest of our material.

Wait it out I suppose. 2020 has been horrific. I think touring coming back even in 2021 is an optimistic notion. We’re gonna keep working on new material. At this rate by the time our EP launch can go ahead, it could be the launch of two EPs. Tickets here.

5. What is one song you wish you wrote?

‘Sword in Mouth, Fire Eyes’ by Norma Jean. I’ve yet to show that song to somebody and not see them crack a smile before the last chorus, it’s so huge. They don’t even usually play it live as far as I know, but it just kills me that this famous melodic hardcore band who plays these monstrously heavy sets actually wrote one of the sickest rock songs I’ve ever heard. We play it sometimes, I desperately wish it was ours.

6. What three bands or artists have inspired or continue to inspire you the most?

I think ‘Nothing More’ for their ability to push boundaries musically, they have these grooves and atmospheric layers that I cannot fathom the process for composing. ‘letlive.’ / ‘Fever 333’, both are a huge deal because Jason Butler is a walking masterclass on being an engaging live performer, and lastly ‘Periphery’ because… well like, it’s Periphery.

7. Where can our readers see you live and listen to your music?

You can catch us at The Grand Social in Dublin, March 13th 2021. Tickets are available on Ticketmaster now. We’re working on getting a livestream gig up and running before October, more news on that to follow. Instagram and Spotify are the best places to keep up to date with us. A water bear, 100%. They might be tiny, but they’re extremely resilient to the point that they can survive in outer space. Despite being too small to notice at first, they’re strong enough to outlast the harshest conditions and thats what makes them special. That’s what we are, that’s what we have to be.

8. If your band was an animal, what would it be and why?

A water bear, 100%. They might be tiny, but they’re extremely resilient to the point that they can survive in outer space. Despite being too small to notice at first, they’re strong enough to outlast the harshest conditions and thats what makes them special. That’s what we are, that’s what we have to be.