Hot Takes: Getting To Know In Fear They Follow 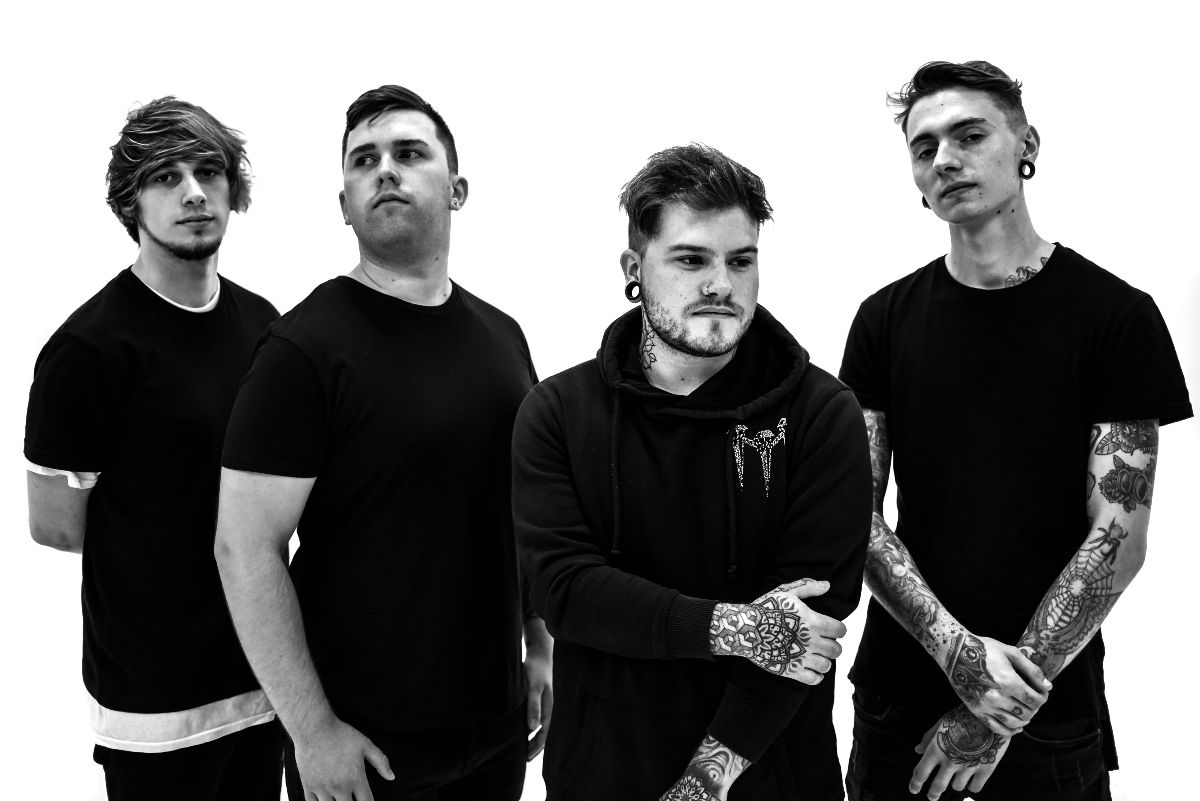 We combine elements of metalcore and nu-metal to unleash something dark and fresh with an unrelenting energy. Combining this with classic metal grooves creates something we feel separates us from other bands in the metalcore genre.

We’d tell them to check out our latest single Erebus, as it’s a song with something for everyone. The song has great meaning and strength behind it, lyrically representing our vocalist Jake’s own internal battles fighting depression and feelings of self-hatred. The song has a huge chorus that’ll stick in your head and make you feel empowered when you’re feeling low, but it also has killer riffs and some really heavy moments to make your jaw drop.

2019 is our busiest year so far! We’ve already released our music video for one of our new singles ‘Solace’ and our latest dropped our single ‘Erebus’. Our debut EP ‘Solace’ came out on 5th April.

We also supported our brothers in Bury The Traitor on their UK tour for their EP release ‘Ascend to Clarity’ in February and have more tour announcements on the way very soon! We’re also stoked that we’re supported Napoleon on both their Bristol and Nottingham dates (14th and 17th March) of their farewell tour.

For the rest of 2019 we want to be playing as many shows as possible, bringing our live performance to our fans and new faces. We’re also steadily writing new material along the way to keep the momentum going following the release of our EP in April and hope to push the boundaries of our sound as far as we can.

It has to be ‘My Curse’ by Killswitch Engage, that song is just such a classic banger. The vocals are unreal and the lyrics, guitars and melodies just grab you straight away. It’s also our sing along tune in the van when we’re on tour, so always holds great feelings for us.

Q6 – What three artists inspired or continue to inspire you the most?

Killswitch Engage – These guys are just the titans of metalcore, we love how far they’ve taken their sound and how iconic their style is. The band are incredible live and have written so many amazing songs, we’d love to be performing alongside them one day!

Wage War – We always feel inspired by this band as they’re still so fresh and consistently releasing killer music over and over again. Their clean vocal melodies and hooks are always far above the rest and they just absolutely slay live, we definitely recommend checking them out!

Northlane – One of the bands that definitely created something totally new, which loads of bands have tried to copy over the years. We take so much inspiration from the fact that they created their own unique sound over other bands coming out at the time and created one of our favourite albums ever. We’re excited for their new release!

Our music is available on all digital stores and streaming platforms. Catch us live with Napoleon in Bristol on 14th March and Nottingham on 17th March, or follow us on Facebook, Twitter or Instagram for more tour announcements soon and come to a show near you!

Haha, damn this is a tough one. We’d probably say an Elephant, as they’re big, loud and heavy. Just how metal should be.