It’s now less than a month until Download Festival 2019! We scour through the bands in a two part series of our ones to watch! First up, I (deputy editor Lizi) take you through 10 of the artists I’m most looking forward to seeing 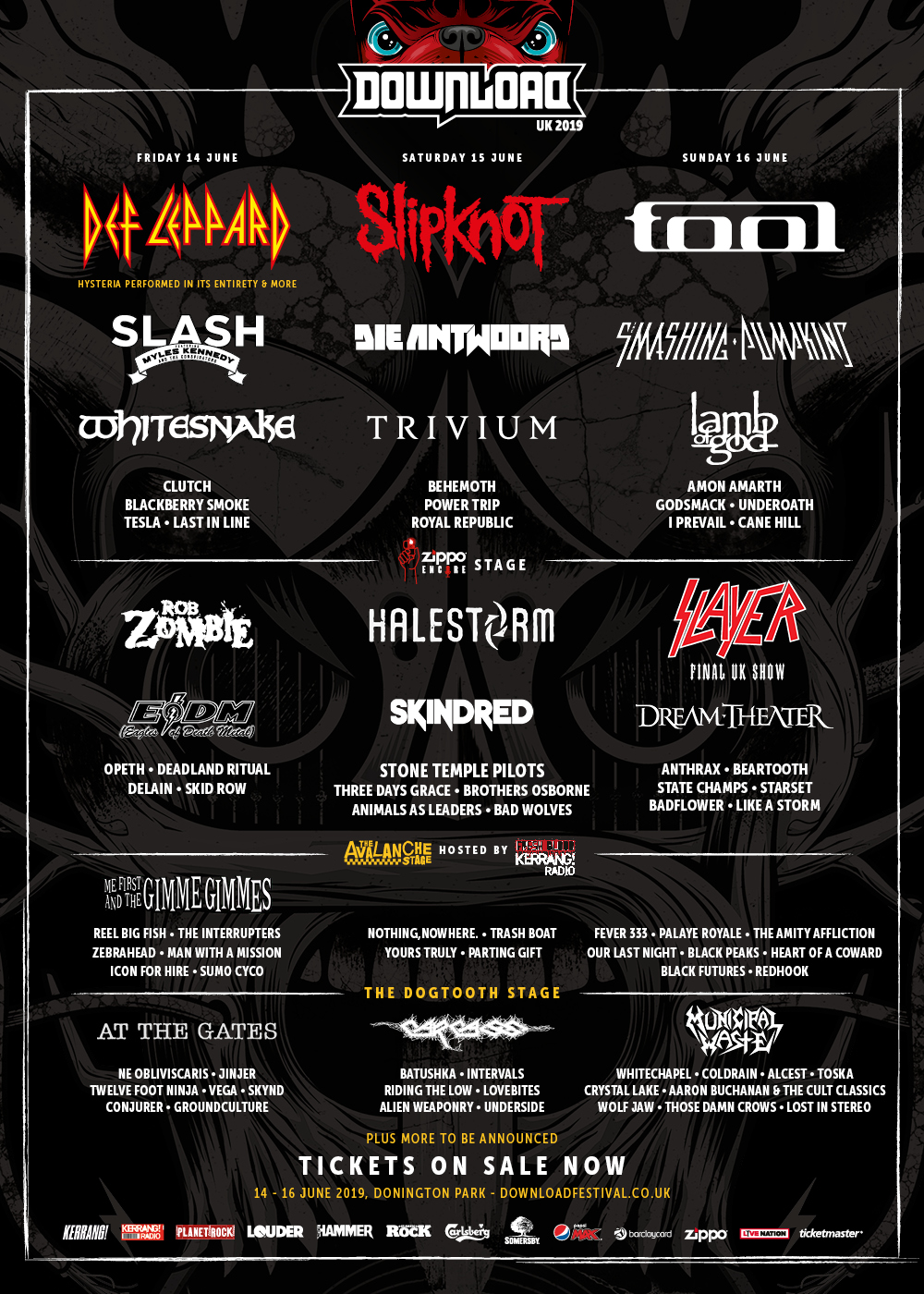 You may be aware of Cane Hill from THAT weed incident at the Kerrang! Awards in 2016. Unfazed by pretty much anything, the American quartet left nothing behind in their brash, outspoken debut album Smile. Although they seem to have slightly calmed lyrically, if you want heavy then Cane Hill are for you.

Rob Zombie returns to close the Zippo Encore Stage with his horror-inspired tunes. Expect a whole raft of classic hits as White Zombie tracks are almost guaranteed to feature in his headline set. No matter how many times you see him, Rob Zombie never fails to disappoint.

New Zealand via America metallers Like A Storm return to Download for the third time in five years. Downloaders cannot get enough of the heavy rock tinged metal, complete with a unique twist – the didgeridoo. Having previously opened and main supported on the Dogtooth Stage in 2015 and 2017 respectively, you can expect one hell of a production and live show on the Zippo Encore Stage. With their new record Catacombs out now, they will leave you feeling like you’ve been hit with a Bullet in the Head as you get blown away by their sound.

If there is one thing you need to be present for at Download this year, it’s Skindred‘s set as they charm the crowd and frontman Benji Webbe will have you eating out of the palm of his hand during a party set of reggae rock. Be prepared as the revered Newport Helicopter is sure to make an appearance.

The energetic phenomenon that is State Champs return to Donington Park with their high octane pop-punk and catchy, melodic choruses. Prepare to be off your feet for the entire set as Download becomes one big State Champs sing-a-long.

If you’ve been living under a non-musical rock for the past 12 months then you may be one of the few to not be entranced by Fever 333 just yet. The protest punks have created an army of allies through their exhilarating live shows and unabashed lyrics as they challenge the world to change. This is the second year in a row that they have graced the hallowed Download. Be aware, there’s a mother fucking fever coming!

If you’re looking for some metalcore that perfectly combines smooth, melodic cleans and guttural  screams then Amity are who you must not miss. The Australians combine deep, relatable lyrics with massive hooks, headbanging riffs and the aforementioned perfect vocal compliments.

I personally came across Aaron Buchanan & the Cult Classics in 2017 as I was waiting for Like A Storm who were up next. I was blown away by the sheer talent of the band and the flamboyance of frontman (and former Heavens Basement) Aaron. He commands the stage and crowd like a cross between Freddie Mercury and Justin Hawkins. Expect a big performance.

Canadian quartet Sumo Cyco are set to bring their crazy live show to Download. While no strangers to the UK, it will be the first time they have entered the hallowed mud of Donington Park. We can expect some new music in the set as Sumo Cyco have recently released single Love You Wrong and are in the process of crowdfunding for their next album. Expect raucousness in full flow.

Trash Boat have become one of the UK’s favourite hardcore bands over the past few years. Following their main stage Reading and Leeds festival appearances last year, they head to Download with a spring in their step. The appearance will surely see tracks from latest album Crown Shyness and will act as a massive warm-up for their UK tour in September.