Today’s track of the day comes from Continents with their single Bad Blood! 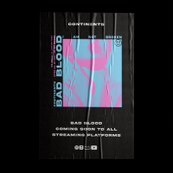 Today’s track of the day is a special one as it marks the return of Continents to our ears!

After going on hiatus in 2019, they have returned with new single Bad Blood – the first new music since 2017!

Vocalist Phil Cross said: “Bad Blood is about being gas lighted and being made out to think you’re in wrong causing yourself to overthink a scenario day in day out, wondering what other people are thinking about you and making the “scenario” ten times worse whilst being in a constant spiral of social anxiety, on the verge of doing or saying something you may regret but instead standing up and telling that individual their words have caused this and you’re taking back control”