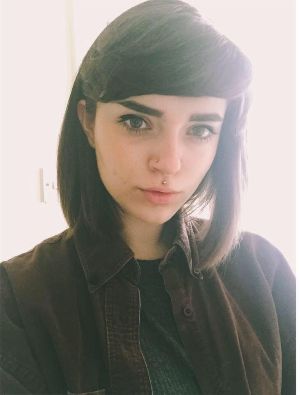 Hey, I’m Shannon. I promote DIY shows on the South Coast under Eyeless Promotions. I’m hoping to get involved with releasing music soon too.

It’s hard to decide what I’d regard as a guilty pleasure, since I can have some seriously debateable taste at times. Perhaps Giorgos Alkaios & Friends. They released a song called ‘Opa’ in 2010 as the Greek contribution to Eurovision. I don’t think I’ve watched that competition since, or checked out any further releases by them, but I can promise it’s one of the most upbeat songs you’ll ever know – If you like not understanding and synth. Lots of synth.