Today’s track of the day comes from Thornhill with their single Arkangel! 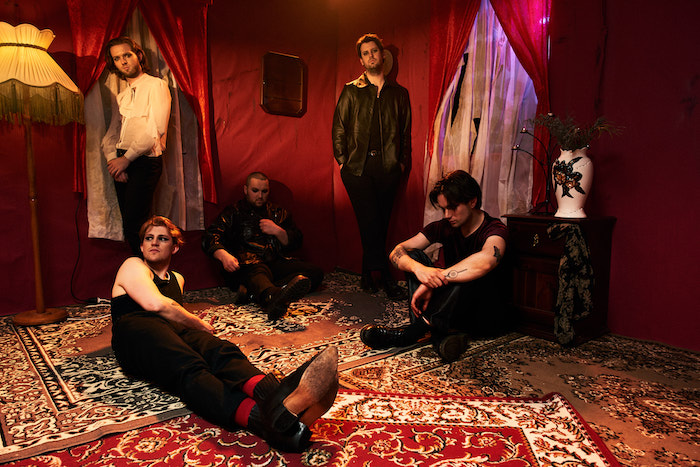 Guitarist Ethan McCann said: “I started writing ‘Arkangel’ after surrounding myself with media from the late nineties and early two-thousands. I found the hit of nostalgia to be incredibly comforting while we were all locked away. I wanted this song to make you feel the way I felt watching these shows and movies from this period, so I treated it almost like a film score.

“I found the opening credits to the old Sarah Michelle Gellar ‘Buffy’ series and basically wrote to that opening sequence. The sections of the song move quite rapidly, the root changes three or four times within the first minute which to me is what a band full of teenagers would be doing in their garage. They don’t really know what they’re doing but it feels natural and is such a perfect representation of that era that they are living in.”

Jacob Charlton, vocalist and lyricist, said: “I usually write lyrics and melodies around the general atmosphere Ethan brings to each track to better bring it forward in the listener and myself, as a lyricist. But this time around with Ethan’s newfound method of creating, I decided to change up my workflow and write a bit more like a script or movie narrative to allow for more ambiguous storytelling and attitude to come through, rather than just giving up the meaning straight away.

“‘Arkangel ‘is an alternate take on the story of ‘Icarus’, discussing the tension between two lovers who become violent with one another as friction builds in their lustful affair.”