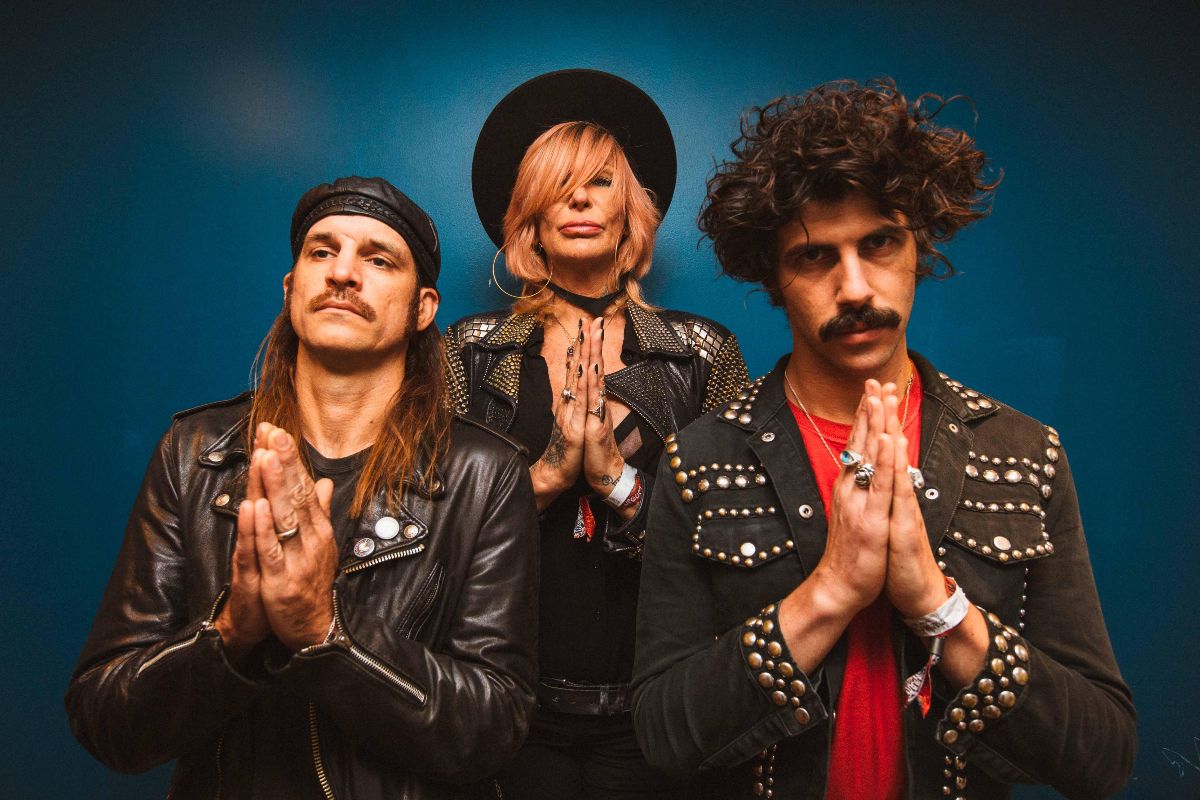 The Shrine have unveiled the video for the title track of their recently released EP Cruel World. The riff-ful track has an interesting accompanying visual.

The band’s Shepard Fairey said: “The things that attracted me to skateboarding, punk, and metal in the ’80s were their complete rejection of mainstream conformity and their embrace of aggression, rebellion, and do-it-yourselfing ripped to shreds danced on the razor’s edge.  As subcultures became accepted and co-opted over the years, I craved music and a scene with the raw intensity of Black Flag, Black Sabbath, Suicidal Tendencies, Motorhead, the Circle Jerks, etc.. When I discovered The Shrine I realized that the kind of feral, sleazy, high-octane, fun as hell band and scene that I was looking for was out there, not in their 50’s, but in their 20’s.

The warehouse record release party for The Shrine’s “Rare Breed” was the most awesome steaming pile of sweaty, surly, rock gods and goddesses in denim and leather I’ve been to in years! There were more kick-ass rock and skate t-shirts in that room than I’d seen in the last five years in Echo Park and Silver Lake combined. I’ve seen a lot of great shows in my life, but to have that particular crowd pogoing and stage diving to The Shrine with Nik Turner from Hawkwind on stage improvising psychedelic punk saxophone was pretty surreal. Someone dove on my head and sprained my neck at one point but I was so hopped up on adrenaline that I didn’t feel it much until the next day. So yeah, I guess I could say the Shrine shred and I think they’re OK.”