Petrol Girls – No Love For A Nation

Today’s track of the day comes from Petrol Girls with their new single No Love For A Nation! 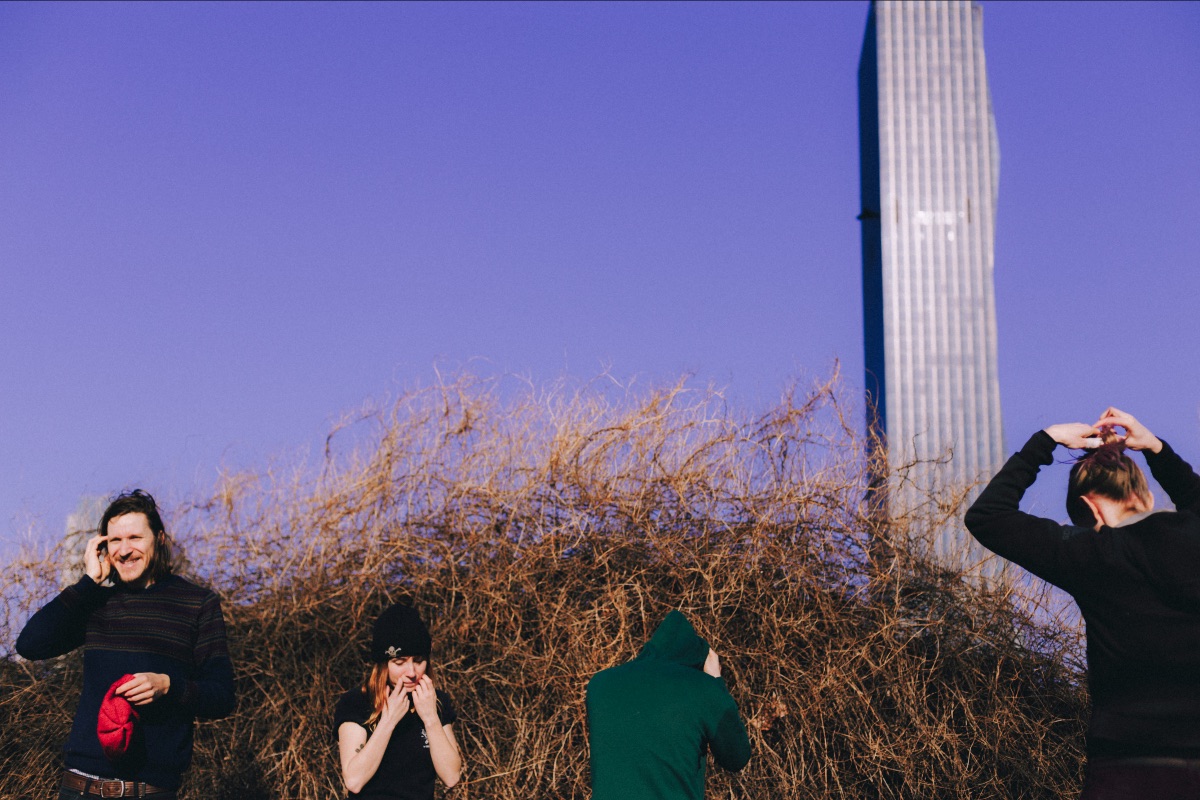 Vocalist Ren Aldridge gives us a detailed explanation that’s all you need to know about No Love For A Nation!

“This video is a collaboration between myself and the incredibly talented Martyna Wisniewska (@gingerdope). The video is a manifestation of an art project I’ve been doing for ages, cutting and stitching national flags.

‘Cut the shapes, out of the flag, swap them, switch them, patch and stitch them, hoist that rag.’

Lyrics from the song describe this ongoing art project with flags, and it’s also where the title of our album ‘Cut & Stitch’ comes from.

We shot this video on the way from Austria to the UK for our September tour, via Germany and France. Zock had the idea of hiring radical spaces to shoot the video in. DIY social centres and a radical bookshop – these are places in which radical organising takes place, where information can be disseminated and our community can gather. We filmed at Sub in Graz, Kafe Marat in Munich, Villa Bellevillein Paris and Freedom Bookshop in London. Thanks to all of those spaces and to everyone who took part in this project so last minute!

It was in these kinds of spaces that I first encountered the slogan ‘NO LOVE FOR A NATION’ in the form of stickers, banners and graffiti, and it has informed my politics ever since. I’ve found that many people are quick to make accusations of naivety against those of us that question the nation state, but I would argue that it’s far more naive (not to mention heartless) to think we can continue organising human society in the way that we do. Nations create borders and borders create violences like detention, deportation and the denial of safe passage. It is a bizarre and often cruel way of organising societies on the basis of where people happen to have been born. It is those on the fringes of these definitions that suffer their harshest consequences – refugees, migrants and asylum seekers. It is not acceptable that 18,000 people have lost their lives trying to cross the Mediterranean Sea since 2014, because they were denied safe passage on the basis of their nationality.

We stand in opposition to Fortress Europe but mourn Brexit as the result of populist nationalist politics and a xenophobic, dishonest and, at times, overtly racist campaign. We are not proud of Britain – we are embarrassed. Above all we are angered by the rise in racism and xenophobia since the Brexit result. We are deeply troubled and angered by the way in which populist nationalism has emboldened racists and fascists across the world.

At its core, the Nation State is just an idea – a notion – something that exists in our collective imagination and is consolidated through culture – through monuments and museums, through football and flags.

The video also celebrates the punk community, which stretches across borders and nations, and has inclusive and anti-authority politics at its core. I feel like this community offers us a glimpse of what might be possible.”