Irish metallers Dead Label are today’s track of the day with their new single False Messiah! 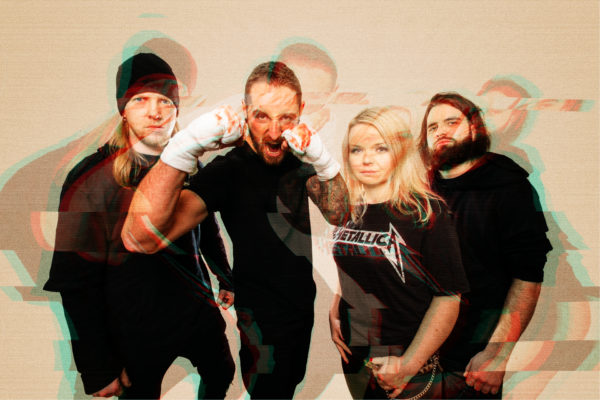 The track is the first released as a quartet, welcoming guitarist Mick Hynes, formerly of This Place Hell into the fold! Drummer Claire Percival told Overdrive who premiered the track:

“Being a four piece was something we were never opposed to, but we always thought it was difficult to find someone with the same level of commitment and determination as us.

However, last Summer we spent a lot of time with This Place Hell and it was clear Mick was cut from the same cloth as us. We also thought that adding a second guitar player would allow for us to experiment more for the third album. Mick’s guitar playing is very similar to Danny’s and he was easily incorporated into Dead Label. It’s like he has always been in the band now!”