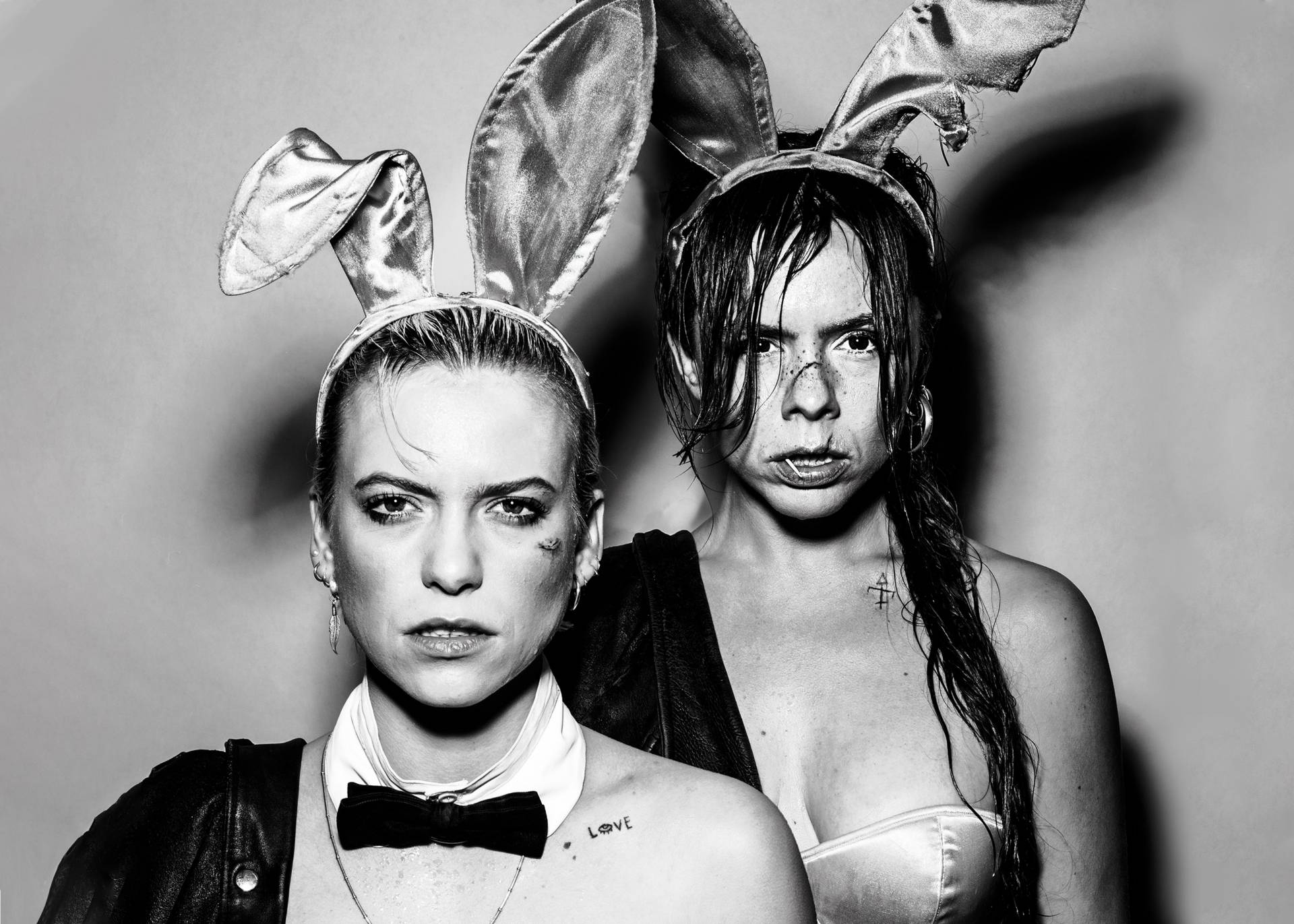 Bones UK are continuing their crusade for their debut album with the release of new single Filthy Freaks.

The LA based, London bred duo will be releasing their self-titled record through Sumerian Records on July 12.

Vocalist Rosie Bones explains of the feminist punk track: “Mermaids nowadays have this reputation of being very ‘girly’ and a bit ‘sucrose’. Loved by little girls.

“BUT I went back to the fact that in Greek Mythology they were TOUGH. Feared in fact. I came up with this phrase ‘URBAN MERMAID’ and started going down that rabbit hole, asking: “What would mermaids look like…have to deal with… if they lived in todays oceans?”

“They wouldn’t be conventionally ‘beautiful’ or ‘pristine’. They would be scarred and damaged, missing arms through speedboat accidents. Their tails wouldn’t be glittery and polished, they would be tough like a cod’s tail, with piercings in their fins. Their hair, not well brushed and flowing but tangled and ratty – with various plastic treasures caught amongst their braids.”

“The whole video once again touches on a theme we play with a lot musically, that you can be tough and feminine, powerful and vulnerable all at the same time. The song ‘Filthy Freaks’ is about just that. That we should embrace our quirks and eccentricities. Let’s be proud to be freaks.”