Not a lot has been mentioned of Waterparks over this side of the pond just yet but with the release of EP Cluster on May 27 (just in time for their Slam Dunk festival appearances and London headline show!) they are hoping that is about to change. 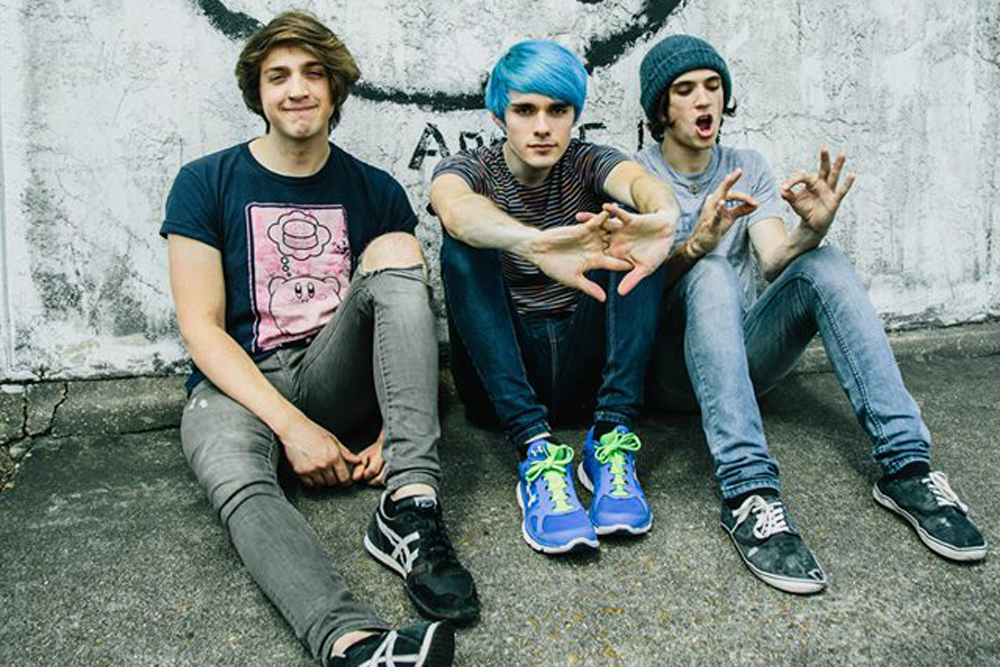 Not a lot has been mentioned of Waterparks over this side of the pond just yet but with the release of EP Cluster on May 27 (just in time for their Slam Dunk festival appearances and London headline show!) they are hoping that is about to change. So, why should you check out the Texan pop-punkers? Well, they’re a pretty big deal in the USA, where they have had backing from the likes of Good Charlotte‘s Madden twins and even got Mikey Way to play bass on this record! Good Charlotte have made no secret of their admiration for the trio, having them as the only support slot on their reunion show! So what does Cluster sound like?

Opening track Crave is the lead single from the EP. Now if you haven’t checked out the video for this, then you should go and do so right away, I’ll even link it here! Okay, watched it? Good, because come on, who doesn’t love a video of the Texan pop-punkers in animal onesies playing around with some cute dogs? No-one? Right, exactly! So what about the song itself? Well with its upbeat melody it is a true pop-punk track, it takes the tinge off the darker and more serious lyrics. Territory has angsty lyrics and a very electronic feel, a prominent drum beat. Mad All The Time is a catchy track with stick in your head lyrics, a repetitive chorus but it works well. At times, the vocal melody is rapid and the same can be said for parts of Pink. Pink is the most early- 2000s pop-punk style lyrically, referring back to the whole singing about girls but it is a breath of fresh air. Closing track No Capes begins with a lovely short piano melody before the massive guitars come in.

After listening to the EP, you won’t be wishing you could forget them, that’s for sure. Throughout the release, there are tight vocals from frontman Awsten Knight, with at times, a Kellin Quinn style to his vocals. Theres a lot of electronic tinges to the record which just adds to the appeal, loud guitars and a prominent drum beat all round out the sound of what is sure to be your new favourite band!