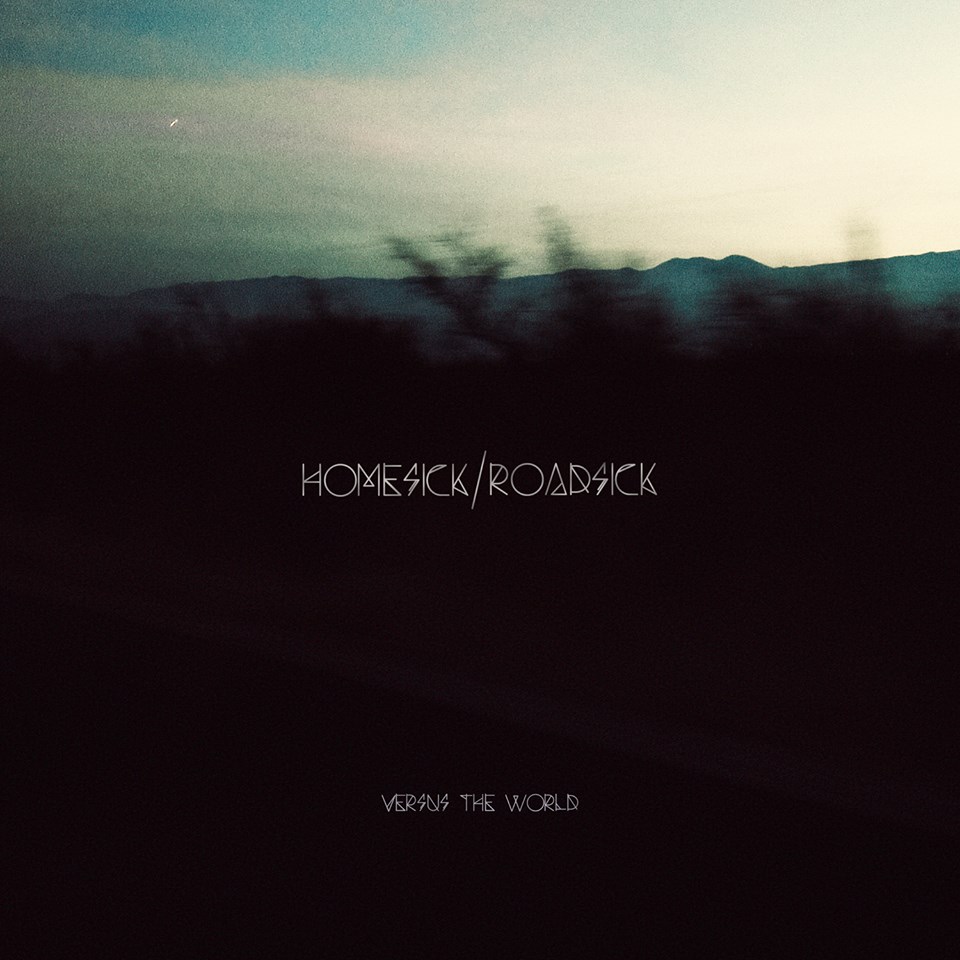 Let me just start out by sharing my view on things. There are millions of bands worldwide, a lot of them incredible, so I’m quite particular about how I use my time. Usually, unless there’s something that really catches me about a new band, I’ll get bored after about two songs. So far, I’ve listened through Versus The World’s ‘Homesick/Roadsick’ four times in two days. The Santa Barbara Rock/Punk outfit has certainly got a lot to offer with this new record.

Their third album opens with ‘The Santa Margarita’, a strong opener with emotionally-charged vocals, backed with energetic instrumentation. The mix sounds great, with a beautiful cracking snare and balanced guitar tone that definitely bring out the best of their sound. Vocalist Donald Spence wastes no time getting down to the things that matter, with deceptively haunting lyrics carried over powerful melodies.

Overall, the album offers an impressive variety of style, tone and feel. Whilst a lot of the album bears resemblance to modern pop-punk, there were definitely a few points throughout where I felt a sense of nostalgia of early-2000’s Alt. Rock, which I found especially charming. Spence’s vocals show impressive stylistic range and do a great job of tying the album together.

High points of the album would be ‘A Storm Like Me’, the titular track ‘Homesick/Roadsick’, and ‘Detox/Retox’. ‘A Storm Like Me’ is my favourite off the record, with compelling vocals backed by driving and emotional instrumentation. The vocals are powerful and well-written, with a catchy, albeit self-depreciative chorus; something which sticks with me. I especially liked the variation in the last chorus. If you’re going to listen to one song off the record, make it this one.

The title track, ‘Homesick/Roadsick’, has all the elements you could want from a pop-punk anthem. It’s charged, memorable and intoxicant, both vocally and instrumentally. It almost feels familiar, but that’s because it’s following something that works. The lead guitar offers tasteful melodies tucked behind the mix which does a lot to differentiate this track and the vocal harmonies seal the deal.

Perhaps the odd-track-out on the record would be ‘Detox/Retox’, and it’s for all the right reasons. The instruments are stripped back to a simple, driving force and the track feels reminiscent of Fall Out Boy, circa the ‘From Under The Cork Tree’ days. It may purely be coincidence that the track’s title reminds me of a Fall Out Boy lyric, or it may be a little homage. I’ll have to ask.

For the sake of transparency, I will concede that there were a few points in the album which I found disappointing. At times, there felt like a mismatch between the feel of the instrumentation and the vocals, which detracted from the enjoyment of certain parts of some songs. On a more personal note, I wasn’t a fan of ‘Sight For Sore Eyes’, due to its uplifting, anthemic nature. Not a bad song, by any means, but the whole ‘everyone is beautiful, don’t let the world get you down’ message feels a little tired to me.

Overall, ‘Homesick/Roadsick’ is a strong album, with some very good tracks on it. The mix is great, the variety is good and it’s bound to do well live as well. They have a European Tour beginning at the end of this month, I’d definitely recommend heading along if they’re coming to a town near you.

I am a drummer from Christchurch, New Zealand. I play in a Pop-Punk band called Community State and you can download/stream all of our music for free at community state.bandcamp.com

I listen mostly to Post-Hardcore, but I also listen to a lot of Metalcore, Pop-Punk, and Alternative, among others. My favourite bands are Of Mice & Men, Balance & Composure, Bring Me The Horizon, La Dispute and Pierce The Veil.