This review will cover the bands that I saw on Saturday at Underground Festival; a day that demonstrated the indie genre is very much alive and kicking. 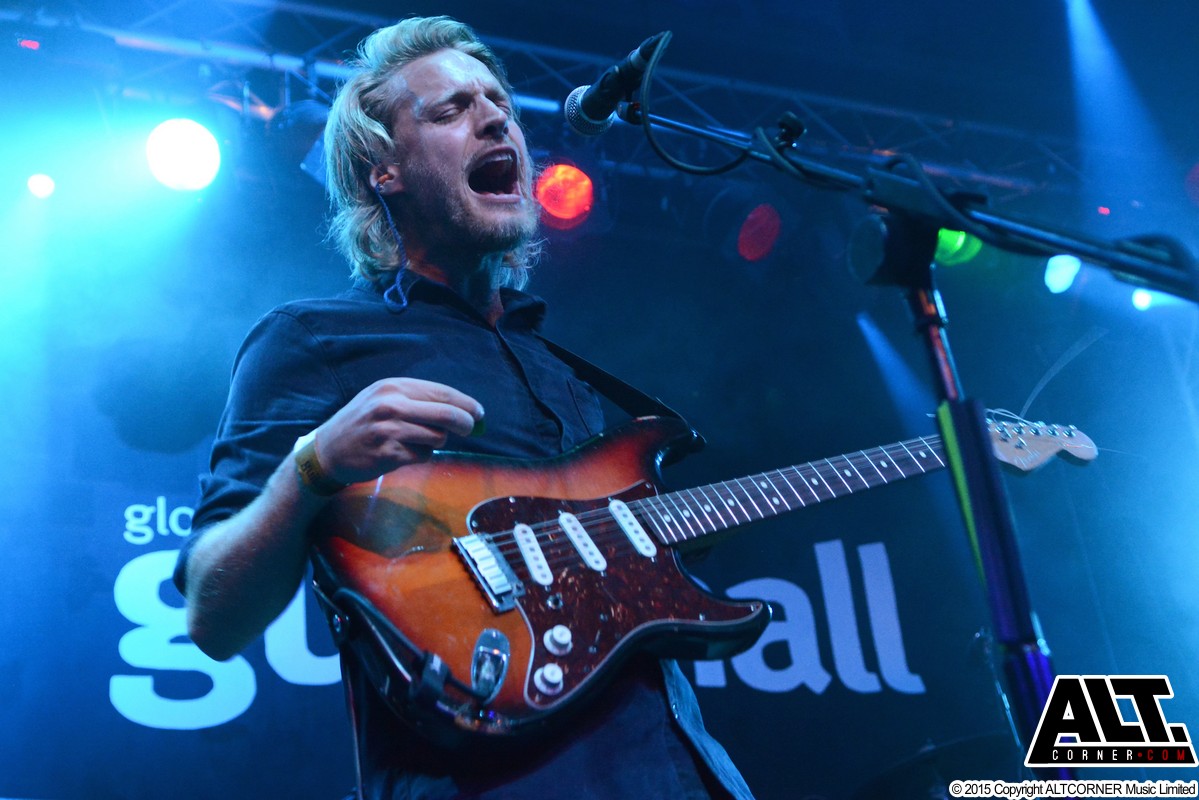 I went to Underground Festival this past weekend and what a perfect way to wave goodbye to festival season it was. Taking place at the Guildhall in Gloucester, a whole host of the finest upcoming bands gathered for a real great two days.

This review will cover the bands that I saw on Saturday; a day that demonstrated the indie genre is very much alive and kicking.

The first band I saw was Llaneli based indie rockers Cut Ribbons who had a real lovely vibe to them. The use of female and male dual vocals made their performance a real spectacle as they waltzed through tracks from their debut album ‘We Want To Watch Something We Loved Burn’. Their track ‘Clouds’ notably showcased the band at their dazzling and infectious best and I thoroughly enjoyed their set, as did the adoring crowd. They reminded me a lot of Norweigan indie heavyweights Team Me and I will definitely be looking to catch this band live again in the future.

Next up were London female quartet The Big Moon. Now, it was a real relief to see an all-girl group lean more towards a rock sound than going down the straight lace pop route. The things to take away from The Big Moon’s performance are just how fierce they are as a band. From their confident stage presence to their immensely talented members who all play their instruments with an appropriate level of sass… these four rocked it. The Big Moon are brimming with potential and could take Indie Rock by storm, similar to how Hole did with Grunge. I will be keeping a close eye on this quartet as a release of a debut full-length (which I hope is soon) could propel them into the spotlight their potential promises them.

There aren’t many times that you find a band that truly blows you away, especially when they are added to the line-up at the last minute. Brighton based Indie Poppers, Fickle Friends brought their irresistible brand of synth-driven pop that blew my mind. I am a massive fan of The 1975 and have been on the hunt for bands that follows in that vein…However, my search was unsuccessful until I saw Fickle Friends live. Now, don’t get me wrong I am not saying they are massively similar, Fickle Friends are by their own accord a fantastic band but they possess the same qualities as The 1975; quirky lyrics, addictive synth and enough grit to leave a long-standing impression. Tracks ‘For You’ and latest single ‘Paris’ were performed exquisitely and revived a flailing crowd who had lacked much movement for the previous acts. Lead singer, Natti made reference to the fact they replaced Lisbon and said something along the lines of “I bet you wish you were seeing Lisbon” but, I can tell you now Natti, I am delighted I got to see Fickle Friends… a truly refreshing and infectious New Wave Pop band who will certainly help me shake off the impending winter blues in the coming months.

Scottish five-piece Model Aeroplanes were next to take to the stage and what a great outfit they are. Providing feel-good infectious indie rock that contains some seriously impressive riffs, they really got the crowd moving. They even treated the crowd to a performance of a song that has not been heard by anyone but for the members of the band. The track went down a treat and followed suit like much of their stuff; charming and sway-enthusing. I enjoyed their set and think they are a thoroughly excellent band but they for me, they didn’t offer up anything musically that I had not heard before. Their charm within their stage presence and praise for UK shows drew a cheer and their set went down very, very well from an audience they undoubtedly conquered; I am sure they have won a large amount of fans from this performance so bravo Model Aeroplanes!

Glasgow rockers Baby Strange took to the main stage and they brought swagger and riffs in abundance. Their laid-back rock n’ roll style went down well with the crowd and if I had to describe their sound in the form of an outfit It’d be: Leather Jackets and Aviators. The three-piece oozed cool and despite being a little bit repetitive and having some lyrics that lacked a little zest, their set was received well and they certainly made their rockstar print on Underground Festival.

Headliners Tall Ships had been on my list of bands to see for a number of years. Their 2012 album, ‘Everything Touching’ was one I listened to religiously throughout my A-Levels and after their performance, I sure do regret taking the time I did to go and see the live. From start to finish their live set is a journey through a whole pallet of emotions ranging from perpetual love, loss and the feelings you still hold for your first love. Playing the finest slices from their debut album ‘Everything Touching’, there were also performances of old favourite ‘Plate Tectonics’ and a treat to a new song from their upcoming second album. The whole performance was an absolute treat as their whole performance is as mesmerizing as it is beautiful. With a new album finally on the horizon, this four-piece showcased all the credentials to prove they were more than worthy headliners and provided the perfect end to a day that had been a showcase of some of the best upcoming indie acts in and around the UK.