The Waterboatman – This Year I Learned How To Hide 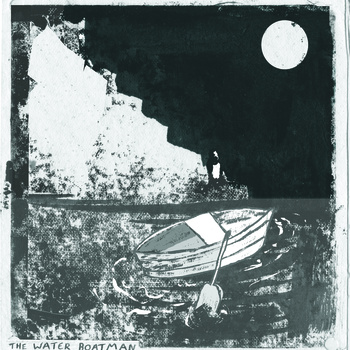 These are just three ways in which The Waterboatman describes his debut release ‘This Year I Learned How To Hide’.
The content of this whole release is a complete whirlwind of different genres, styles and well, ideas. The artist himself states that the album is “series of sounds made as an elaboration of a very confusing, bland and difficult year, one in which i’m still not entirely sure who was driving my body for me. Some of the sounds are songs, others are little ideas. Designed to be listened to quietly on a walk home”. Which in many ways is a perfect introuduction to the tracks you hear on ‘This Year I Learned To Hide’.

It’s taken me a few, hard and long listens to get my head around this album and if i was to say i have a clear understanding of what on earth is actually going on, I’d be lying. Luckily I don’t think that this release is meant to be understood. In fact, it’s the mystery of the origin and idea behind each track that makes it exciting and dare i say, refreshing. The album is extremely personal as it is exactly like opening up The Waterboatman’s brain and seeing exactly what goes on inside it.

With this raw and honest style to creating an album that plays more like a diary of what goes on in his head, there is some real contrasting styles and ideas here. Some work and venture into Sun Kil Moon-esque concepts(with of course a lot more experiementing) but there is a strong nucleus here by someone evidently talented.
The album ebbs and flows between showing sparks of brilliance to leaning towards way too much self-indulgent lunacy that is actually quite difficult to listen to at times. It’s unclear what the aim was for this album but it’s one that constantly surprises me upon each listen. The origins of the songs are often difficult to comprehend and some of the feelings tied to each song are too often lost to clashes of sound and for a lack of better words, just elaborate and meaningless noise.

Some tracks like ‘Lucky Man’ and I Haven’t Worn Shoes All Day’ hit the mark with their slow driven and weary toned-down styles that make for a peaceful yet agitated listen. Others like the interludes ‘The Man With Bushy Eyebrows’ and ‘How To Escape’ are damn right weird and well, confronting to a newcomer of this brand of experimental music.

An album full of songs that simply make no sense or an album full of fantastic awe-inspiring ideas that entice thought provoking views upon each listen…I’m not sure which one this falls into nor do I know how I feel about it. As a newcomer to this genre by The Waterboatman, which a lot of people will be too, it will go one of two ways; you will love this ‘late night walking’  experimental feast of raw ideas or you will be picking up pieces of your brain off the floor as your mind melts as to what on earth this is and how anyone can consider this ‘music’. This album is all about how you interpret The Waterboatman and his muddled ideas… some will love it, some will hate it and to others it just won’t make any sense.