Lizzie had a listen to Synth Punk band The Dead Betas new release, ‘Siren’. Here is what she thought… 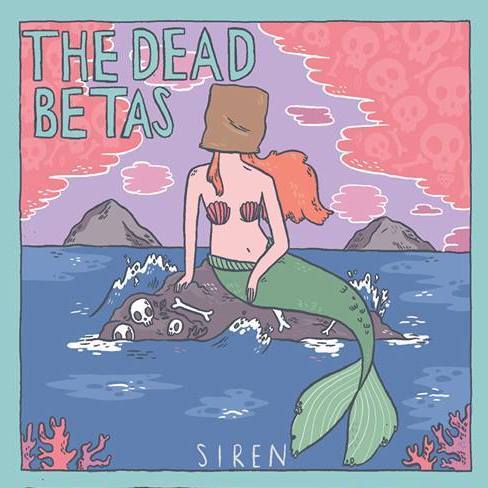 The Dead Betas are the kind of band that make my parents reminisce about Johnny Rotten and 1976. Their new EP Siren will be released on April the 13th to the UK and let me say now, it is not one for everyone. I can safely assume that if you are a fan of punk/synth-punk they are probably a band you’ll really enjoy, but if you don’t wear Doc Martins and heavily badged biker jackets with turned up skinnys, they might not be your cup of tea. Consisting of members Tobias Monsters, Aidan Sugarboi, Martron, Kazraine Maars and Bong Smell the band use synth-y introductions to intense riffs and head banging drum beats alongside brutally truthful, and explicit, lyrics. If you want to piss off your parents, listen to the Dead Betas. And, luckily, they’re about to start their next tour, supporting The Birthday Massacre on April 21st in Glasgow.

If you listen to The Hell, Frank Carter (Gallows not Pure Love) and possibly Max Raptor, I would definitely suggest going to see them. The only criticism I can make is that some of the lyrics, especially in the song Lotion, can be very crude and not necessarily with comedic value. They’re a band designed to offend with their ballsy shouting they are without a doubt succeeding. They have announced that anyone to listen to this EP should ‘prepare to be challenged’ so buying the EP is not something you should do lightly. Consisting of four songs that don’t vary much musically or lyrically, they definitely do challenge and should always be listened to at top volume when you’re feeling particularly rebellious. Despite the vicious lyrics, they appear to be an adrenaline fuelled, light hearted bunch of guys that cannot wait to show you an energetic night, so if you need some stress release through moshing and a lot of head banging and if you enjoy putting your fists or middle fingers in the air check them out and buy the EP.

Not being a huge Punk fan myself, I do find it hard to judge where they stand against their fellow pure grit bands. The catchy and painful lyrics are what set them apart for me though, showing that not only do they have the correct contemporary views for this genre, but they are really not afraid to show it. The combination of Synth and Punk is also something that could help them on their way to fame and fortune because it is beautifully produced for such an ugly sounding EP. A real punch in the face.