This weekend (6-8th November) became music heaven for both artists and fans alike in the Welsh capital. Wales’ answer to Camden Rocks festival was upon us and I saw The Cradles’ set… 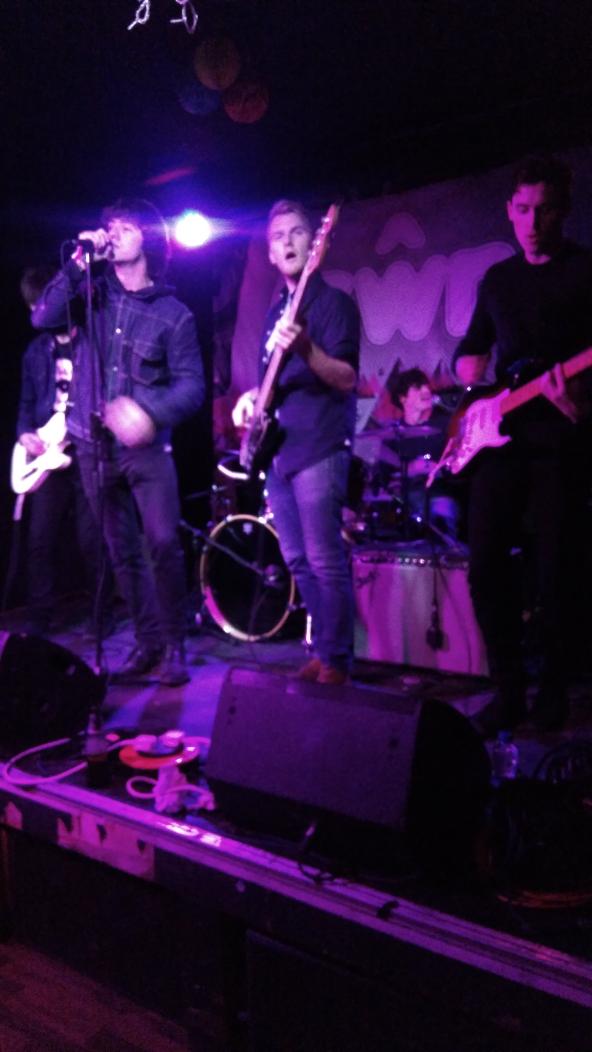 This weekend (6-8th November) became music heaven for both artists and fans alike in the Welsh capital. Wales’ answer to Camden Rocks festival branched out from its one-day format of previous years into a full weekend festival with bands galore from both Wales and further afield. A dynamic range of acts to suit almost anyone’s taste over ten rooms in eight venues across the city centre.

There was plenty of great acts worthy of mentioning including Sam Russo an acoustic singer-songwriter with a very distinct Kelly Jones from Stereophonics style voice who opened up the Moon Club stage on Sunday and duo Lusts who proved that great rock music can be achieved with just a drum kit, guitar and vocals.

A band who’s set I managed to catch was The Cradles, the quintet from Cardiff sub-headlined The Moon Club on the Sunday. The band are influenced by the likes of The Beatles, The Kinks, Pixies and The Strokes which was evident in their set. The small stage limited movement however the talent shone brightly. Frontman Joe Norman’s vocals were akin to a cross between Oasis’ Liam Gallagher and The Kinks’ Ray Davies. The intricate guitar riffs and prominent drum beat provided a tight performance as the band played through tracks including Denmark Street, Don’t Call ON Me, Stamp Man, Locking My Door and closing track Ideal Girl.

The tracks all flowed perfectly from one into the next, making for a flowing set that left a lasting impression on those who attended. Stamp Man is a track that a downcast feel on it lyrically but sounds incredible live. The ending instrumental of Ideal Girl has a synth feel about it. All in all, The Cradles are a band who are bringing old school rock back to the forefront, with their mixing of rock from past decades, they’re a band that are sure to reunite generations of rock fans who currently differ on the way rock music has gone.

I also had the added bonus of the bus playing Nation Radio on my way home from the festival and Denmark Street which the band opened the set with, was played by Shay from Kids In Glass Houses. If you get the chance, make sure you go and check out the quintet!