The Broken Bones Gentlemen’s Club played the Mothers Ruin in Bristol and made sure they brought their ‘A’ game in this evening fueled with hard-hitting punk rock! 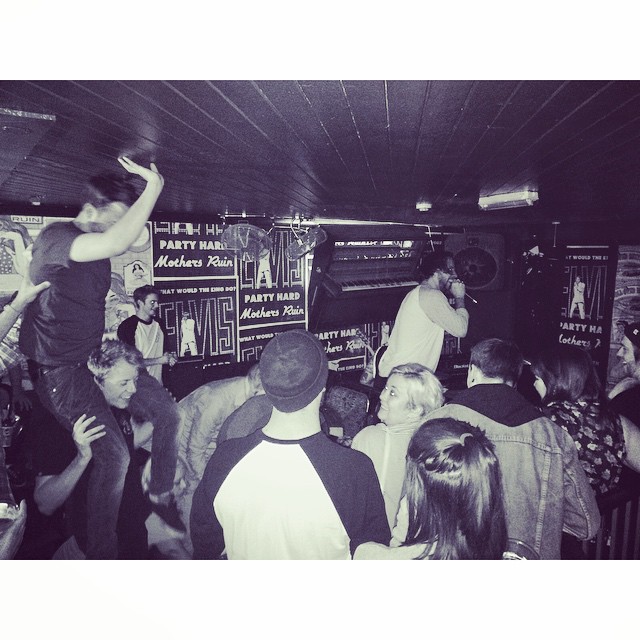 I can’t help but feel slightly cheated when I think back to the amount of punk bands I’ve seen. For some bizarre reason, my experience is limited to say the least. Ever since I was young I’ve always had a massive sweet tooth for straight out punk bands such as Dead Kennedy’s and Black Flag, mainly down to ‘Police Truck’ being a song I used to set to ‘on repeat’ when playing Tony Hawk’s Pro Skater.

On Sunday of the first May bank holiday, my chance to finally see a straight out of the box punk rock group, reminiscent of the glory days of bands like Propaghandi and the like, of whom I’ve missed out on due to my age, had come. The evening celebrating the release of The Broken Bones Gentleman’s Club new EP ‘III’ and at the same time was raising awareness and money for ‘Lift Psychology’, a charity held dear to the band’s hearts.

The venue was The Mother’s Ruin and it was an intimate, close-knit setting which if I had to stab a guess normally hosts more softer bands than the stormer of band that was about to come tonight.  The intimacy and uniqueness of The Mother’s Ruin however, served as a perfect venue for what was to come…

The Broken Bones Gentlemen’s Club took to the stage and provided a rip-roaring set full of tracks that were the equivalent of a thousands punches to the face. Frontman, James Cooke showcased some fantastic showmanship exploits such as venturing down the stairs to infiltrate the bar and even climbing on a table that subsequently flipped over- although he did style it out well!

Their whole performance was captivating and demanded everyone in attendance’s attention as they flowed through their seamlessly never-ending catalogue of fine-sliced punk. From upstairs to downstairs and from front to back, the venue was brim full, even when the temperature was extortionate but my word, did The BBGC bring their A game.

Influences are clear from this band, I mean if you want to know what I am talking about just check out their studio releases here but it was the whole package of the show that really blew my mind. Every single song was passionate, hard-hitting and when the set was finished it almost felt like I’d been treated to the mother of all benders, just in a 45 minute blast. The night was an emotional fueled occasion driven by love for the music and for the charity it was put on for. Deservedly so, The Broken Bones Gentlemen’s Club received raptures of applause and raised £300 in donations for their chosen charity, a fantastic achievement. The band were visibly touched by the crowds response but this overwhelming feeling is something they will need to get used to because they could be in the midst of causing a serious punk revival.

If you take anything from this review, please let it be that The Broken Bones Gentlemens Club certainly deserve a spot in your ‘bands I need to see’ list because, my word, prepare to be ripped inside out in the most funnest and brutal way possible.