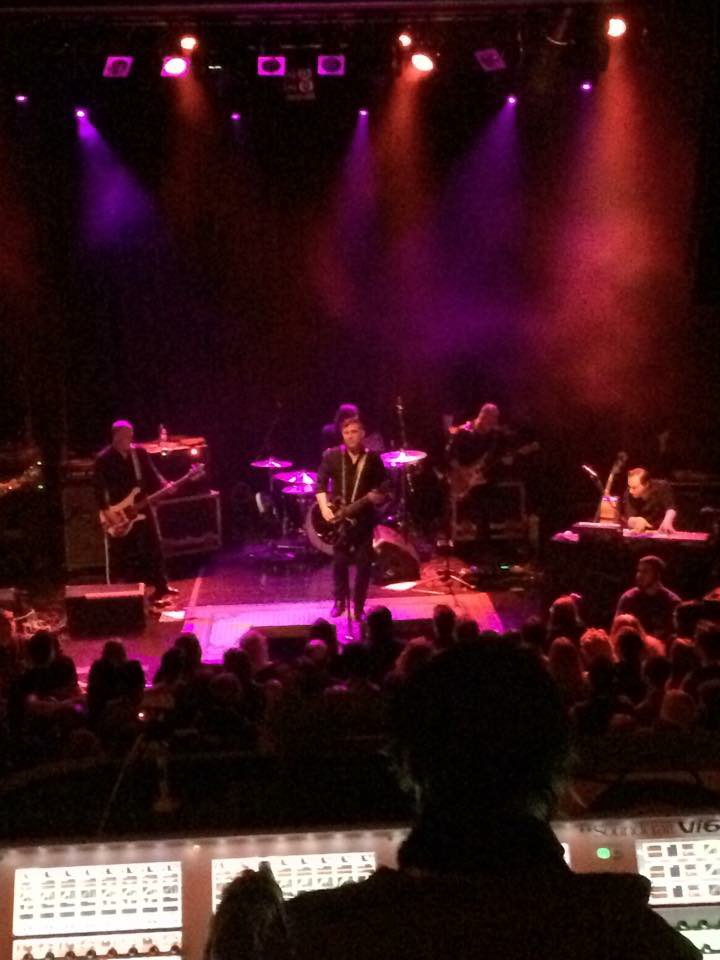 Camden was the scene of the crime today. After traversing and side steppin’ around this Islands ‘alternative ‘paradise” I arrived at the venue from the bitter cold to see the highly anticipated return of The Afghan Whigs on their ’78 European Tour. Having been a listener for quite a few years, I was anxious to see what sort of live experience they would offer, as I heard on the grapevine that they are pretty fuckin’ epic. The Whigs, hailing from Cincinnati, Ohio have been around for over 2 decades, so these guys are not only veterans of the world’s music scene but legends to boot. Lead by notorious lover and fighter Greg Dulli, the group have a strong back catalogue including Sub Pop classic album ‘Gentlemen’ and personal favourite ‘Black Love’. Their music too many is highly influential not only musically but emotionally, drawing influence from soul and rock with stylistic flair and attitude. These guys just have a certain ‘je ne sais quoi’, which hits! you hard and seeps deep into your veins, leaving your soul charged and wanting more.

The venue Koko is a class establishment, very operatic, a great place for this type of shindig and after paying a million bucks for half a pint (London, what can you do!), I found myself plonked behind the sound desk with a central view of the stage. The stage time of 9 O’clock ran over a bit but only added to the audience’s anticipation. There was a moment of silence, a gasp then surprise, surprise the band graciously entered to a thunderous applause , then crash straight into ‘Parked Outside’, the first track off the latest album ‘Do to the Beast’. A great introductory number which sets the dark, brooding tone for the rest of the night. The song gives a good example of Dulli’s, lay it on line lyrics, never afraid to express opinion or emotion, exclaims in the chorus “You’re gonna make me break down and cry”.

Quickto Facto: Just in case you didn’t know, Dulli is the only person (apart from Dave Grohl) credited on the first self-titled Foo Fighters album for his guitar contribution on the track ‘X-Static’.

The groundwork was laid and the band gave a heartfelt, soulful performance with great selections from their previous works but mostly concentrated on their latest album offerings. This is by no means a bad thing. Personal highlights for me were the fact they played ‘Crime Scene, Part One’ which has a hauntingly nostalgic feel to it with the great lyrics ‘Do you think I’m beautiful? Or do you think I’m Evil?’ watching this live gave me chills, ‘It Kills’ a great song that has Dulli take to the keys, woefully, spilling guts for all to hear, ‘Debonair’ was another epic banger from the seminal debut album. Every now and again (sorry I can’t recall which songs!) this huge disco ball at the top of the theatre would be lit, usually in the most serene moments of the set and a sort of ethereal visual extravaganza would occur. It was a magical, surreal experience, fulfilling all my desire to see these guys and exceeded my expectations.

In all the set comprised of 22 songs that included 5 covers from artists such as Jeff Buckley and the Twilight Singers. My favourite cover of the night was at the start of the encore, where the band entered without frontman and began to play a rendition of ‘Everything She Does is Magic’ by The Police. To the crowds astonishment Dulli appeared in the left balcony but not a few metres away from myself! Before we’d realised it was him, he’d scurried off down the stairs and proceeded to perform within the crowd in the pit. It was an awesome sight to behold and shows testament to the fact the band really does love to connect with the audience and give something back. Afterward I couldn’t wait in the freezing cold so unfortunately I didn’t meet the band to get some feedback but all in all I think it was a great event and the band as I mentioned earlier were ‘pretty fuckin’ epic’! So kudos to The Afghan Whigs for still being on fire after all these years and to the venue and crowd for creating such an awesome vibe.