The Acacia Strain’s latest album is Slow Decay. It’s got groove, its got aggression and its got substance… You’re gonna love this… 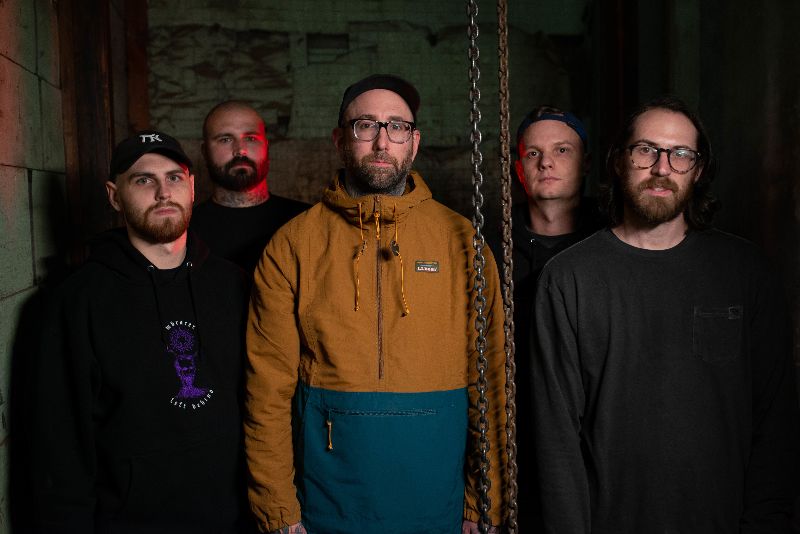 From the opening track, this record grabs you. I mean the way it starts, how can it not?! You get this ambient intro that gradually builds and doesn’t drag on for too long, before you’re hit with a brutal scream and all hell breaks loose. The first riff is, disgusting (in a good way obviously). The dynamics and musical movements in this opening track Feed A Pigeon, Breed A Rat really set the tone for what’s to follow.

Moving through the album you get great blends of death metal with sections of groove, thrash and hardcore. It’s a really good mix from the get go. It has great diversity and seamless transitions where nothing feels out of place. There are plenty of disgusting riffs dotted throughout as well. All of these great qualities are established very early on making the first 3rd or so of the album fantastic, but for a while after, I didn’t feel it really went anywhere. A couple of the songs in the middle kind of blurred together like they could be the same song. Now I get that may have been the intention as, to my understanding, this is somewhat of a concept album, but it isn’t a “oh I see what they did there linking that together because of x and y” sort of thing… it’s more of a “they ran out of ideas/crammed too much into the beginning” feel.

The guest appearances however, certainly in the case of Jess Nyx in The Lucid Dream add an extra element of diversity that I think works really well, as well as the atmospheric background noises. But again, these elements are established early on and don’t seem to evolve much until much later on.

Towards the end of the album we get to glimpse at more melodic parts musically, as well as slight evolutions and extensions of the more atmospheric background parts which helps rekindle a higher level of interest. It’s not that it’s boring in the middle, but it establishes so much in the early stages you kind of get everything it has to offer in the first third of the album for the most part.

The last track, EARTH WILL BECOME DEATH however, is an interesting blend of aggression, melody and ambience worth the wait. Personally my favourite track on the album and a great way to close off the story.

Overall, this album is really good. It isn’t just another death metal album. It’s got a lot of elements that help it appeal to a wider audience and cross boundaries creating something different, which sets them apart from a lot of other heavy releases at the moment that seem to stick to one area of heavy/extreme. I just think they could have elaborated on that a bit more to maintain the same level of interest, or even further increase it in the later part of the album leading up to the last song. Maybe it’s an album that the more you listen to the more it grows and the more you notice.

For Fans Of – Fit For An Autopsy, Kublai Khan TX, Knocked Loose, Etc.

Find The Acacia Strain on their website and via social media on the below links: