Taller Than Stories – The Hunt

Taller Than Stories are back with a new EP The Hunt. It was recorded a while back but has finally been released to the world. 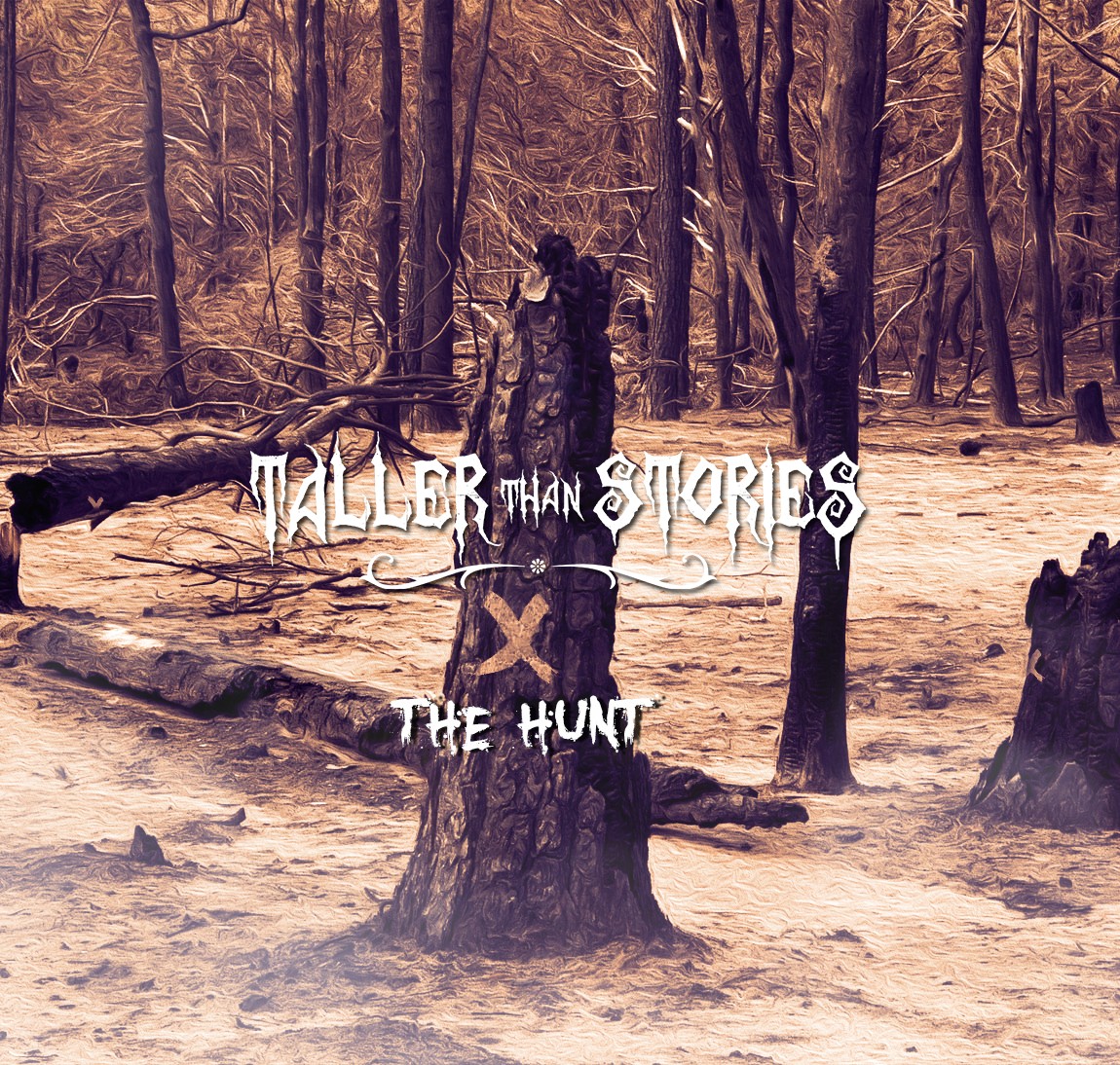 I first came across Taller Than Stories around five or six years ago when they supported More Than Most at The Horn in St Albans. I’d been entranced ever since, particularly with their Little Johnny track – which will haunt your dreams.

Opening track Into The Woods begins with a catchy old-school rock and roll riff before kicking in with Rob’s haunting vocals. The dual vocal assault in the chorus adds another notch to the belt and both compliment each other. It’s a catchy track and a good choice to kick off the EP.
Things take a turn into Little Johnny territory with the opening for Scarlet and I’m instantly in love with this track and it gives me chills. You’re going to read the word haunting a lot in this review but just a quick listen will see why. Not many artists can do this like they can. Scarlet quickly turns into a riff-filled rock track, think of Palaye Royale but actually good. A close listen to the lyrics is what makes this a haunting single, talking about two decades of hunting for revenge. The Little Johnny-esque territory is revisited near the end of the single to add a chilling note.
Haunting (track number 3) kicks off with a We Are Harlot style intro but quickly veers into a Rob Zombie/We Are Harlot hybrid. Something that is not to be complained about.
Apparitions closes off the EP in true Taller Than Stories style. Listening to it gives me the same shivers that I got when I heard them for the first time all those years ago and takes a lot of Rob Zombie inspiration once it kicks in, which adds to my enjoyment.
One thing that is consistent with Taller Than Stories is their ability to create a record that haunts you long after you’ve listened to it – but like the memory of a beloved dead relative, you don’t want it to go away. Their unique sound is a breath of fresh air.