Taller Than Stories – Memoirs of the Forgotten

“The EP is a stand-out release from the dark rock trio. Known for telling stories through their songs, this release shows a perfect example of just that. Using a unique vocal range to increase intensity in the story”. 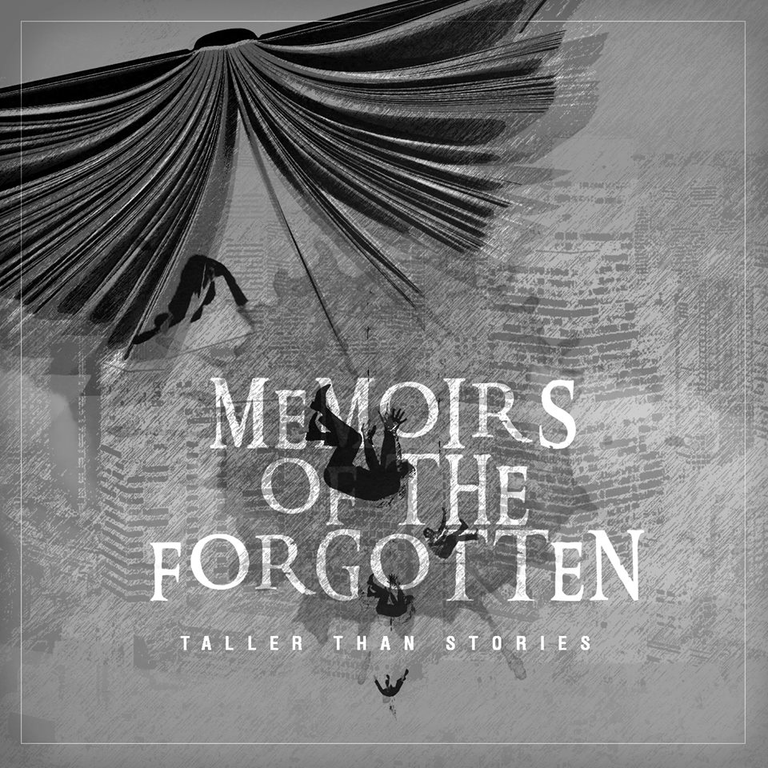 Taller Than Stories are set to release EP Memoirs of the Forgotten on April 1 2016. The four track EP from the London dark rockers aims to bring some childhood stories to life. The band have followed in the success of the likes of duo’s Royal Blood and Twenty One Pilots using a split signal effect to sound like a trio but with the twist of using the split signal to make the trio sound like a quartet and it has worked well.

Opening track The Piper takes its inspiration from The Pied Piper story. The intricate riffs underneath the indie style vocals. The increase in pace adds to the dramatics of the vocals and the abrupt ending leaves you wanting more. A great opening track. Choke is very dark and quite reminiscent of the bands’ previous efforts on their Delusions of Grandeur release. Up next is a softer opening for Dreaming, with an acoustic feel and some smooth vocals, the lyrics are very dark and the overall track creates a haunting atmosphere. Closing track Little Johnny is a track known to fans of the band or anyone who has seen them live. It has been a staple of the bands’ live set and is based on the creepy story of a little boy who ate his great-grandfather. Most people will be familiar with the story from the lyrics ‘Johnny I’m coming up the stairs’. The track, while it featured on a previous release of the trio’s, has been reworked to make it a lot darker and creepier, providing the perfect ending to the EP.

The EP is a stand-out release from the dark rock trio. Known for telling stories through their songs, this release shows a perfect example of just that. Using a unique vocal range to increase intensity in the story alongside some talented guitar work. The abrupt ending of some of the tracks leaves you wanting more and creates more intensity. Overall this is a high-intensity and dramatic release, it’s different from the majority of EP’s that are coming around lately and in a very good way. While unfortunately the dark side does not have cookies, it has Taller Than Stories which is more of a treat.