Gareth Rooke attended the Pop Punk gig of a life time…ROAM, Knuckle Puck and State Champs! See what he thought of the three bands here… 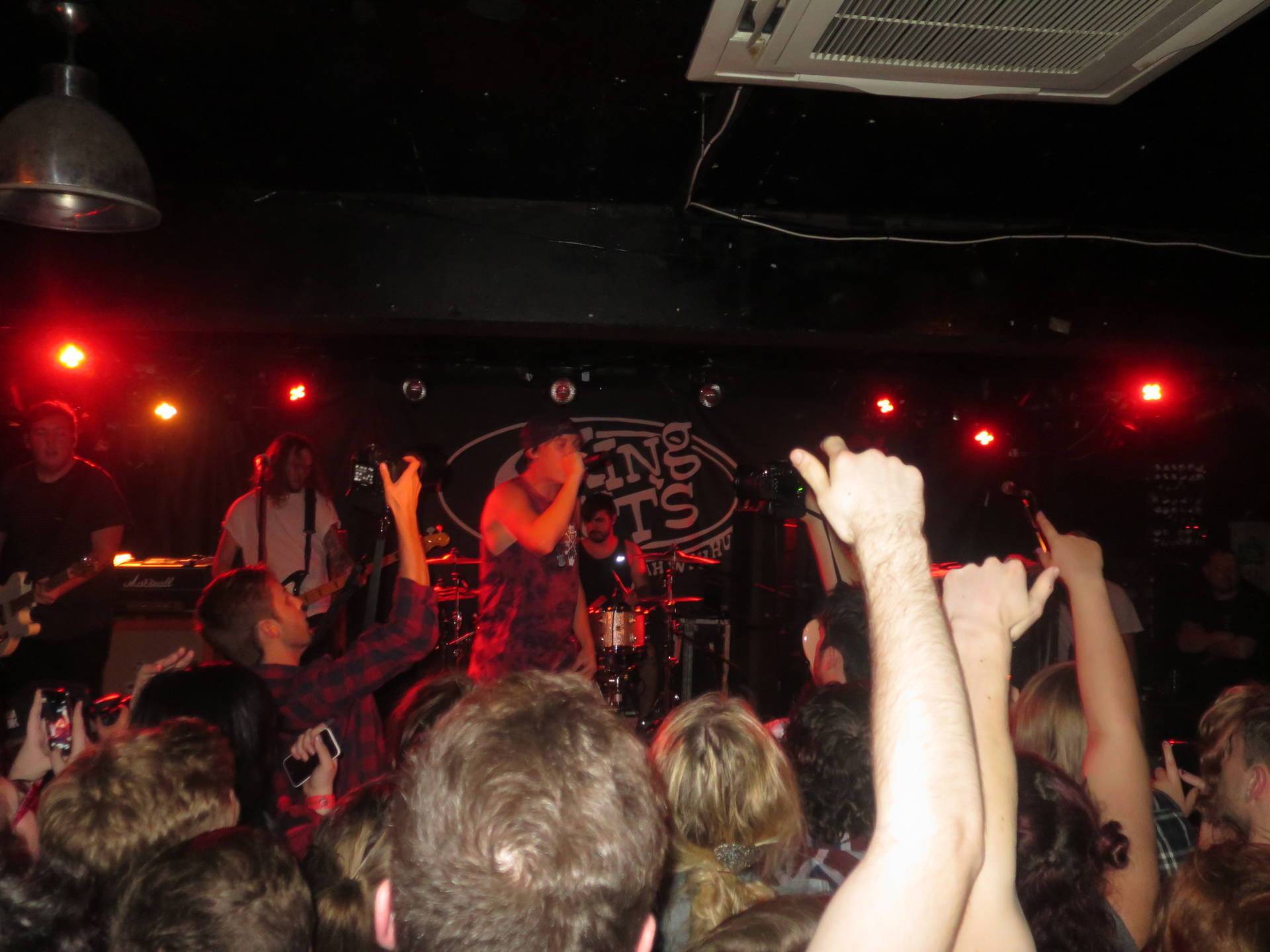 Heading to my favourite venue in Glasgow; King Tuts, I was excited to get my dose of pure pop punk. With the venue being sold out I should have know better and turned up early. Because of this I didn’t get into the venue until twenty minutes after doors, which meant I missed the start of Roam’s set.

ROAM are exactly what I came to see. Pure pop punk energy. With so many bands these days claiming to be pop punk it was good to see these guys on stage flying the flag. The crowd was packed in when I got to the stage and ROAM were in the full swing of their set. They are not like a lot of pop punk band I see normally, as they are not trying to copy the American pop punk scene. This is most prevalent in the southern (almost London) accent when they sing which are combined with some great riffs and almost rhythmic teen angst lyrics. As this was a pop punk gig there was more pushing and finger point than a mosh pit but, when they called for a pit it did form. And god damn these guys! I was so caught up in their sound that I jumped in…I’m too old for this shit! A fantastic performance.

Taking to stage next were Knuckle Puck. Again they brought pure punk pop energy but, with a quicker beat. I may not have know any of the words to their songs or even many of their songs at all but, the energy they brought run though the crowd like wild fire, and I was in the pit for most of their set. The band seemed genuinely shocked at the reaction the crowd gave them, especially with the swaying of arms. If you have never heard of these guys and you love pop punk go and listen to ‘Copacetic’ now!

Headlining tonight were State Champs and as soon as they took to the stage the crowd pushing forward crushed those at the barrier. At the sound of the first chord the crowd descended into a chaotic pop punk frenzy. The crowd during their set either were moshing (if you have never experienced a mosh pit, a pop punk pit is the best for your first time), jumping or pushing which led to many people getting crushed. Having seen State Champs last year I knew what to expect but they gave so much more than what I remember. This could be that this time they were headlining but they have a spirited stage performance and have a very accessible sound with the ability to bring the crowd up with their rhythm and down with their angsty lyrics… a truly great live band. When they left the stage the crowd called them back, with sounds of “Here we, here we, here we fucking go!” They returned to the stage, and when they started the encore the crowd once again descended into a chaotic frenzy and State Champs showed why they are a true treasure to the Pop Punk scene.