See what we thought of State Champs’ new album Kings of the New Age! 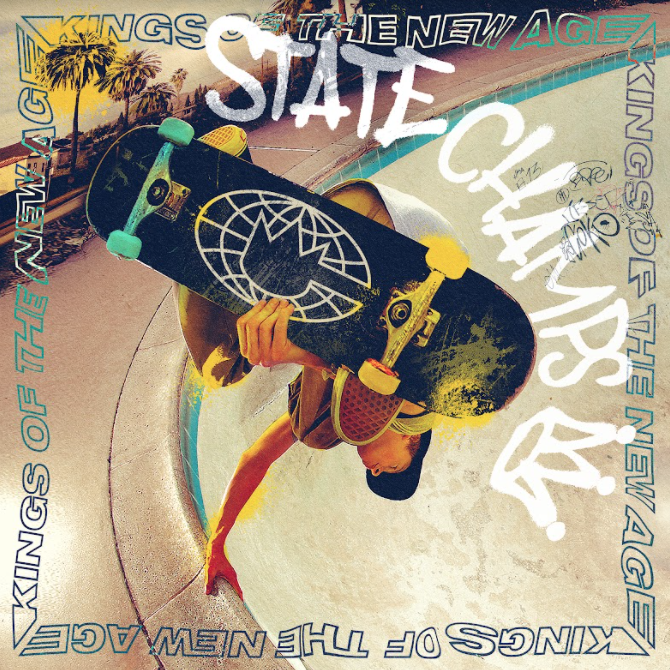 Here To Stay kicks right off in the familiar State Champs sound. It’s extremely catchy from the riffs and beats to the vocals.
Everybody But You is a fuck you to anyone who’s pissed you off and realising you’re better off and features Neck Deep’s Ben Barlow. It’s angsty and catchy.
Lyrically Outta My Head is quite simple and is one that will be good live, but the instrumentation adds an extra element to the track.
The next guest is Chrissy Costanza of Against The Current on Half Empty and it’s very much the signature State Champs track with guest female vocals. It’s more mellow compared to the rest of the record. But it does have a bit more of an edge compared to Around the World and Back. Chrissy’s vocals add a nice touch and fit in well.
Act Like That features the third guest artist with country singer Mitchell Tenpenny. This track is one of my favourites and the way Mitchell’s vocals merge with Derek’s works so well.
Where Were You is one of the best songs on the record. It’s catchy, talks about the breakdown of relationships and building yourself up.
Kings of the New Age is really catchy and very much what you would expect from State Champs. In my opinion it’s not as good as Living Proof but it comes very close.
I’m a firm believer of ‘if it ain’t broke, don’t fix it’ and it’s something that’s stuck with State Champs. They have a formula that’s worked for years so it’s no surprise they’re sticking to it.