Slope released ‘Helix’ at the end of 2014, AltCorner writer George Hughes went back and gave us his thoughts on the release… 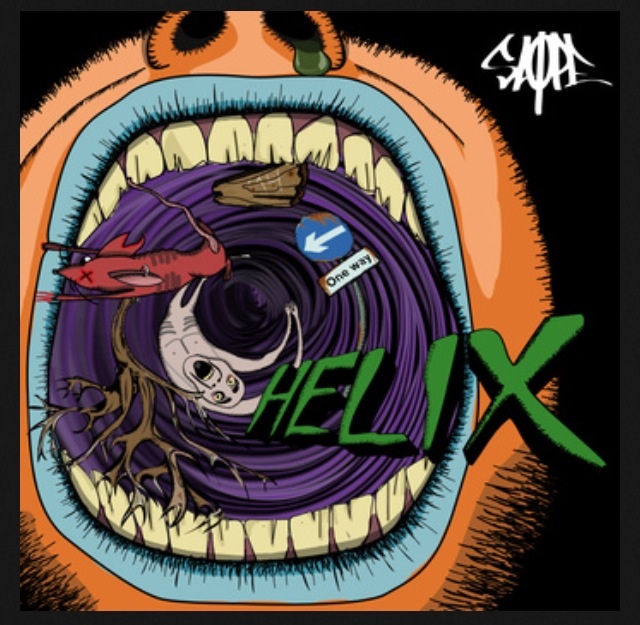 Slope’s debut release ‘Helix’ is a direct, five-track instruction: move, groove, or get the fuck out of the way. The incendiary, lurching hardcore sound of this band has real bite but it truly comes to life when they inject some groove that is undeniable made to move you.

The hardcore sound put forth by this band is at times familiar, a no-frills, riff-filled endeavor but the unexpected fills and time-signature changes keep the listener on their toes. These switch-ups in the material bring around some gnarly groove-metal riffs that fit sumptuously with the dual vocal attack that brings depth rather than distraction. The intro and title track boast of Slope’s leaden hardcore swagger before taking off into solid but familial territory. Here they’re lyrically dealing with isolation and internal struggle with a savage grit that doesn’t so much give off a lonely teenage angst vibe but rather a soundtrack to some furious pit action. Second track ‘Thorns’ improves on this angry, heavy, solid pattern, the riotous injection of the main riff providing perhaps the highlight of the release, before giving way to the short sharp shock of ‘Washout’. ‘Mermaid’ begins with tried and tested downbeat edge, laid back riffs piled onto ferocious punk. The call to!
arms of the dual vocalists towards the end gives genuine surprise and sees the already confident band at the height of their powers. Final, most vital track ‘Bark ‘n’ Bite’ unleashes some laid back jamming underneath the furious vocal composition that finishes the release with a tumultuous yet somehow chill end.

Slope aren’t reinventing the wheel here, what they’re doing is attempting to bring punk/hardcore a step forward. Devoid of thoughtless, chugging riffs and embarrassing lyrical cliches, Slope are ahead of their peers and are likely to be the best band on almost any bill they play on. Their infectious, groove-orientated metallic hardcore sound may seem like familiar territory but this band have the talent and attitude to back it up and will, quite literally, move you.