Sleepmakeswaves, Tides From Nebula and Skyharbor @ The Exchange, Bristol

Skyharbor, Sleepmakeswaves and Tides From Nebula Played The Exchange in Bristol and Brad checked out the show! 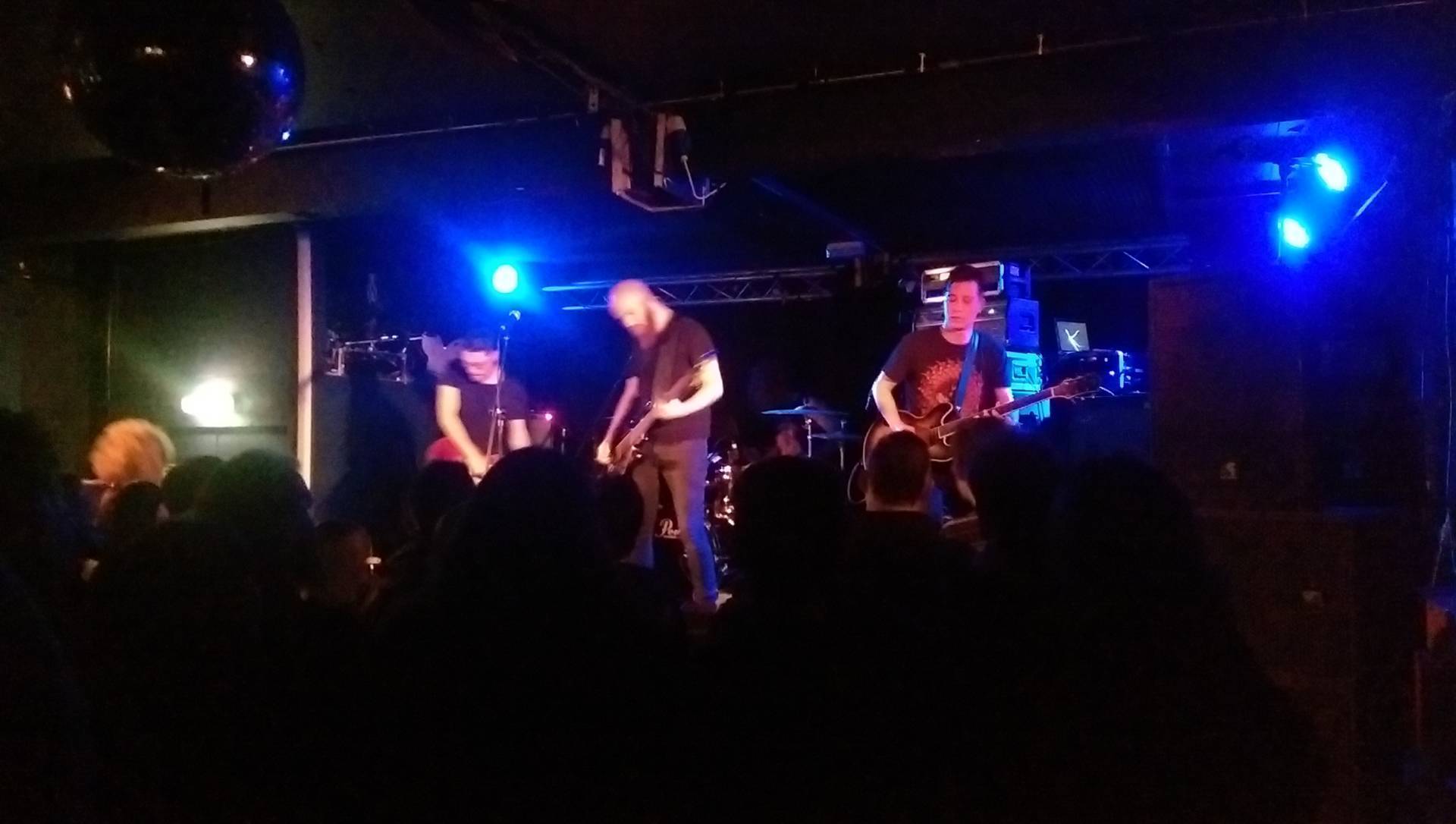 It was a cold Thursday night in Bristol and I was scheduled in to go and see Sleepmakeswaves, Tides From Nebula and Skyharbor at the Exchange. Being a newcomer to the instrumental genre bar a few artists, I was quite apprehensive about seeing Sleepmakeswaves and Tides From Nebula. However, I was extremely overwhelmed by their performance(s) and thoroughly enjoyed my evening for the most part with the completely instrumental bands really striking a chord for me with their inspirited sets.

The first band of the night was Tides From Nebula who hail from Warsaw, Poland. Their melodic journey that they aim to take you upon was well delivered and concise. Their set was one big spectacle of passionate life-soundtrack-esque songs that struck every emotion in the audience’s bodies as they flowed through their undeniably brilliant discography. Being the first instrumental band I have had the pleasure of seeing live, their music touched me in a certain way that I have not ever experienced. It felt like I was free from worry and where I was and as cliché as it may sound, the music very much just took me away.

Next came Australian four-piece Sleepmakeswaves who enchanted the budding audience with a emphatic wall of sound made up of intricate riffs, hard drumming and brain melting composition. Their set was slightly hindered due to the stage being too small for them to use their keyboard but the songs they did manage to play showcased their brilliance and talent which was clear for all to see. Drummer Tim Adderley provided a masterclass and really stole the show for his style and method of drumming which when fused with the other instruments made for a real ferocious impact. The band ended their set with the track ‘Something Like Avalanches’ and it served as a real stand-out performance of the night and a fitting end to a very thought provoking set.

Closing the night were Skyharbor who delivered their ambient rock in style with a solid set of tracks which I was not fully accustomed too before the gig. Their set was filled with some of their most popular tracks which pleased their devoted fans in attendance. However, despite being a fantastic band for me, they failed to really reach the level that predecessors Sleepmakeswaves and Tides From Nebula had set. The first two bands alienated the audience into delirium with their experimental-cum instrumental sound and to have a functional band including a singer on the back of these two bands felt a little misplaced. Their set was strong and fans of the band extremely enjoyed the songs they played, singing-a-long to nigh on every song but despite their best efforts I feel that they failed to really connect with some of the audience, including myself who had been mesmerized by the instrumental journey that they had been taken on before Skyharbor took to the stage.

Brad’s Track Of The Night: Sleepmakeswaves – Something Like Avalanches