So, as you have probably seen in our extensive review coverage of Slam Dunk 2016 (if not, you can go and read it here) then you’ll know that there was a lot more that we left out of that article. The reason being, we didn’t want it to go on forever and you lose interest. Also as there were several of us at different dates, we thought it would be a good idea to compare some of the artists performances, as we all have varying musical tastes, you can check out some of the acts below that multiple members of our team saw and what they thought! 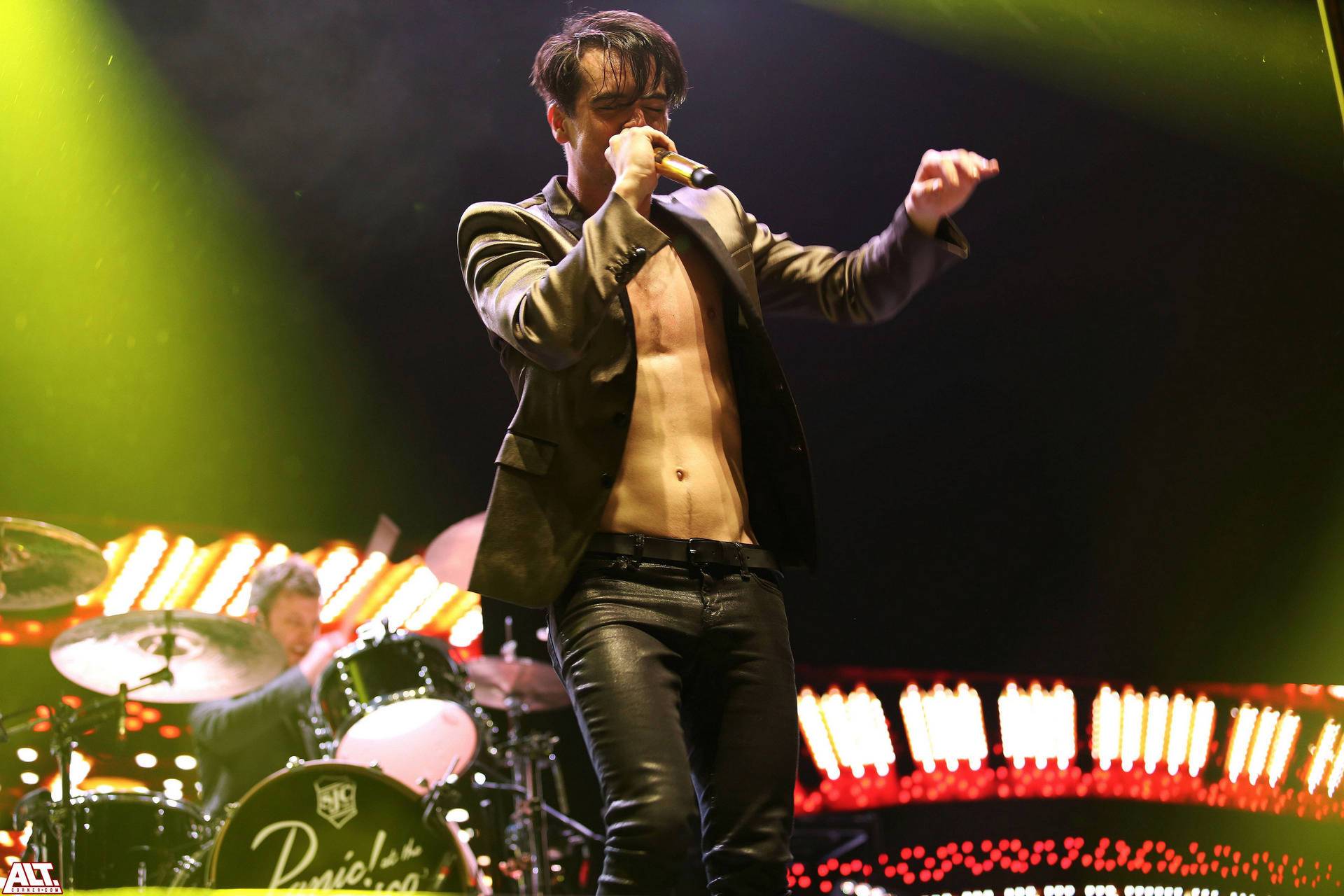 So, as you have probably seen in our extensive review coverage of Slam Dunk 2016 (if not, you can go and read it here) then you’ll know that there was a lot more that we left out of that article. The reason being, we didn’t want it to go on forever and you lose interest. Also as there were several of us at different dates, we thought it would be a good idea to compare some of the artists performances, as we all have varying musical tastes, you can check out some of the acts below that multiple members of our team saw and what they thought;

Waterparks come on stage and in basic words fuck up. Singer Awsten Knight introduces the wrong song, and then almost every guitar technical fault bar fire happens. But as they head into Crave it all seems to come together and the crowd are going for it. Playing some slick, sick pop punk they hook us all in. A great combo of fast pop punk guitar with rockier drumming gives them a hybrid energy. Mix in their more electronic backing track, there is something for every eclectic music fan. Awsten’s vocals are not the best I have heard live, he has this way of singing that makes him seem like you are old friends catching up. The guitarist, Geoff, in contrast has this voice of a great friend who you care about but at time to want to shout “shut up Patrice” so you can listen to Awsten (sorry dude!). 8/10 for pure energy. – Gareth Rooke (Slam Dunk North)

Waterparks bring the fun to a crowd who, outside on the Kerrang! Fresh Blood stage, really could have done with a literal version of their name. For a band who are only on their first UK shows and who only released their Cluster EP on Friday 27th May (1 day before the first Slam Dunk FYI), there was a good section of the crowd singing every word! Opening with Mad All The Time and heading into fan favourite Crave, theres interaction from the crowd and Awsten poking fun of himself and being overall entertaining. The vocals from both Awsten and Geoff are tight and note perfect. Silver sees Awsten try and play blindfolded before giving up. With their light-hearted, electronica-tinged melodies, beautiful vocals, great stage presence and relatable yet fun lyrics, it’s no wonder why they are one of the best performances of the day. – Elizabeth Birt (Slam Dunk Midlands)

Blood Youth come on stage late due to more technical issues but when they did get going they brought some great fuck you hardcore. This is not normally my jam but their melodic based sound is something I can appreciate. However at this point some ‘fools’ in the mosh pit tried ‘crowd killing’ but, that shit is not on and hats off to those that shut that shit down. They have heavy drums which is always good. The guitar play switch between speed and heavy giving a more pop punk feel. However for all this the vocals of Kaya were off today. The words seem slurred, he didn’t really enunciate his words and some times the last words of a lyric seemed to trail off without him actually finishing the words. Go and listen to Mood Swing as it’s a great song. 4/10 Really disappointed with these guys today. They are much better than this. – Gareth Rooke (Slam Dunk North)

Blood Youth take up residence on the Kerrang! Fresh Blood stage. An energetic performance with tight vocals and crunching guitars as they play through tracks including Mood Swing. They get the crowd involved including opening the pits. – Elizabeth Birt (Slam Dunk Midlands)

As it Is come out and straight away bring that high octave pop punk energy. Their drums can switch between the soft poppy sound and heavier almost rocky sound when required. The Guitar play is sweet pop punk but, with pop rock hooks. Can’t Save Myself shows the bands true grit and will have you on your feet. Patty’s vocals bring this energy and I don’t think he is capable of standing still when singing. Add to this Ben’s backing vocals which have an almost scream to it. And for some added bonus Alex from Roam joins them on stage to lend his vocals. With songs like Sorry it still kicks my ass every time I hear it live but, Dial Tones is still my favourite. 9/10.  – Gareth Rooke (Slam Dunk North)

It’s safe to say As It Is were put on the wrong stage, for the crowd numbers and band performance was worthy of a main stage slot. There was a lot of crowd involvement as frontman Patty Walters and co bounded around the stage, if you asked me to count the amount of jumps I wouldn’t be able to tell you. A very upbeat performance including tracks such as Can’t Save Myself, Cheap Shots and Setbacks, Bitter Broken Me and Dial Tones are belted out from both Patty and the crowd alike. – Elizabeth Birt (Slam Dunk Midlands)

Headlining the main stage were Panic! At The Disco, they come onto sage to the intro of Loaded by Primal Scream and this is a great way to set the stage for the rest of the night. The drumming is great, the guitar playing is great but, this is not the Panic! At The Disco I was expecting, this was more Brendon Urie and a backing band. He can sing, he can hit those notes and can hold them longer than most. He put on a good show with additional piano as a great addition. Playing my favourite Mona Lisa and a cover of Bohemian Rhapsody which had me, the crowd (and the guys in Dead!) singing along and even doing the voices. But as good as this was, this was one thing that sticks in my head, this was not the Panic! at the Disco I came to see. This Was Brendon Urie and his band. If you don’t go in with an open mind you will be disappointed. 9/10. – Gareth Rooke (Slam Dunk North)

Festival headliners Panic! At The Disco completely filled the main stage to the brim. There is a big karaoke feel as Brendon belts out tune after tune including Victorious, Nine in the Afternoon, I Write Sins Not Tragedies. The diverse set-list ensured that there is something for every Panic! Era fan in the crowd and a note perfect cover of Queen’s Bohemian Rhapsody turns into a mass sing-a-long. Brendon’s vocal range is phenomenal and his stage presence is second to none. – Elizabeth Birt (Slam Dunk Midlands)