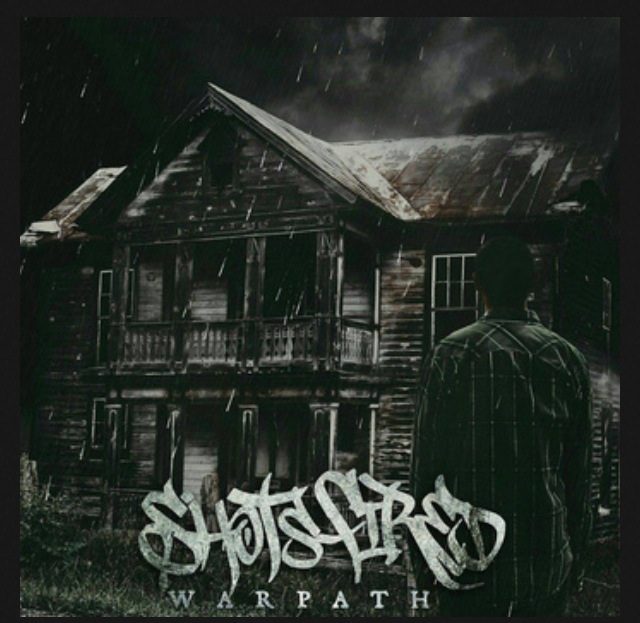 Leeds-based band ShotsFired aim to hit hard and do so, albeit with mixed results. Their own brand of forceful, mid-tempo chugging deathcore treads a well worn path and doesn’t, over five songs from this still quite new four-piece, offer much progression at all.

Opening track ‘Vermin’ doesn’t offer much other than serving as an (uninspiring) introduction to ShotsFired and ‘their’ sound. On show is their penchant for lengthy beatdowns and low, guttural vocals. Frontman Ryan Kennedy boasts an adequate vocal range, something that is heard throughout this EP, but unfortunately the majority of his singing sticks to low deathcore growling throughout the release’s duration. Though their sound may be solid and heavy the material here is predictable and all too ordinary; look no further than the accompanying video to this song to see the style over substance attitude SF holds court with. ‘Lion’s Den’ kicks the pace up a bit, however once again they aim straight for the beatdown; deathcore by numbers playing under lyrical cliches (‘…people like you are a dime a dozen’. Hmm). Instrumental ‘Sufferance’ splits the release neatly into two halves, the final two songs veering into less repetitive and predictable territory.

‘Enemies With Everyone’! has some tasty, unexpected leads played underneath the blunt intro. Some bold moments but for the most part still just more leaden riffs laid on over lacklustre breakdowns. It’s a shame as when SF hit hard they seem to really fucking mean it. Last track ‘Warpath’ shows them at their most technically adept, the uninspired lyrics doing little to dampen the dark and heavy tone of the track. The twists and turns the rhythm section takes show potential for the band being something other than just another ‘br00tal deathcore’ also-ran, the drone-like interlude before the crushing end of the track being a real surprise in dynamics for this band.

In terms of downtuned hardcore posturing, pushing harsh beatdowns to the fore and low/high pitch vocal dynamics, ShotsFired are almost nailing it. But that doesn’t count for much when bands laying down this brand of deathcore are *ahem* a dime a dozen. This band has enough ideas on display to create something different, but somewhere is lengthy breakdowns and agonizing, slow two-step riffs this becomes lost. Heavy for sure but liable to sink without a trace rather than making genuine impact.