I enjoy the techno aspects and feel that they are blended well with the musical style and singing. It is full of fantastic tracks that really characterize the singer’s emotions, which is what really matters to me. 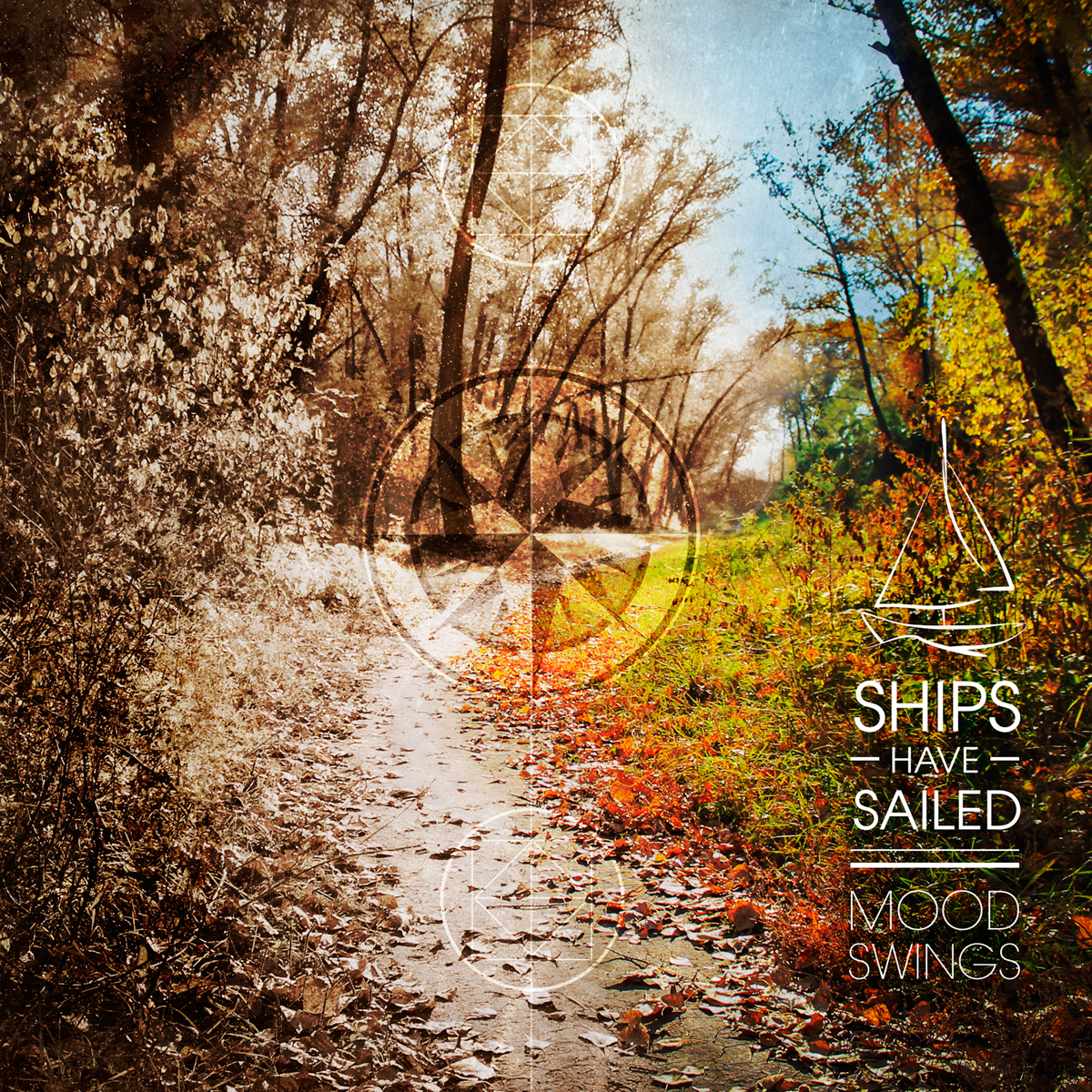 Ships have sailed, a combination of Will carpenter (Guitar and vocals) and Dan Hange (bass). Two los Angeles guys bringing you there electro pop rock tunes all the way from the sunshine state. With their recent song “Midnight” featuring in “BRAND: a second coming” (a feature film) and all the recent radio airplay they’ve achieved in the USA it was about time for them to release a full length. Written whilst touring the east coast, and released recently was “Mood swings”

The name Ships have sailed seems appropriate and ironic at the same time when listening to “mood swings” for the first time, which I however guess may also be the point. It manages to present two strong emotions, one of positivity and expectation, whilst also expressing the sadness of moving on in very interesting ways. This is done both musically and lyrically, however on the whole I would say this is the kind of album suitable for a time of reflection in any person. The relatable subject matter may make you stop and think for just a while. To me it seems that if this occurs its goal has already been achieved.

I went into this review with an open mind as it’s not to my usual tastes, I however removed my expectations and tried to look at it from an objective standpoint and review at is a whole and not individually song by song. The most notable thing for me is that whole album has this feel good techno aspect to it that resonates throughout. From the first track “drive” this techno sound gives the feeling of open space and creates a surreal escape from everyday life. The songs catchy chorus is driven by will carpenter’s slightly raw yet impressive vocals which contrast with the slow building verse/pre-chorus. This really creates an emotive track that I feel stands out above the majority of the album.

However this escapism is almost lost early on. Due to the unwarranted addition of catchy radio friendly tracks. As individual pop tracks they are by no means bad, but in my opinion fail to suit the feel of the album. While summertime calls out as a radio-gracing pop hit that could catch on, it removes the sincerity of the singer and feels a bit forced. It is as if they had to add something to attract the everyday listener, which in a way makes the real audience shy away from it. Another song that I believe the album could be without is “boomerang”. It does its job of emulating the current trend of indie pop and has the traditional indie sound to it, a sound that is overplayed by so many current bands it really just bores the listener.

“Criminal” is a track that effectively breaks the album into two parts by purposefully differing from what’s come before, and a welcome break it is. The lyrics acquire an almost mystical feel and the drums have a powerful military sound to them. The song is very intimate and the lyrics and drums make you feel personally involved, like it is sung not just to you but about you. This is only further emphasized by the abstract electronic sounds echoing in the background nearly hidden behind the vocals but just noticeable enough to have an effect.

“The tide” and “you should know” are two very well crafted pop rock songs that rain positivity on the listener with their uplifting sincere lyrics and instrumentation that imposes itself on you in a good way. “Insomnia” another highlight in my opinion begins the dramatic build up to the end of the album with its enchanting feel, further resonated again by the song “echoes” aptly driving the album to an emotional end. In my opinion the album ends here, but no there’s more, in some way a bonus track tacked onto the end even after the twenty second silence at the end of “echoes”.

It’s an acoustic track. Really a welcome addition to the album though. The acoustic guitar seems out of place, but the ambiguity of it is what makes it special as an ending. With a wistful melody and melancholy singing style the album ends the only way it should, by leaving you smiling.

As a fan of punk rock this was an interesting experience for me, to review something I had never really listened to before. However it meant I could look at it without predetermined expectations of what I believe it should be. This album has its flaws, with some out of place tracks and a few clichés here and there. My opinion however is that this is a quality album as a whole, I enjoy the techno aspects and feel that they are blended well with the musical style and singing. It is full of fantastic tracks that really characterize the singer’s emotions, which is what really matters to me. The styles are quite broad, so there are many comparisons I can make. However I would say it would be for fans of say; GO AUDIO, All American rejects, Coldplay and maybe even all time low.

What to write about myself? Well I'm 18 and come from a small town where the music scene is almost non-existent. However I discovered alternative music with green day at age 9 and never went back. I listen to a wide range of music from slipknot to reel big fish and just generally love music. I play guitar for a covers band and regularly go to live shows. Music is everything to me if I'm going to be cliché.