Servers – Everything Is Ok

Yorkshire rock cult Servers deliver. The mysterious group have used forthcoming album Everything is Okay as a call to arms, promising a haunting, captivating listen. 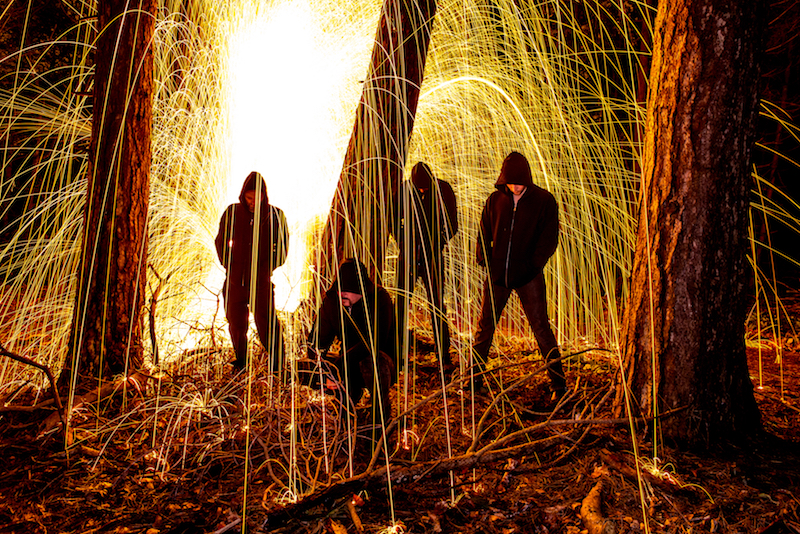 “Wild, dark times are rumbling towards us as a human race. We don’t have the answers, we are as afraid as you are. Everything is not OK! The world has gone to shit. Terrorism, politics, consumer greed, war and poverty are everywhere but we‘re force-fed by the media and organised religion that everything is OK and we’ll somehow get out of this. We won’t, not this time and your only chance to survive this is to collaborate, join together as one, forge a position of trust in a world where there is none and leave with us.” This is the message Yorkshire rock cult Servers deliver. The mysterious group have used forthcoming album Everything is Okay as a call to arms, promising a haunting, captivating listen.

Opening track Spells begins with a spoken word intro before heading into a heavy instrumental. The track builds up intensity before the vocals begin. The feeling of the track is dark. As it fades out, there is another spoken word outro. My Friends Are Enemies has a prominent drum beat and an interesting melody. The spoken word sections throughout To Hell With You sounds like a cult leader addressing their following, somewhat apt for this rock cult. The vocals are akin to Oli Sykes in parts (but dare I say it, a lot better!).

Unconditional is an anthem, nothing else needs to be said! Codes opens with a ‘huh huh huh’ chant being overlayed with a news broadcast style. Lyrically very dark, touching on themes of mental instability. Bodies in the Ground is a haunting anthem. Closing track Into the Grave has an electronic tint to the introduction with a sad tint to it in the fact it is the last track. It is however, a very strong anthem.