Rolo Tomassi have been a band for ten years now, first coming to fruition with the release of Hysterics; a modern day near-perfect debut album that showcased their frantic and schizophrenic style in the highest possible standard. Amassing and wowing countless listeners in many ways, Rolo Tomassi were the first to gain recognition from the now renowned Sheffield scene. 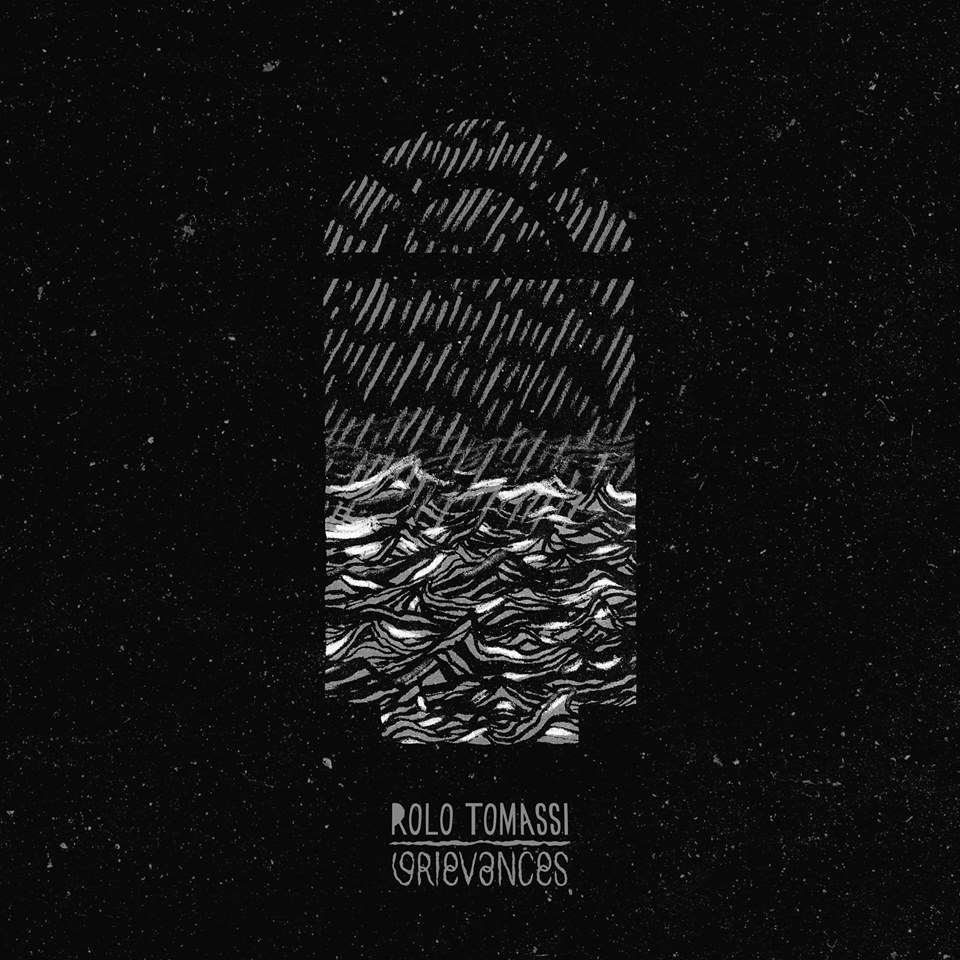 Rolo Tomassi have been a band for ten years now, first coming to fruition with the release of Hysterics; a modern day near-perfect debut album that showcased their frantic and schizophrenic style in the highest possible standard. Amassing and wowing countless listeners in many ways, Rolo Tomassi were the first to gain recognition from the now renowned Sheffield scene.

I have spent a lot of time away from Rolo Tomassi’s music not because I have any dislike towards their music, it’s just I am not the same person I once was where some insane growls and heavy breakdowns into delirium is what I choose to listen to. Thankfully though, like an old friend, Rolo Tomassi hasn’t changed much but like me, they have matured.

‘Grievances’ still maintains that rip-roaring edge powered by technical carnage-like musicianship through the medium of dazzling hooks, drops and frantic drumming and I am pleased to say Eva’s vocals are the very best I have heard them, seamlessly drifting from harsh hitting growls, to soft and melodic clean vocals. The production is so much better on this album than previous releases as this band have quite clearly taken notes throughout their career of what worked and what didn’t as well as how they need to approach things, and I can only take my hat off to them because there really is a lot of fuel left in the Rolo Tomassi tank.

The fifth album in their career for any band is one that can come around in a variety of circumstances; the band could have yielded out a strong career for themselves and be consistent or it can be released when the buzz around the band is very much gone, and of course a band could never get to a fifth album. However, Rolo Tomassi have done the first thing and got here by hard-work, consistency and refusing to conform to any sort of mainstream ‘style’.

The album is littered with reminders why you first fell in love with Rolo Tomassi way back when but it has so many fresh ideas that for the first time in a long time I am thoroughly enjoying a ‘mathcore’(for a lack of better term) album. When listening to Grievances it’s like meeting an old friend for a drink and seeing how well they’ve done for themselves and of course grown up but there is still a connection you once shared, it’s exciting yet comfortingly familiar. Standout tracks on the album are pretty much the vast majority but if I was pushed to choose a few I’d begin with ‘Funereal’ as it is the perfect demonstration of just awesome Rolo Tomassi can be. Ridiculous changes in style that stem from the most conflicted and dawning introduction are ever present, with a shouted pre-chorus to a Dance Gavin Dance-like transitional chorus of soft and beautifully delivered and appreciated clean vocals. Along with ‘Funereal’ it is worth noting that ‘All That Has Gone Before’ is the track that follows after and when combined…your ears are truly in for a treat as the track closes the album perfectly.

Other standout tracks are ‘Raumdeuter’, ‘Stage Knives’ and of course the beautifully crafted interludes that help this album become a real spectacle from start to finish. This album is created to be listened to all the way through as it tells tales of heartache, anger, despair and then uplifting more solemn themes which can only be appreciated in a full listen through. This is a testament to their bold ambition when creating this album and thankfully it has paid off for the Sheffield five-piece.