Rews’ sophomore album “Today We’re Warriors” arrived on 7 August, and is a stalwart offering from the Irish band lead by songwriter Shauna Tohill. 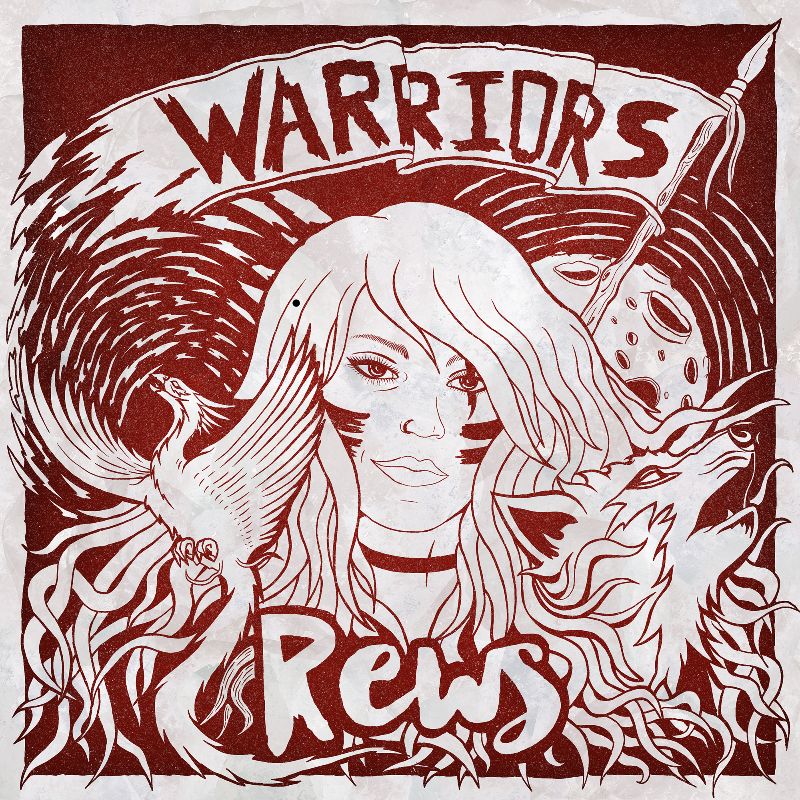 Promising an album for our times symbolising passion, pain, spiritual resilience and ‘rising from the ashes’ together, it’s like this record was made specifically for the weird times we’re all living in.

With vocals to rival some of the strongest pop rock voices around and lyrics that beg to be screamed from the sunroof of your bestie’s car as you set off on a roadtrip, this fun and energetic offering is one to tune in to.

Starting off with Birdsong we’re instantly in a throwback to Hole’s later albums and a typical pop rock place so many of us crave to return to from our now adult lives. This track sets the tone for crisp, clear vocals that continue throughout the album.

The driving drumbeat of the next track, Razorblade, combined with a catchy riff and bridge continues in the same style and by the next track, Heart Is On Fire, the energetic and easy to listen to, sophisticated in its simplicity, pop rock is on its merry way.

They do mix it up in a few places – Monsters and Move On give us an angrier, heavier rock sound that really suits the group and their drummer in particular – they really show off their skills here. And title track Today We’re Warriors sees Tohill showing off her vocals in a more raw format. It initially reminds me of early Fiona Apple, with a chorus line that you can pick up almost instantly and a driving guitar riff and cymbal clash that sticks in your chest.

Moving through the tracks, Love Hate Song is for anyone who’s ever been wronged by a timewasting guy or girl in skinny jeans with a side sweep. Don your converse and kick the frustration out while dancing around to this upbeat, fast and furious offering to the single winner’s Gods. Guaranteed you’ll feel brand new afterwards – especially after the short but juicy guitar solo near the end.

Itch is a bit of a revelation at the end of the album. The most musically sophisticated when compared with the other tracks, here the lead guitar takes prominence and I am here. for. it.

This powerful album is described as driving the band towards new horizons and it can’t be argued with – an easy on the ear, catchy collection that will surely be hitting mainstream airwaves sooner rather than later.